Participatory budgeting is becoming increasingly popular, with more than 1,500 programs worldwide. The concept is simple: People submit ideas for what government should spend a portion of its money on and then vote on the best ideas. Until now, however, the process has been limited to cities and regions. Recently, Portugal became the first county to instate a nationwide participatory budgeting (PB) process with Orçamento Participativo Portugal.

While the amount allotted for the project is relatively small in its first year — €3 million, as opposed to the €100 million spent in 2016 in Paris, the world’s largest PB project—it’s a step toward engaging people both in cities and in rural areas. It also gives government officials a better idea of what people want and need in their lives and communities.

To better reach those in outlying areas, organizers of the Portugal PB project, led by Graça Fonseca, the minister responsible for it, hope to enable people to vote via ATM machines. This is to boost turnout and ensure that more voices are heard in the democratic process. As Fonseca wrote in apolitical: 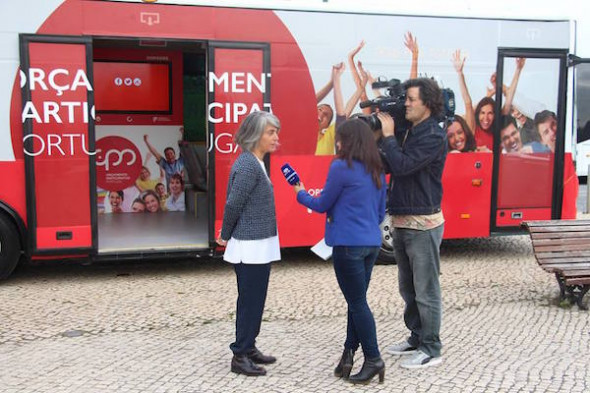 The official window for proposals begins in January, though some ideas, including one to equip kindergartens with open-source technology to teach them about robotics, have already been submitted. Proposals can be made in the areas of science, culture, agriculture, and lifelong learning. Organizers will host more than forty events next year for people to present and discuss their ideas.

“The organisers hope that it will go some way to restoring closer contact between government and its citizens,” writes Fonseca. “Previous projects have shown that people who don’t vote in general elections often do cast their ballot on the specific proposals that participatory budgeting entails.”