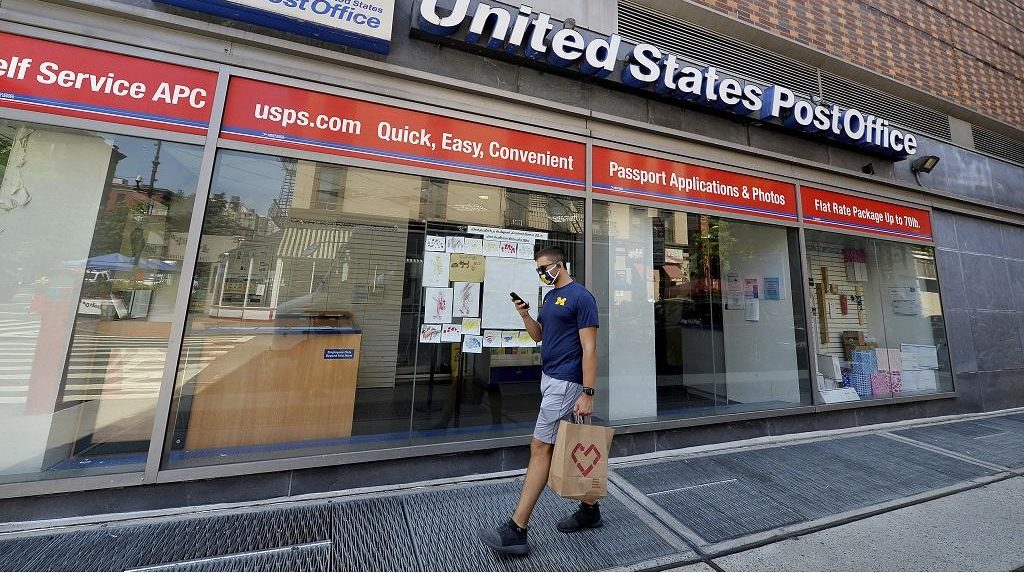 Postal Banking Test In The Bronx Yields No Customers

Above photo: While 9.4 percent of New York City households have no bank account, in the Bronx that number nearly doubles to 17.7 percent. Anthony Behar/SIPA USA via AP images.

From September 13 to October 31, not a single customer put a paycheck on a gift card in one of the four test locations.

New York City – When the United States Postal Service launched a test program in September allowing people with business or payroll checks to get them loaded onto gift cards at four neighborhood post offices, it was seen as a primitive precursor to a postal banking system. But in order for the test to be successful and mature into a pilot, it has to actually be, well, tested.

According to postal employees at Baychester Station in the Bronx, one of four locations nationwide where the test is being carried out, not a single business or payroll check transaction was made between September 13, when the test launched, and October 31. Some union leaders who support the postal banking concept have become frustrated by the selection of Baychester, and the lack of muscle for the project from the USPS.

“If you were to pick a place where [the test] was least likely to function, Baychester would be one of the top places,” said Chuck Zlatkin, legislative director for the New York Metro Area Postal Union. “I did say to someone, ‘What—are you going to wait until a mystery shopper comes to find out where the thing works?’”

When asked to explain why Baychester was selected and why no transactions have been conducted there, USPS spokesperson Tatiana Roy said that the agency had “no additional information to provide at this time” other than a recycled statement from the launch of the project in September.

According to Zlatkin’s national union, the American Postal Workers Union (APWU), other locations have yielded transactions, in particular the station in Baltimore, Maryland. But there is a general sense of frustration within the union with the progress of the tests. For example, the only indication of the gift card option at the participating post offices is a small sign in the window, no bigger than an index card. Nothing on the outside of the post offices indicates that the test program can be accessed there.

Union leaders say they have held the Postal Service’s feet to the fire in internal conversations. However, they added that they believe there’s a sincere effort to make the overall system work, and that there will be an expansion soon.

The Postal Service has insisted that the current project is just a technical test. But the lack of take-up has raised fears that Postmaster General Louis DeJoy is using the promise of postal banking to neutralize criticism of his tenure from the USPS’s biggest union, without moving the nation any closer to the goal of a public option for financial services.

The Bronx was seen as an ideal location for a postal banking pilot because of its demographics. While 9.4 percent of New York City households have no bank account, in the Bronx that number nearly doubles to 17.7 percent, according to 2019 data from the city’s Department of Consumer and Worker Protection. These would be precisely the people attracted by a postal banking option.

But the Baychester Station is located in the Northeast Bronx, and the demographics there have none of the precarity of the South Bronx. Neighborhood Scout puts the average rent in Baychester at $3,381 per month, more than twice as much as the rest of the borough, and home prices are high there as well. It was unlikely that residents using this post office had $500 paychecks (the current limit for the test) they had no other way of cashing. In addition, the largest housing development in Baychester, known as Co-op City, already has two post offices serving it. The Baychester Station is relatively low-traffic.

“Statistically, the Bronx was one of the neediest places in the country,” Zlatkin said. “But Baychester is not a place where it’s going to work.”

Why was Baychester chosen? The APWU had always focused on the Bronx as a pilot location because of the enhanced need. But when Jonathan Smith, president of the New York Metro Area Postal Union, the largest APWU local in the country, was asked to recommend Bronx postal locations for the test, the Postal Service set the criteria as low-crime areas. “There are 40 post offices in the Bronx, and 36, 37 of them wouldn’t be considered low-crime areas,” Zlatkin said. Baychester was one of the few that met the criteria.

Baychester clerks expressed frustration at the rushed launch. District management was unaware of the pilot until days before the September 13 launch date. In the end, there was only one 15-minute training session, on the Friday before the launch. Clerks who weren’t working that day received no training, nor did “pool clerks” who fill in at the station when there are vacancies. There was also no signage publicizing the project on day one.

But the training wasn’t the biggest problem; it was the lack of customers.

In August, the House included an amendment to an appropriations bill that would deliver $2 million to support postal banking pilot programs in five rural and five urban ZIP codes. That bill has not passed into law. So far, the USPS test programs are only happening in urban locations, and only in one post office per ZIP code.

Zlatkin believes that DeJoy, who has been roundly criticized for degrading postal operations and instituting new standards that weaken service and raise prices, has used the tests as something to give to the APWU, in advance of contract negotiations. “It’s like he’s playing the union with this,” Zlatkin said.

Frustration with DeJoy and the Democratic-majority Postal Service Board of Governors that has not yet terminated him is starting to boil. Sen. Tammy Baldwin (D-WI) last week became the latest elected official to oppose renominating Ron Bloom, the current president of the Board of Governors, to another term after his expires in December. “I don’t believe that Postmaster General DeJoy understands who he works for—the American people,” Baldwin said in a statement. “I oppose Ron Bloom’s nomination to a new term because I would like to see a new Postal Board of Governors show DeJoy the door and bring on a new Postmaster General.”

The tests were a rare bright spot in DeJoy’s tenure. Both the USPS and the APWU have previously claimed that after the holidays, the test would expand to all postal locations within the pilot cities, with a marketing plan to let people know about the service. There could also be changes to the price point of $5.95 for a transfer of up to $500 onto the gift card, or a raising of that $500 limit.

But the lack of take-up in Baychester has made Zlatkin wonder what the point of the testing is. “We worked for years to get this going,” he said. “After all this time from 2014, we finally get some kind of movement on this, and this is how it’s handled. It’s hard to comprehend if anybody wants this to work.”

David Dayen is the Prospect’s executive editor. His work has appeared in The Intercept, The New Republic, HuffPost, The Washington Post, the Los Angeles Times, and more. His most recent book is ‘Monopolized: Life in the Age of Corporate Power.’