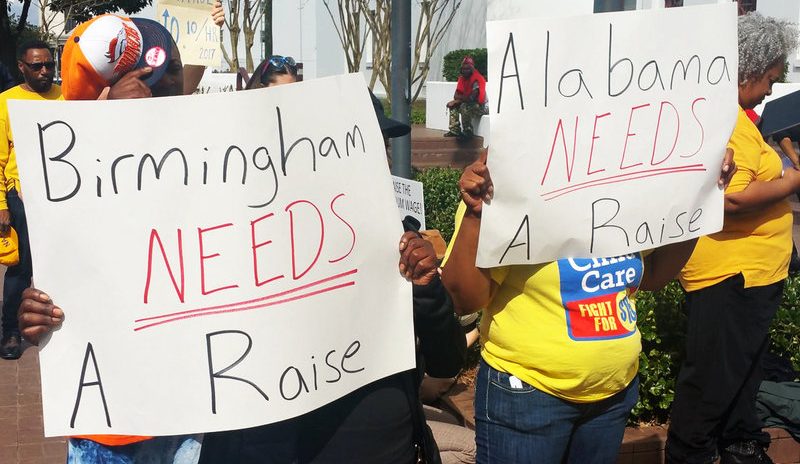 Preempting Progress In The South

State interference in local policymaking prevents people of color, women, and low-income workers from making ends meet in the South.

A new report from the Economic Analysis and Research Network (EARN) at EPI and the Local Solutions Support Center (LSSC) describes the ways in which state interference—in the form of preemption—is impeding local democracy and hamstringing progress on a variety of economic, social, and public health issues for communities throughout the South. The report also describes how this interference is a continuation of long-standing state-imposed policies and practices rooted in anti-Black racism and how modern-day misuse of preemption disproportionately disadvantages workers of color, women, and low-income workers. The report offers specific case studies illustrating how preemption in the aggregate interferes with and limits local democracy.

Across the U.S., local governments have varying degrees of authority to pass their own local ordinances. State lawmakers—particularly those in the South—regularly override local worker’s rights ordinances and strip local communities of the power to establish their own labor standards. These preemption measures are pushed by corporate interests and right-wing groups like the American Legislative Exchange Council (ALEC). This trend has increased dramatically over the last decade in particular.

“The southern United States has a dark history of insidious racist policy and structural racism today continues to harm Black and brown workers today,” said Senior State Policy Coordinator Jaimie Worker, a coauthor of the report. “Preemption allows for state policymakers (who are overwhelmingly white and male) to prevent communities from increasing economic security through policies that would disproportionately impact workers of color and women.”

“Preemption has historically been used by predominantly white male legislatures to stop progressive policy making in Black majority cities and towns with the goal of maintaining the economic and racial status quo,” said Kim Haddow, Director of Local Solutions Support Center. “The pandemic is making matters even worse—communities aren’t able to enact and enforce public health policies that would do more to protect the lives and livelihoods of their residents. The same people most impacted by the preemption of local paid sick day laws, equitable housing laws, and municipal broadband are the same people most affected by the pandemic. The pandemic has made it clear, the imbalance between state and local governments has life and death consequences.”

Many local communities in the South have been prevented from enacting policies on a multitude of work-related issues, such as minimum wages, fair scheduling practices, paid leave programs, prevailing wage requirements, and other workplace protections. Southern communities have also been blocked from implementing various other social and economic policies that are increasingly common in other parts of the country, such as laws protecting LGBTQ communities from discrimination, immigrant rights measures, environmental protections, and ordinances removing Confederate monuments.

This longstanding trend of preemption has only worsened during the pandemic. Many executive orders issued by Southern governors have outlawed local public health measures that were stricter than the standards set by the state, including Mississippi, South Carolina, Florida, and Arkansas all challenging or prohibiting cities and counties from enacting coronavirus-related protections. More information about the intersection of the pandemic and preemption, and the negative consequences for local residents and local governance, is available here.