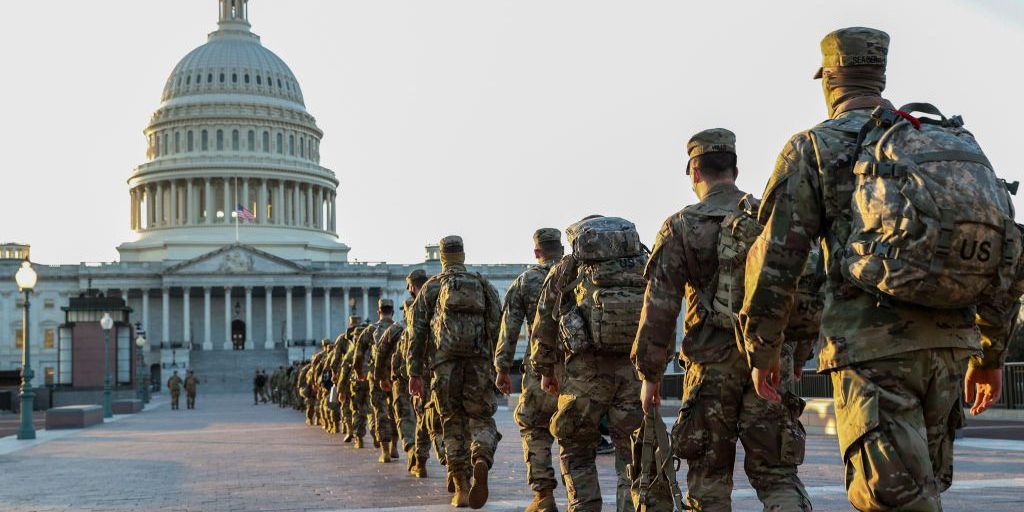 President Biden: End The War On Terror At Home!

Twenty years ago today, your predecessor signed into law an Authorization for Use of Military Force (AUMF) in response to the September 11, 2001 terrorist attacks. Many in Congress understood themselves as voting for the impending invasion of Afghanistan,  but the Bush Administration was launching a Global War on Terror in which the whole world is the battlefield. Since its passage, the AUMF has been used to justify military actions in at least nineteen countries.

The domestic United States was also declared part of this global battlefield. Citing war time authorities, the Bush Administration claimed it could circumvent domestic legal and constitutional protections to engage in warrantless surveillance and detain without trial US citizens. They got Congress to pass expansive new surveillance laws such as the USA Patriot Act. They rolled back checks put on the intelligence communities in response to the abuses of the Cold War, while treating Muslim, Arab, and South Asian Americans as a fifth column, and dissent as disloyalty.

While the Bush Administration launched these policies, the Obama and Trump Administrations cemented and expanded them. Under Obama, the US carried out drone strikes targeting US citizens, ratified bulk collection of US citizens’ metadata, initiated the Countering Violent Extremism program, and revived the World War I-era Espionage Act to punish War on Terror whistleblowers. Trump called for the surveillance of mosques, enacted a Muslim Ban, and continued to abuse the Espionage act, using it to indict a journalist for publishing truthful information about US war crimes.

You made the decision to end the US ground war in Afghanistan. We applaud this decision. But after twenty years, it is time not just to end the war on terror abroad, but at home too.

The 2001 AUMF was a blank check for war. In addition to being used to circumvent Congress’s Constitutional war powers, it has also been used to justify curtailing civil liberties at home. With the ground war in Afghanistan ended, there is no justification for the AUMF. It must be repealed without a replacement to prevent further abuses.

The US is Not A Battlefield

You must repudiate any legal theories that seek to treat the domestic US as a battlefield and allow the president to conduct surveillance or detention based on wartime authorities.

Military detention at Guantanamo Bay was justified based on the AUMF and pursuant to the law of war. However, just as we cannot tolerate a “forever war” we cannot tolerate “forever prisoners.” The prison must be closed and individuals held there must either be tried in a court of law or released.

Since 9/11, the government’s powers to conduct surveillance have been dramatically expanded. At times the executive branch has operationalized mass surveillance within the United States without any authorization from Congress or the courts, like the President’s Surveillance Program or the creation of terror watchlists. At other times, these powers have been granted by Congress through legislation, such as the USA Patriot and FISA Amendments Act. These laws have been exploited by the executive branch to enable the NSA’s bulk collection of US citizen’s metadata and the FBI’s warrantless “backdoor searches” of US person’s communications.

One of the most controversial provisions of the Patriot Act, §215 sunset on March 15, 2020, and has not been renewed. The NSA has similarly ended the Call Details Record Program.  There should be no attempts to restart the program or bring back the controversial surveillance provision. §702, which has facilitated the NSA’s surveillance of the internet and is the legal foundation for the PRISM and Upstream programs, must also be sunset. At a minimum, warrantless backdoor searches of US person’s communications must be prohibited.

The Department of Homeland Security was created after 9/11. Far from keeping Americans safe, it has facilitated abuses of civil liberties and should be dismantled.

The discredited Countering Violent Extremism program has been repackaged and renamed as the CP3 program (Center for Prevention Programs and Partnerships). Like CVE, CP3 continues to arrogate trusted community members and organizations to identify potential terrorists based on protected First Amendment activity. While DHS and DOJ claim the program is meant to identify potentially violent white supremacists, it continues to be deployed against Muslim and immigrant communities. The program is constitutionally questionable and there is absolutely no evidence that it works. It should be ended.

Rein in the FBI

In the years after 9/11, multiple Attorneys General rolled back guidelines that checked the FBI’s ability to abuse its investigatory powers. The FBI escalated its practice of using its counterterrorism authorities to investigate political speech, and subjected the Muslim, Arab, and South Asian American communities to suspicionless surveillance. The FBI began the practice of deploying agent provocateurs to find people, entice them to agree to participate in fictitious terrorist plots, and then arrest them in controversial “stings.” This practice has overwhelmingly targeted Muslim, Arab, and South Asian Americans, but was also used against Occupy Cleveland. The FBI should be limited to investigating violations of the federal criminal code and face guidelines that explicitly prohibit political, racial, religious, and national origin profiling.

Dissent is Not Disloyalty, Whistleblowers Are Not Spies

As part of the War on Terror, those who dissent have been repeatedly treated as disloyal. Law enforcement and intelligence agencies have used expanded counter terrorism authorities to surveil domestic political movements, demonstrating a failure to distinguish between political expression and actual terrorism. The century old Espionage Act has taken on a new life as the government’s go-to weapon against War on Terror whistleblowers who have exposed unconstitutional surveillance, torture, and war crimes. The US is now seeking to extradite Australian journalist Julian Assange to stand trial under the Espionage Act for publishing truthful information about US war crimes. The demonization of dissent must stop and First Amendment protections must be enacted to prevent further political surveillance. The Espionage Act must no longer be used against whistleblowers and journalists, and those charged under it for exposing US war crimes must receive full pardons.

We applaud your executive order to review for declassification documents pertaining to the FBI’s investigation of the 9/11 terror attacks. From the intelligence failures in the lead up to the attack, to the wars, surveillance, and abuses of civil liberties in response to it, 9/11 and the War on Terror have been invoked by the government to justify heightened secrecy. The Senate Select Committee on Intelligence report on torture carried out by the CIA remains mostly classified by the executive branch. Your recent executive order needs to be the first step of many to promote meaningful transparency, including declassification, into the War on Terror.

In addition to transparency, we also need accountability. The architects of torture, other war crimes, unconstitutional surveillance, and abuses of civil liberties have evaded any sort of accountability. The policy of looking forward, not backwards when it comes to official abuses of power, including outright criminal conduct, has deeply damaged our democracy. Those responsible for serious abuses of power must be held accountable, including by potential criminal prosecutions.