President Trump’s Tariffs Are Not Really The Point

China isn’t “cheating” on trade. They are playing a different game: advancing the interests of their nation, rather than global corporations. America’s new trade policies should advance the interests of our people.

(August 6, 2018) — We pay too much attention to President Trump’s tariffs. We’ve missed the point of what China is doing, and what we want.

Ronald Reagan told us that markets are good, government is bad, and we should let free markets solve all our problems. Winners will prosper, and gains will trickle down to workers and communities. At the global level, this meant free trade policy that blurs national boundaries, and merges or integrates our economy into the global economy. This approach shifts power in favor of global corporations, while reducing policy space for governments, workers, communities, and the environment.

China has never accepted our free-trade free-market model. Zhang Xiangchen, China’s ambassador to the WTO, made this clear a few days ago.

“China has been vigorously exploring a road of market economy, which suits China’s own national situation and circumstances, and we have made remarkable progress in this endeavor. Whatever others may say, we will march along this road unswervingly. … As for those who speculated that China would change and move onto a different path upon its WTO accession, … that was their wishful thinking.”

China has their form of mixed economy – partly market-oriented with significant national industrial policies. Their strategic plan is vast, comprehensive, and compelling. China’s One Belt One Road strategy is part of a huge infrastructure program to extend influence and move their products to Africa, Europe, the rest of Asia, and South America. Their industrial strategies are designed to dominate ten industries of the future.

China’s leaders understand that free trade blurs national boundaries and national identities. That is the exact opposite of China’s unswerving march to becoming a dominant economic and political power.

From our free-market perspective, China is cheating. It’s more realistic to say they are playing a different game with different rules. Trump tariffs are meant to get China to “play fair” – to follow our rules.

Zhang Xiangchen is telling us, “That dog won’t hunt.” China will not abandon their highly successful vision, become model capitalists, and fall into line with the neoliberal free-trade principles at the core of NAFTA and the WTO model for globalization. (“Liberal” in this sense means free or liberated from regulation.)

Ironically, Donald Trump himself broke the spell of free-trade orthodoxy. That is a political fact. Trump’s success with disenchanted voters can be traced directly to the fact that the neoliberal free-trade model is exhausted, socially, politically, and economically. Robert Kuttner makes the definitive statement to that effect, in his new book.

President Trump is using tariffs to achieve his goal of balanced trade. OK. Exports should equal imports, more or less. A country that runs large chronic trade deficits – us, for instance – will have serious problems.

However, balanced trade is not a strategy.

Since the mid-1970’s, our neoliberal policies have de-industrialized our economy, and underinvested in infrastructure. Student debt is over a trillion dollars and rising. Resentment over wage stagnation is destabilizing of our political system. These are all market failures. Correcting market failures demands some form of mixed economy with strong public policies that express our values as a country.

Most of us want public policies that create stronger communities, opportunity and fairness, invest in the future, and raise living standards.

That requires investments in infrastructure, education, and research and development. We need answers to inequality and climate change. We need good jobs and economic security.

China’s industrial policies reflect their values. Japan, South Korea, Singapore, Germany, Canada, and Scandinavia all have some form of mixed economy with industrial policies that recognize their national interests and reflect their values. In our own history, we developed national strategies that industrialized our economy in the 19th century and made America pretty good, if not great, in the 20th century.

In China, the purpose of their economy is to acquire the means of production, consistent with their Marxist tradition.

In our failed neoliberal model, the purpose of an economy is to make business succeed, particularly global companies that produce offshore.

In a more balanced approach, the purpose of an economy would be to improve the quality of life and raise living standards. 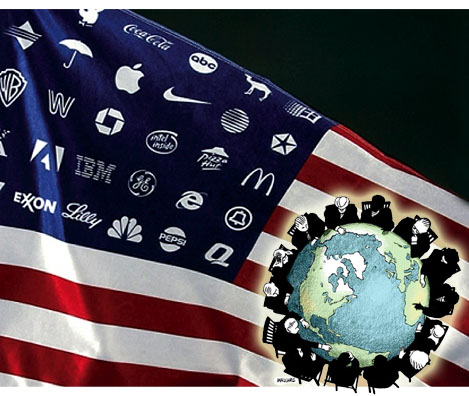 President Trump’s negotiators are updating NAFTA. The new agreement may include stronger labor rights in Mexico, more U.S. content in autos and government procurement, and higher wages for some Mexican workers. It may reverse the corporate-centric power distortions in NAFTA’s dispute settlement system. These improvements are sometimes called “harm reduction.” This is good, but not inspiring, since it accepts the underlying harm, just less of it.

If we see improvements in NAFTA that reduce harm, we should regard those improvements as turning points. Each positive step builds momentum for fundamentally rethinking the way we manage globalization to favor workers and communities. In that case, all three NAFTA countries would want a sunset or review provision in NAFTA so we can each adjust our economic and trade policies as strategic goals develop.

President Trump leads the rancorous Republican rethinking of how we manage globalization. Democrats may or may not be able to articulate an alternative. The sooner we start this national conversation, the better.