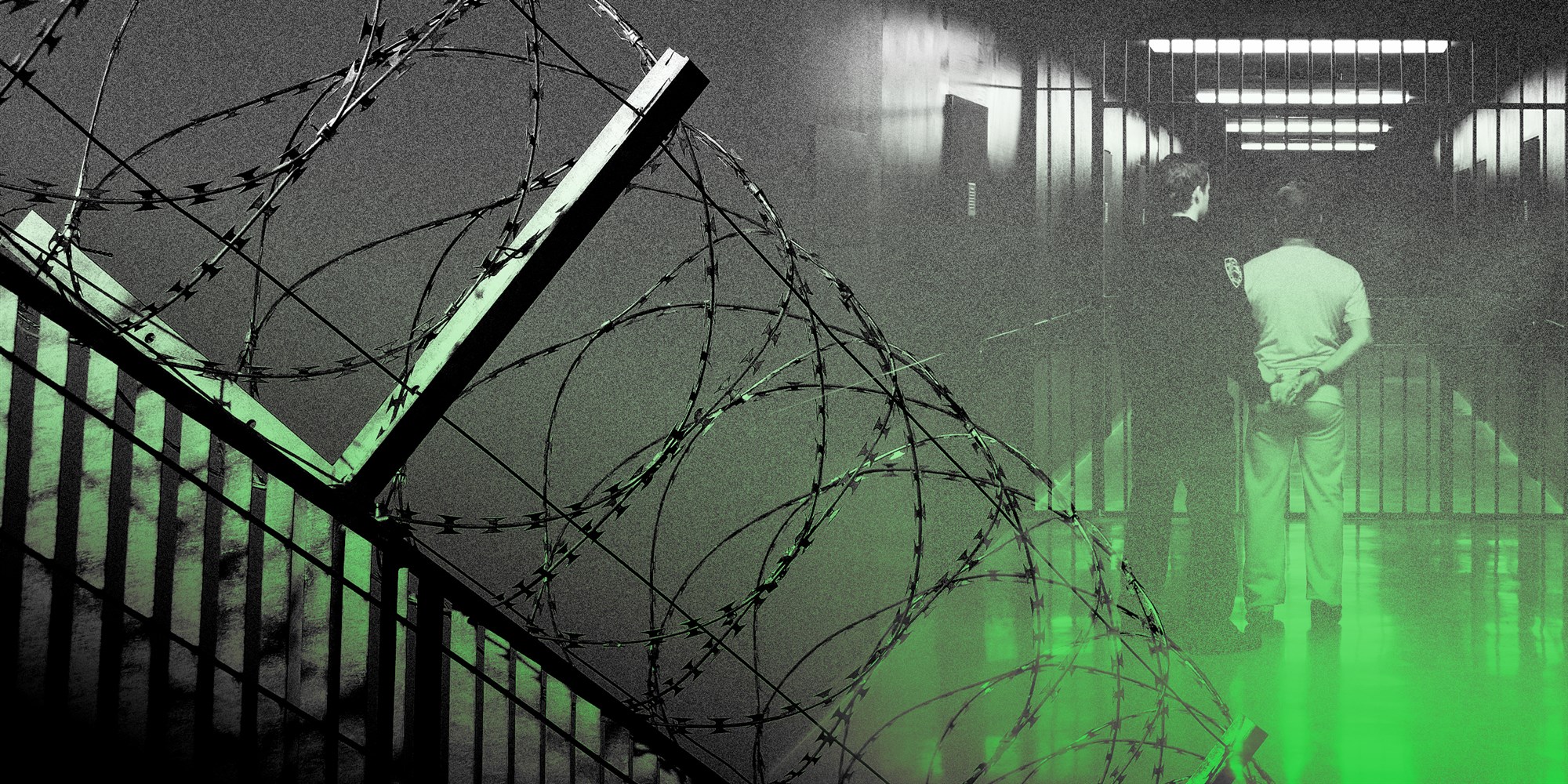 Above photo: Advocates in several states have raised concerns that some prisoners do not have access to the forms they need to apply for the stimulus money. NBC News; Getty Images.

Some prisons are standing in the way.

A federal judge ruled prisoners can get the $1,200 checks many Americans received. Some prison systems are putting up roadblocks, lawyers and prisoners say.

Within days, the men were flooded with rejection emails declaring that the Federal Bureau of Prisons had abruptly banned their newsletters, saying they were “detrimental to the security, good order, or discipline of the facility, or might facilitate criminal activity.”

What did last week’s newsletters have in common? Citing a recent court ruling, both told prisoners how to apply for the $1,200 economic stimulus checks that much of the rest of the country received in the spring through the Coronavirus Aid, Relief and Economic Security Act, or CARES Act.

The possibility of checks for prisoners has been a contentious issue, with the IRS first allowing and then disallowing the payments before a federal judge stepped in late last month to clarify: Prisoners, too, can get paid.

But according to attorneys, prisoners and their advocates, some prison systems appear to be erecting roadblocks to payments approved by Congress and the courts. Advocates in several states have raised concerns that some prisoners do not have access to the forms they need to apply for the money, and that some officials are not providing information about how to fill them out correctly. The newsletter authors called their suspension last week another sign of the reluctance by some officials to allow the payments.

“I don’t think it’s a coincidence that both of us were putting information out there about stimulus money and magically, a couple days later, we’re blocked,” said Sample, who sued the Bureau of Prisons last week accusing officials of violating his First Amendment rights by singling out his stimulus newsletter dealing with federal law and public money.

A bureau spokesman declined to comment on Sample’s allegations, saying he could not discuss pending litigation.

Sample said that in response to his lawsuit, a government lawyer told him his newsletter was suspended by mistake. The agency unblocked both newsletters Friday, but Sample said the bureau could not recover their mailing lists that took years to accumulate, meaning that each newsletter subscriber must sign up again.

“I don’t think anything the agency is saying is true,” said Sample, a former federal prisoner who became a lawyer in 2016. “That’s my historical experience.”

Since the pandemic began in March, the IRS has sent emergency payment checks to at least 159 million people.

Initially, the IRS issued payments to people behind bars. The $2 trillion federal stimulus package excluded dependents and foreigners without legal residency, but it didn’t explicitly disqualify incarcerated people. When an internal auditor noted in May that the IRS was automatically sending checks to prisoners and dead people, the agency abruptly changed course, blocking payments to prisoners and saying those who’d already received the money should pay it back. A federal report in June found that the government had paid $100 million in stimulus money to about 85,000 prisoners.

That’s when prisoners decided to sue. In stopping the payments, the IRS cited in part a different law that bans prisoners from receiving monthly Social Security benefits. In its response to the lawsuit, the agency also cited concerns about fraudulent claims made using prisoners’ identities and said the CARES Act did not give prisoners a right to the stimulus payments, which are essentially a credit on a person’s 2020 taxes.

At the end of September, U.S. District Judge Phyllis Hamilton for the Northern District of California ruled in the prisoners’ favor, agreeing with their claim that the government’s actions were “arbitrary and capricious” and ordering the IRS to send checks to incarcerated people. The government has given notice that it is appealing.

Despite the spat over the long-standing legal newsletters, several federal prisoners said that in recent weeks they’d generally been able to access the forms they need to fill out to get the money, printed from the bureau’s digital inmate bulletin board. But many prisoners still lack access to those forms, and in some prisons, staff members are not helping them, prisoners and advocates said.

“When an inmate is in [solitary] they do not have email, electronic bulletin board, or printing access,” Rhonda Fleming, who is imprisoned at the federal facility in Tallahassee, Florida, wrote to a reporter. “So inmates nationwide are being denied the ability to file for the stimulus check.”

Fleming, who was convicted in a fraudulent Medicare billing scheme, also noted that federal prisoners have to pay to print the forms and that her unit’s printers are often not working or not accessible.

Bureau of Prisons spokesman Justin Long did not initially address questions about access for prisoners in solitary confinement. After this article was published, Long said the bureau makes accommodations when those prisoners don’t have access to email. He said that malfunctioning printers are fixed or replaced as quickly as possible.

People in state prisons voiced similar frustrations to those in federal lock-ups.

“Some forms came in the mail today and they were confiscated by the mailroom,” a Pennsylvania prisoner wrote in a letter to an advocate, who shared it with a reporter on the condition that the prisoner’s name not be published. “I appreciate the time that was taken to send those forms, so fortunately, I’ll be able to send them back so they don’t get destroyed in 15 days, because of mailroom rules,” the prisoner wrote, returning the forms to the advocate.

Through the advocacy group Prison Abolition & Prisoner Support, activist Azzurra Crispino has been spearheading an effort to get instructions and forms to prisoners in every state. Since a judge ruled prisoners were eligible for the payments, more than 150 volunteers have mailed 1,500 packets. From prisoners in most states, they’re hearing back with thank-you notes. But in a few, they’ve run into obstacles.

“The two states that have been refusing everything as far as I can tell are Pennsylvania and Michigan,” she said. “In Texas, it appears to be unit by unit.”

In some states, Crispino said, prisons have explicit rules banning the receipt of blank tax forms, so her volunteers filled out relevant fields — yet sometimes they still received rejection notices.

A Texas prison official did not respond to a request for comment. In Pennsylvania a prisons spokesperson could not confirm that the paperwork was being rejected by mail, but said that incarcerated people didn’t need to be sent the forms because the agency has made them available after the recent court decision.

In Michigan, Department of Corrections spokesman Chris Gautz said the agency reversed course in recent days and began allowing the forms through mail, in addition to sending the information and forms to prisoners through the JPay correctional email system.

To receive the payments, incarcerated people must file a tax return by Nov. 4, even if they earned no income in 2019. Or they can register online by Nov. 21, the deadline the IRS has set for anyone who is not typically required to file tax returns.

Sample, the newsletter author, said Bureau of Prisons officials still have not fully explained why they blocked his newsletter. He hopes to rebuild his subscriber list, a process that may take years. In the meantime, he bemoaned that thousands of people in prison have lost their access to legal information.

“The agency is always trying to do what they can to keep people in the dark,” he said.