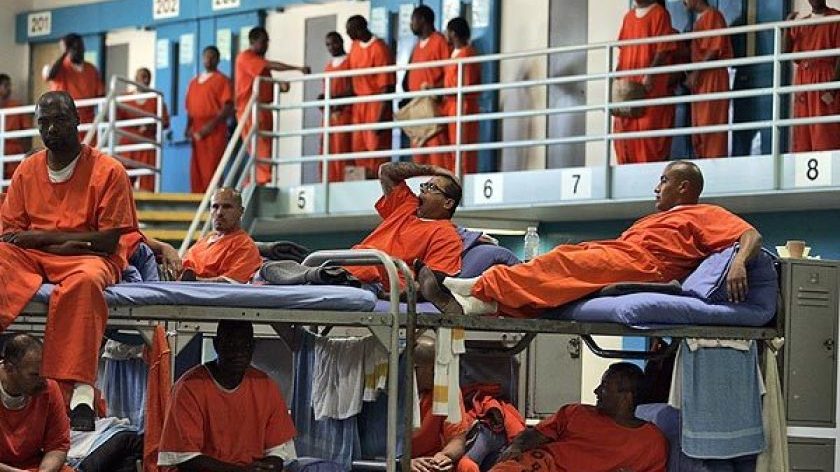 Prisons And Jails Are COVID-19 Super-Spreaders

Give Prisoners the Vaccine Now.

Inmates in federal prisons, state prisons and local jails should be in the first cohort of people to be offered COVID-19 vaccinations.

One in five prisoners in the U.S. has been reported to have had COVID-19. That’s 20% of people behind bars. And that is likely a “vast undercount,” according to Homer Venters, the former chief medical officer at New York’s Rikers Island jail complex.

If compassion for prisoners does not move policy makers or the general public, then eyes should turn to a pair of recent studies, one by the Prison Policy Initiative and the other by the Marshall Project, focused on prisons and jails in the U.S. According to data in these two reports:

Are all you “free” men and women feeling safe right now?

In August, California Governor Gavin Newsom announced that Ralph Diaz, the former head of the California state prison system, would retire in October. Diaz had been the target of sharp criticisms for his approval of a transfer of 121 prisoners from the prison in Chino to San Quentin. This transfer, by all accounts, resulted in a massive COVID-19 outbreak in San Quentin, including 28 reported deaths, so far.

Assemblyman Marc Levine, a Democrat whose district includes San Quentin, has been quoted saying that “The spread of COVID-19 at state prisons was a preventable public health disaster and a failure of CDCR [California Department of Corrections and Rehabilitation] leadership at the highest level.”

That “highest level” should include Newsom. It is hard to believe that Newsom was unaware of Diaz’ approval of the Chino transfer. Newsom has also done little in response to demands that the prison population be spread out and thinned out in order to prevent the “public health disaster” that our system of mass incarceration has spawned.

The state of California’s conduct with regards to the pandemic and the prison population borders on genocide. Perhaps the biggest criminal in the state sits not in a prison cell, but in the Governor’s Office in Sacramento.

The recent uproar over the COVID-19 outbreak at the federal women’s prison in Dublin, California, which has put further strain on the already crisis-ridden health care system in Alameda County, is only the tip of the iceberg, hidden not underwater but behind the walls of our prisons and jails.

Despite all of this, the Tuskegee Experiment factor has to be addressed. The Tuskegee Experiment was a medical study of 399 Black men known to have syphilis, conducted by the U.S. Public Health Service. These men were told that they were being treated for “bad blood.” Instead, they were given placebos so that the researchers could study the progression of the disease, including blindness, mental impairment and autopsies after they died. This experiment went on for 40 years before it finally ended in 1972.

Given the racist history of the U.S. medical profession, of which the Tuskegee Experiment is only one grotesque example – and given the ongoing medical neglect and abuse of prisoners in general – it would hardly be surprising that some prisoners would refuse a COVID-19 vaccine shot, if given the choice. But a failure to offer prisoners the option of the vaccine is just as much medical abuse as the failure to provide penicillin to the victims of the Tuskegee Experiment.

As we head into the new year, COVID-19 infections among prisoners show no sign of slowing down. In fact, last week the surge of new COVID-19 cases in U.S. prisons reached the highest level to date. We are all, prisoners and non-prisoners alike, suffering the consequences. This is very literally an example of the adage that an injury to one is an injury to all.

The least Newsom could do is to arrange to offer the vaccine to state prisoners, for the safety of everybody.