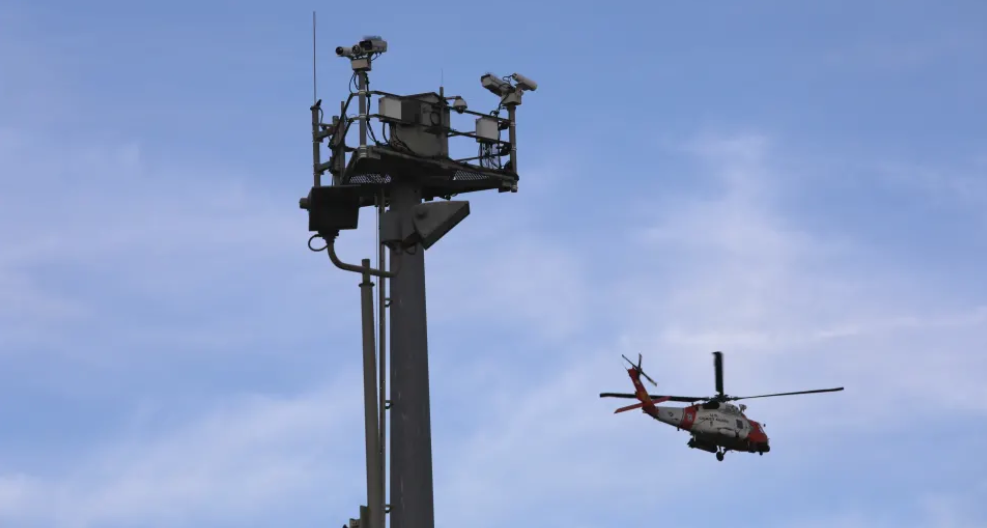 A coalition of privacy and immigrant rights groups are pushing back on the Biden administration’s proposal to deploy a “smart” wall on the southern border.

In a statement released Thursday, first obtained by The Hill, the 40 groups slam the legislation introduced in Congress last week as a “continuation of the Trump administration’s racist border policies, not a break from it.”

The letter pans the proposed use of “smart technology” at the border as “Trump’s wall by another name.”

The mammoth immigration bill, which is being spearheaded by Sen. Bob Menendez (D-N.J.) and Rep. Linda Sánchez (D-Calif.), authorizes the Department of Homeland Security to develop technology and surveillance infrastructure to “manage and secure the southern border.”

The Biden administration’s proposal is light on specific systems, but pushes for technology at ports of entry — border crossing points, shipping ports and airports — that can expand the ability to “detect illicit activity.”

Several sections of the legislation call for the collection of biometric data, and at one point it mentions improving “non-intrusive inspection equipment, and radar and aerial surveillance equipment.”

That lack of specificity “allows for very expansive deployment of technology at the border,” Julie Mao, director of Just Futures Law, told The Hill.

“ ‘Smart technology’ is essentially the existing technology infrastructure that is already getting built at border points of entry, and frankly in the interior of the U.S.,” she said, pointing to funding allocated in the 2021 financial year budget to manned and unmanned aircraft, tower-based surveillance tech and efforts by the Department of Homeland Security (DHS) to build out its own biometrics database using facial recognition and iris scanning.

“What the Biden bill does is overkill on tech surveillance,” Mao added.

The groups, including Mijente, Fight for the Future and United We Dream, point to research suggesting that this kind of technology can lead migrants to take longer and more dangerous routes that can result in increased deaths.

The immigration proposal includes some level of oversight, including requiring the DHS inspector general to ensure that the deployed systems are effective, the least intrusive means and cost effective.

The evaluation requirement is inadequate, the groups say, because the inspector general lacks authority and the analysis is focused on determining whether the systems are good at deterring immigrants, which they argue is the wrong goal.

“The question cannot continue to be: ‘How do we more efficiently deter migrants?’ ” they write. “Rather than pursue failed strategies, the Biden Administration should invest in border communities, restore areas harmed by wall construction, welcome people seeking safety or a better life, and curtail funding for invasive surveillance technologies.”

The statement also points to the use of DHS technology purportedly for border surveillance to monitor activity in the U.S. The agency deployed helicopters, airplanes and drones to monitor Black Lives Matter protests last summer after the police killing of George Floyd.

“Border enforcement policies have long served as a testing ground for military grade surveillance at the border and far into the interior,” the groups wrote.

The Hill has reached out to spokespeople for the White House, Menendez and Sánchez for comment on the statement.

The Biden administration’s immigration proposal, which aims to give 11 million people a path to U.S. citizenship, has slim odds of passing through the deadlocked Senate.

The groups behind the letter praised efforts by the new president to roll back some of the Trump administration’s immigration policies but stressed that “protection from deportation and access to due process should not come at the cost of militarization and surveillance.”

This is not the first time that “smart” border technology has been suggested as an alternative to a physical barrier.

When Democrats and some Republicans floated a proposal in 2019 to fund drones, motion sensors and biometric collection instead of Trump’s $5.7 billion wall it was panned by civil liberties groups as “invasive.”

Although a stand-alone bill dedicating that funding to border technology never materialized, funding for the same systems was included in both the 2020 and 2021 budgets.