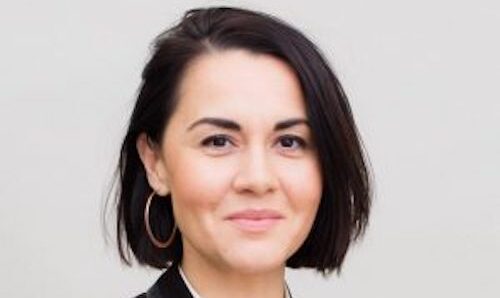 Privacy Is The Entry Point For Our Civil And Basic Rights’

Janine Jackson: The anticipated—but still devastating—Dobbs decision aims to take reproductive health care out of the hands of countless people, and it’s already having that effect. But one might think as terrible as that is, at least a person can go online to learn how to get to the nearest abortion access point, or order pills from Canada.

But the same social media platforms that constantly tell us they’re about building community around and through demographic and geographic barriers are not showing up hard for those values when it comes to a free flow of information on abortion access. What are they doing and what might they do?

Nora Benavidez: Hi, Janine. Thanks so much for having me.

JJ: Well, maybe let’s start with the shape of the problem. What are the concerns right now around data privacy that are generated specifically by this court ruling and other rulings around abortion access and its criminalization? What could happen? Or what do we see happening?

NB: From the outset, the gutting of Roe by Dobbs is so devastating for, of course, the constitutional reasons, that at one time, Roe codified and really affirmed that abortion was a basic right.

Dobbs, in overruling that, overturning that, has laid open states to pick and choose whether they will allow abortion providers and individuals that kind of right.

But we’re in a very different moment now in 2022 than we were in the 1970s, and that’s really because of the rise of the digital age. With it, as you mentioned in your opening, is that the Internet is our primary pathway for almost everyone, I think, to information, to healthcare to, you know, telehealth appointments.

And so there are these huge questions now about how people will access both just information, and then who is going to have access to that data that we are all of us engaging in and creating a footprint for.

The number one concern is that basically anything we do on our devices is reachable and is collected, retained, even sold by data brokers. In this new post-Roe era, in the states where abortion is criminal now, which is in the dozens, police and prosecutors will be able to buy information, both location and our search history, our app usage, to build criminal cases against women and providers of abortion.

And so it’s really kind of a terrifying moment where privacy is, in a very new way, the entry point for our civil and basic rights.

JJ: So in the face of that, what could social media platforms and ISPs do? I mean, a lot of them have these, we understand they simply are beholden to law enforcement. If law enforcement or the government asks for information, they hand it over. Is there something different that they could be doing in that regard?

Yeah, well, you know, so let’s start from what we already know. Platform companies are in the business of selling records to data brokers, to advertising firms. And a lot of what pre-Dobbs we’ve seen is that a lot of this information then allows platforms to target users with either content that they enjoy or content that otherwise discriminates, which is its own set of issues.

In addition, companies can also be subpoenaed, as you say. They can be subpoenaed by prosecutors who might be wanting the whereabouts of people seeking reproductive health care.

In the last year, Google has been forced to turn over its location information about its customers when law enforcement seek court orders for that information. What’s been interesting is that actually in response to Dobbs, Google has updated its privacy policy to start deleting location data about users who visit places related to their health.

My organization, Free Press, has been working on pressuring Google to modify its retention and collection practices. So this is a really huge step. It’s some initial victory. But that’s only one company. We’ve seen, for the last several years, other companies like Amazon have put major sets of information together for law enforcement when they seek something through a search warrant, subpoena, other court orders.

All of these are within the bounds of the law. The problem is that there’s that additional layer that law enforcement can actually circumvent both court oversight and other Fourth Amendment concerns by buying our data from third parties. So when they don’t want to go through the process of seeking a search warrant, a subpoena, or another court order, police can just circumvent it very easily. They can go through a data broker and pick and choose whatever they want to buy.

JJ: So what do we do in the face of this? I understand that there are certain legislative moves that are going on or being proposed. There has to be a way to address this.

NB: Yeah. Well, I always try to start with the individual and work my way up, and it’s always important, I think, to help affirm for people that they can seek out information. There are really wonderful guidelines now for how to protect yourself online. And whether that is through encrypted apps, using a VPN, those are important things to start learning about.

There are also then the much larger, what I call kind of systemic reforms that we need to be looking at. And as you say, some of that is through legislation. You know, Congress has currently a set of proposals before it that would limit what law enforcement can buy from data brokers.

One of those bills is called the “Fourth Amendment Is Not For Sale Act.” It’s a long name, but it’s a really good bill. And it closes a loophole that allows data brokers to sell our information to police without a warrant.

There is going to be a hearing on this bill coming up this month. Free Press has endorsed the legislation. I think that we need a groundswell of support all over the country who are saying yes, this is the kind of privacy protection we need.

We also then need more, you know, we need other agencies throughout the federal government to step in. And one of those critical ones is the Federal Trade Commission, which is tasked with oversight over deceptive practices, the kinds of things that we’ve described today where people’s data has been sold, otherwise used in nefarious ways.

And so the FTC has before it a really unique moment to look at use of data practices, and begin creating rules around how corporations can mitigate the harm to their customers and other consumers. So I hope that over the coming months we are going to see the FTC take this on with an open and participatory process. It’s one that we call a rulemaking, where they build a record of the harm and then begin developing the guardrails to prevent these kinds of deceptive, unfair practices.

But we need all of these things, Janine. This isn’t some distance threat. It isn’t like women may at some point risk being prosecuted. This is already happening around the country. And so we need advocates to start telling these stories to help make the link that what we do online has very real world consequences.

JJ: Well, first of all, it’s so dystopian, the idea of our information being packaged and sold to begin with, and it almost feels like, you know, shutting the barn door after the cows have escaped. Just bigger picture, it makes me think about publicizing, nationalizing the Internet anyway. I mean, isn’t it really a public resource, and the idea of all of our information being essentially a commodity is just kind of terrifying, big picture.

NB: I agree. I mean, and yet, many times when I talk with people, their natural instinct is to say that the gathering of our data actually helped. You know, there’s this intuitive sense that whatever I do on Facebook actually can help make my experience more unique and personalized. And that may be true in some instances where you start getting ads for the types of local Facebook groups that you actually might want to join. I get that.

What we have to start talking about is that there’s that underbelly to what’s really happening, and that the Internet no longer serves people in the ways that we once thought it held such promise to connect us all to make a more equitable future.

In the middle of all of that then, I just sort of think to myself, how do we talk about these issues to help people understand there are pros and there are very real trade offs, very dangerous ones that really strip us of our own autonomy.

If you’re doing something online unaware of the trade off that as you search for something, that search result will be collected, stored and even sold to someone, that isn’t just about making your local Facebook group recommendations better or more exciting for you. That really removes any anonymity, which is something that throughout history, this country has been so committed to, at least in theory.

You know, when the founding fathers dreamt up what the fourth amendment would be, it was early, early British rule where crown officials would storm into people’s homes and take their writing and their other belongings because it was seen as potentially threatening to the crown.

And so there’s this old history of all of it being centered on power. And so what we’re seeing now in the stripping of and the violations of our privacy all come back to the ways that our power has been taken from us.

JJ: Well, I guess I would say we do have a positive vision of an Internet that could have the good things that we want if we can build in these protections that help us in terms of privacy. We can have a positive vision going forward of what the Internet could be that’s kind of the way we thought of it, you know, hopefully, many, many years ago. That can still happen, yeah?

NB: I think it can, and some of the work that excites me the most, both in my own job at Free Press, the work I see across the country now from policymakers and allies on the ground throughout the country, are people who are trying to dream up what a better Internet would look like, and what real realized civil rights are online.

One of the most exciting places that I’ve seen this is through the Disinformation Defense League, a network of over 230 local organizations around the country, either led by or centering communities of color. We are so often—I’m a Latina, you know, I work with groups that are considered typically on the fringes and otherwise not really at the table for large, systemic conversations. And this network is one of the most exciting places that I have seen harvest and try to incubate great ideas for reform.

That includes policy reform, privacy protections, civil rights protections online, things that can intervene to blunt what we see as harmful and discriminatory practices online. So I think that there is a future Internet that we can realize, and we all need to have a voice and a seat at the table.

JJ: We’ve been speaking with Nora Benavidez from Free Press. They’re online at freepress.net. Nora Benavidez, thank you so much for joining us today on CounterSpin.

NB: Thanks so much, Janine.