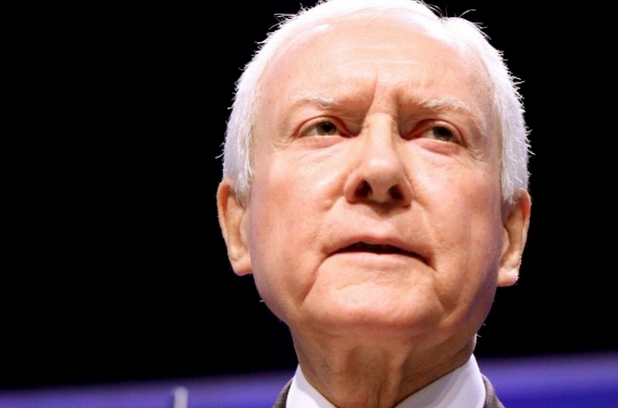 U.S. lawmakers are quietly advancing legislation that would penalize international participation in the growing movement to boycott, divest from, and sanction (BDS) Israel for human rights abuses against Palestinians.

With little notice, anti-BDS directives were injected into the “Fast Track” legislation that passed the Senate Finance Committee Wednesday night, despitebroad opposition to the bill, which gives the administration of President Barack Obama authority to ram though so-called “free trade” deals.

An amendment, included in the bill and sponsored by Senator Ben Cardin (D-Md.), stipulates that, as a principle of trade negotiations, the U.S. should put pressure on other countries not to engage in BDS against Israel of any kind, including refusal to do business with settlements.

The passed amendment has not yet been made public, but Josh Ruebner, policy director for the U.S. Campaign to End the Israeli Occupation, told Common Dreams that Cardin’s office confirmed that the language was based on the Senate legislation S.619, which states:

“They tried to sneak it through,” said Ruebner, explaining that the Campaign only found out about the legislation late Monday afternoon through “happenstance.”

According to Ruebner, the legislation is a “centerpiece” of the American Israel Public Affairs Committee’s (AIPAC) policy agenda and likely targets theTransatlantic Trade and Investment Partnership (TTIP) agreement, currently under negotiation between the United States and European Union, which would also be affected by Fast Track legislation.

“This is putting pressure on the U.S. Trade Representative and whoever else is doing the negotiating to discourage attempts to enforce the European Union’s guidelines of not doing business with Israeli settlements,” he said.

This federal push is not only taking place in the Senate.

A similar piece of legislation was submitted last month to the House Subcommittee on the Constitution and Civil Justice. The United States-Israel Trade and Commercial Enhancement Act (H.R. 825) would require the U.S., in trade agreements, to “discourage politically motivated actions to boycott, divest from, or sanction Israel and to seek the elimination of politically motivated non-tariff barriers on Israeli commerce.”

The potential implications of such legislation extend far beyond the ongoing negotiations with the EU, as its language refers to all trade agreements.

Furthermore, it appears to be part of a nation-wide strategy to pass legislation at the state and federal level to criminalize the call for BDS, which emerged from Palestinian civil society organizations in 2005 in a bid to win self-determination and freedom from occupation, using tactics similar to those levied to transform apartheid South Africa.

The U.S.-based organization Jewish Voice for Peace released a statement on Thursday condemning the advance of the legislation in the Senate: “From South Africa to the grape boycott to the Montgomery Bus Boycott, boycotts, divestment and sanctions (BDS) tactics have been essential tools used to create a more just society.”

But some say that the legislative push at the national level may, in fact, be an indication of the growing power of BDS movements.

Rabbi Joseph Berman, federal policy organizer for JVP, declared, “This legislation, which actually encourages illegal settlement building while strengthening the far right in Israel, shows that BDS is an increasingly powerful means to challenge Israel’s impunity when it comes to Palestinian rights.”