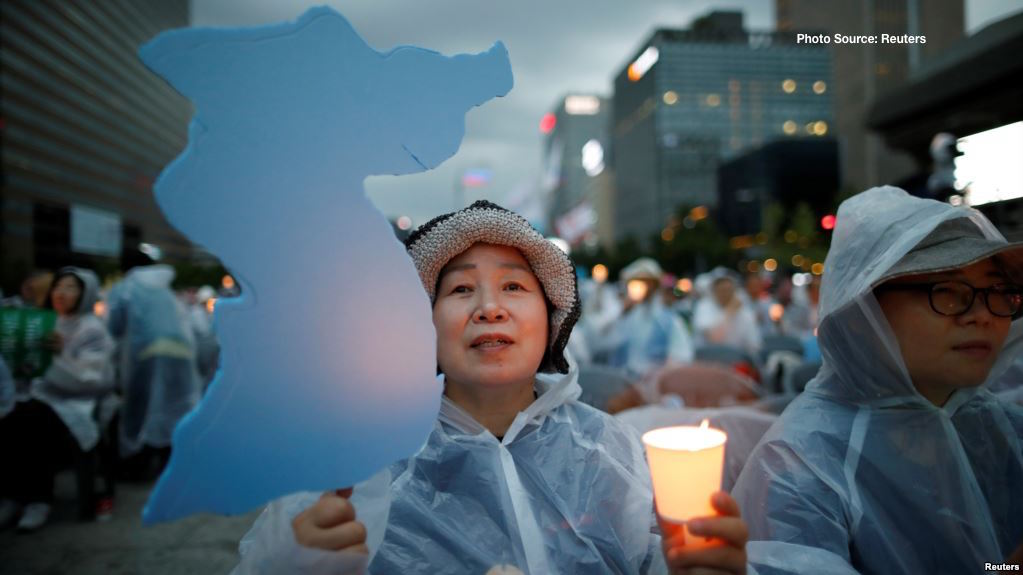 South Korean President Moon Jae-in delivered a message on December 1 urging North Korean leader Kim Jong-un to pay a reciprocal visit to Seoul within the year for the promised summit meeting in the capital city of South Korea, which will be historic first for a North Korean leader.

“I am certain that if denuclearization of the Korean Peninsula and inter-Korean peace are achieved through a reciprocal visit by Chairman Kim Jong-un, all South Koreans will truly welcome that with open arms,” Moon said.

More than half of South Korea’s university-age students now possess a positive view toward Korean unification, according to a new poll conducted by South Korean National Assembly’s Foreign Affairs and Unification Committee. The survey was conducted in early November, canvassing more than 1,000 university students nationwide.

Easing of Tensions on the Border Continues

North Korea blew up some of its front-line guard posts as part of an agreement to ease tensions along its heavily fortified border with South Korea. South Korea began dismantling its guard posts as well. Under the September 2018 military agreements, the two sides of Korea have also taken steps to disarm their shared border village of Panmunjom, halted live-fire drills along the border and have been removing mines at a front-line area to conduct their first joint searches for Korean War dead. These steps are in essence making the border area of the Demilitarized Zone (DMZ) true to its name and original intent.

In another sign of vibrant inter-Korean rapprochement, North and South Korea have combined their bids to list ssireum, a type of traditional Korean wrestling as a UNESCO world cultural heritage. The two sides of Korea have typically been in competition for adding new items to world heritage list and traditions widely shared between the two neighbors have so far been listed separately.

Unified inter-Korean teams have been on the rise since the formation of a combined women’s ice hockey team for the Pyeongchang Winter Olympics last February. Another indicator of warming of inter-Korean relations, inter-Korean sports exchange is likely to foster close cooperation in the 2020 Summer Olympics in Tokyo, the 2021 Asian Winter Games (where Gangwon Province is currently being pushed as a host site), and the 2022 Winter Olympics in Beijing.

Second U.S.-DPRK Summit in the Works?

President Donald Trump has said he will likely hold a second summit with North Korean leader Kim Jong-un early in the New Year and that three locations were being considered.

U.S. Military Says No Strategic Bombers Will Be Dispatched to Korean Peninsula