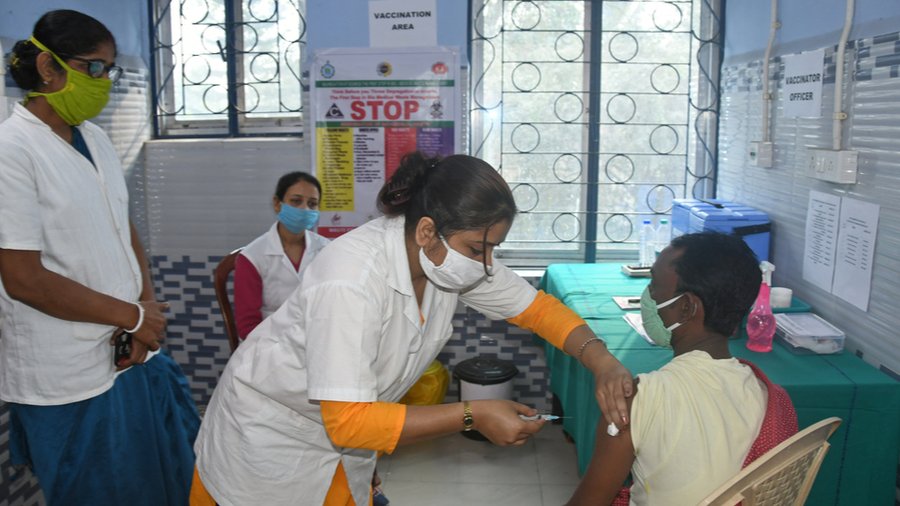 In an early test of Biden’s trade policy, advocates are calling on the White House to buck Big Pharma.

Last Friday, three days before a crucial meeting of the World Trade Organization, progressives in the trade, faith, labor, consumer, and human rights communities sent an urgent request to the Biden administration.

These nonprofits and unions are urging the administration to act quickly to assert its leadership on a pressing trade issue—whether trade rules will be allowed to hamper global efforts to combat the pandemic.

In a letter and a press event, a coalition of 400 organizations asked President Joe Biden to make good on his promise to “absolutely positively” ensure access to vaccines in the developing world. They asked him to support a temporary waiver on requirements that give drug companies lengthy monopoly protections, as well as the right to decide where the vaccines will be made and who will receive them.

The WTO, meeting on March 1 and 2, offers the next opportunity to move the waiver forward, advocates said at Friday’s event. The groups are “urging Biden to get on the right side of history,” said Lori Wallach, director of Public Citizen’s Global Trade Watch. To date, the Biden White House has not reversed the Trump administration’s opposition to waivers.

Biden’s inaction on the waiver issue stands in contrast to the administration’s recent trade appointments, which have won wide support among progressive groups.

The temporary waiver would give poor countries access to what some advocates describe as the drug companies’ “recipes” for their products, something WTO rules permit during emergencies such as global pandemics.

The letter called opposition to the waiver a “dangerous and self-defeating position… that threatens the prospects of ending the COVID-19 disaster.”

More than 100 countries have asked for the waiver, proposed last year by India and South Africa. But the U.S., the European Union, Canada and the United Kingdom have opposed it, primarily to protect their own domestic drug industries.

Without a waiver, poor countries may have to wait as long as 2024 for life-saving vaccines and other medical products, advocates said. Rep. Jan Schakowsky (D-Ill.) called a policy that let drug companies control access and distribution “vaccine apartheid.”

She added that the vaccines resulted not only from the effort of pharmaceutical companies, but also from “billions of dollars” from U.S. taxpayers in research and development.

Other speakers pointed out that vaccinating the entire globe was the only way to ensure that the coronavirus would not circulate and mutate frequently, creating variants that might be resistant to current vaccines and treatments.

They also noted that the U.S. has the opportunity to seize the moral high ground on this issue, and to bring along other reluctant countries. “It could have a domino effect,” contended Akshaya Kumar, crisis advocacy director for Human Rights Watch.

Last year, advocates lobbied the Trump administration to change the U.S. policy. But, as Wallach observed, during the chaotic Trump years, it has been very difficult for this issue to get any media attention.

Getting the Biden White House’s attention to the problem also has been challenging. In an interview with Blue Tent, Wallach said that she didn’t perceive the Biden White House’s inaction on waivers as a sign that the administration was against access. “The Biden administration inherited a football field full of flaming dumpsters,” she said. “They have so much going on without their staff in place, so that they’re trying to fly a plane while screwing on the wings.”

Some positive signs from White House

What Wallach has seen so far of the Biden White House, she says, is positive. “It appears that the presidential wing of the Democratic party’s view on trade has now moved closer” to the congressional wing’s views, and now also aligns with the long-held trade views of Democratic voters, she said.

For example, trade progressives are heartened by the appointments Biden has made at the Office of the U.S. Trade Representative. Nora Todd, an aide to Sen. Sherrod Brown (D-Ohio), has been named chief of staff. Wallach praised her as an “incredibly informed, formidable advocate for a worker-centered trade policy.” Todd started work on January 20.

Katherine Tai, nominated as U.S. trade representative, also got progressives’ kudos. Tai, who appeared at a Senate confirmation hearing last week, offered “a refreshing presentation about trade policy based on goals for workers and inclusion for different stakeholders, versus expanding trade as a goal unto itself,” Wallach said.

Wallach noted that in her Senate testimony, Tai showed that she understood that the global pandemic “revealed the frailties and threats posed by hyper-globalization,” with U.S. consumers unable to get the “basic goods they need to keep their families safe.”

In addition to supporting waivers to ensure rapid global distribution of vaccines, tests and treatments, Wallach said that the Biden administration must meet other challenges in the next two years.

Other trade priorities for progressives

The administration must ensure the enforcement of stronger worker and environmental protections that Tai, as chief trade counsel for the House Ways and Means Committee, helped renegotiate in the revised North American Free Trade Agreement, Wallach said. “Implementing the new, revised NAFTA” requires “funding different pieces of it,” and also ensuring that all the agreements are “put into effect” so that promised improvements for workers, the environment and public health” are fulfilled, she said.

The White House and Congress also have a big opportunity to reform the Trade Adjustment Assistance Act, which expires this year, Wallach said. The law could be designed not only to give training and other financial help to workers who lose their jobs due to foreign competition, Wallach said, but also to invest in communities devastated by past trade policies.

The Biden administration could truly “Build Back Better” by investing in “communities across the country, particularly those hardest hit by our past trade agreements,” experiencing “job loss and disinvestment,” Wallach said. Communities of color like Cleveland, Milwaukee and Detroit, were “thriving centers” until plants closed. She adds that “trade pacts also harmed communities in California, as well as Texas border and Arizona communities that were manufacturing hubs,” employing many Latino workers.

Federal investment to “rebuild production capacity,” she said, could “rebuild communities that have top-to-bottom been slammed by our trade policies.”