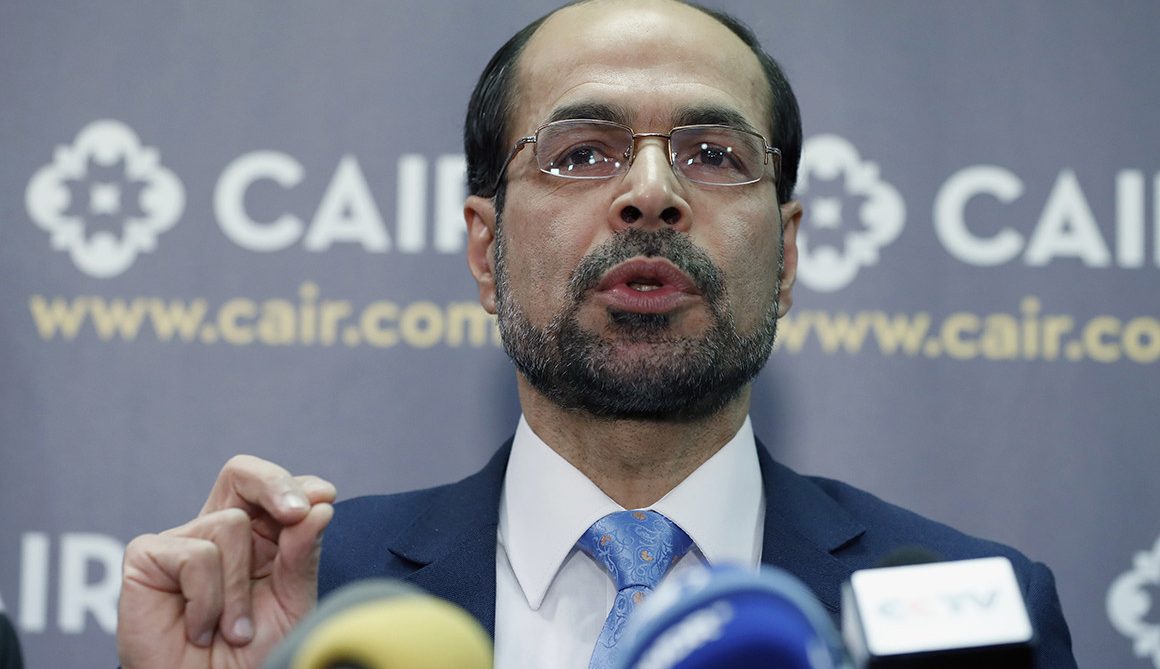 Over Biden’s stance on Israel’s violence against Gaza.

NOTE: Biden announced his support for Israel. We’re still waiting for President Biden to affirm Palestinians’ rights to defend themselves against a violent occupying entity and to end US financial and political support for the Israel’s war crimes. – MF

The Council on American-Islamic Relations (CAIR), a prominent American Muslim organization, announced Saturday it will boycott the White House’s annual Eid celebration over the Biden administration’s stance on Israel amid spiking violence in the Gaza Strip.

CAIR said it was joining with other groups in the boycott over the White House’s “incredibly disappointing and deeply disturbing” response to the violence.

“We cannot in good conscience celebrate Eid with the Biden Administration while it literally aids, abets and justifies the Israeli apartheid government’s indiscriminate bombing of innocent men, women and children in Gaza. President Biden has the political power and moral authority to stop these injustices. We urge him to stand on the side of the victims and not the victimizer,” said CAIR National Executive Director Nihad Awad.

“If the White House continues along this morally-unconscionable path as more Palestinian children die, the White House risks causing severe damage to President Biden’s relationship with American Muslims and all others who defend civil and human rights,” Awad added.

The White House did not immediately respond to a request for comment from The Hill.

The administration celebrated Eid and attempted to promote peace for both Israelis and Palestinians, recognizing the conflict in a statement celebrating the holiday Friday.

“Jill and I are looking forward to the White House’s commemoration of Eid this Sunday. We were heartened to see Eid celebrations around the world, but we know that this year, the situation in the Holy Land is weighing heavily on Muslims everywhere, including our Muslim communities here in the United States,” Biden said in a statement.

“Palestinians—including in Gaza—and Israelis equally deserve to live in dignity, safety and security. No family should have to fear for their safety within their own home or place of worship. We think most about the children in these societies who face trauma from a conflict far beyond their control. My administration will continue to engage Palestinians, Israelis, and other regional partners to work towards a sustainable calm,” Biden added.

Still, the White House has faced criticism from progressive advocacy groups and liberals in Congress over what they believe is a Middle East policy too far in favor of Israel over the Palestinians.

“We can no longer be apologists for the right-wing Netanyahu government and its undemocratic and racist behavior,” Sen. Bernie Sanders (I-Vt.) wrote in an op-ed Friday. “We must change course and adopt an evenhanded approach, one that upholds and strengthens international law regarding the protection of civilians.”

Violence between Israel and militants in the Gaza Strip has spiked in recent weeks, with Hamas and other groups firing thousands of rockets at Israel and Israel responding with punishing air and artillery strikes.

The Palestinian Health Ministry said Saturday that 139 Palestinians have been killed, including 39 children and 22 women. Ten Israeli civilians have died.

Biden spoke with both Israeli Prime Minister Benjamin Netanyahu and Palestinian Authority President Mahmoud Abbas on Saturday, urging calm for both sides and expressing support for Israel’s right to defend itself.

“The President reaffirmed his strong support for Israel’s right to defend itself against rocket attacks from Hamas and other terrorist groups in Gaza. He condemned these indiscriminate attacks against towns and cities across Israel,” the White House said in a readout of the call with Netanyahu.

“He expressed his support for steps to enable the Palestinian people to enjoy the dignity, security, freedom, and economic opportunity that they deserve and affirmed his support for a two-state solution. The leaders agreed to continue the close consultation between their teams and to remain in touch in the days ahead,” the White House added.