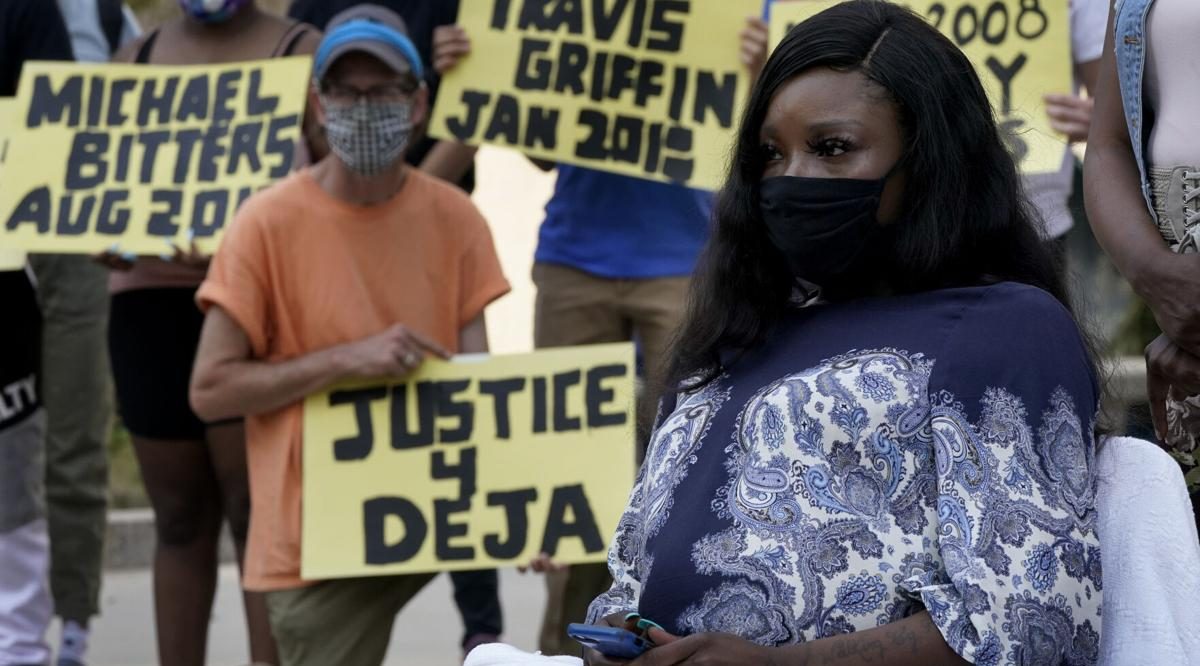 A protest in front of City Hall in Kansas City over the arrest of a pregnant Black woman entered its seventh day on Thursday.

Demonstrators have camped out in front of City Hall after videos circulated showing a white Kansas City police officer kneeling on the back of a Black pregnant woman during her arrest last week.

The protesters are demanding Police Chief Richard Smith resign and want the officer involved to be fired. They are also calling for the city to redistribute 50 percent of the department’s budget to social services to help the Black community, according to The Associated Press.

The arrested woman’s lawyer, Stacy Shaw, told CNN that the demonstrators plan to stay at City Hall until they are removed or their requests are met.

Kansas City police spokesperson Capt. David Jackson told CNN that the chief “will not be resigning,” and the department does not plan on naming the officers involved, none of whom are facing administrative or disciplinary action as of Thursday.

Jackson did acknowledge that “if more information becomes available, that decision can be evaluated.”

The arrest that sparked the protests occurred on Sept. 30 after the Kansas City Police Department was called to respond to a gathering at a gas station and convenience store  at 10:49 p.m., according to the police statement.

Security footage shows about a dozen people gathered on the property, which witness Chanel Le’Yoshe said was for a balloon release for a victim of violence. The owner of the gas station and convenience store allegedly told officers that “he wanted everyone off the property who wasn’t buying anything,” according to the statement.

Police said a man interfered with the officers’ investigation and refused to leave, leading officers to attempt to arrest him. The rest of the people stopped the arrest, and the man allegedly ran away but tripped as officers approached him.

“At that time, a woman (seen in the video) and man tried to pull the suspect away from officers,” the statement said adding that officers gave them “several verbal warnings to leave.”

Shaw disagrees with the police’s narrative that her client, 25-year-old Deja Stallings who is nine months pregnant, tried to get the man away from police.

The security footage shows Stallings step between an officer and the man, but the officer runs past her. Police said an officer attempted to arrest Stallings who “continued to physically resist arrest at which point he placed her on the ground to effect the arrest.”

“Then she was handcuffed, turned to her side and immediately placed in a seated position,” police said.

Her arrest for interfering with an arrest takes place outside of the camera view.

Le’Yoshe’s video starts with Stallings on the ground with an officer kneeling on her lower back before officers roll her over and attempt to sit her up, according to CNN. The police statement said the officer who knelt on her “took care not to apply pressure with his legs.”

Shaw told CNN that Stallings has “nerve issues with her back” and a bruise due to the incident. She went to the hospital twice, and the baby seems to be uninjured, she said.

Seventy-five to 100 demonstrators have gathered every day, the lawyer said, with a maximum of 100 people allowed at one time. All who enter the area have to go through COVID-19 health checks and wear a mask.

Police released an update in the case on Thursday, saying they gave prosecutors all reports associated with the incident, an internal investigative report, two hours of surveillance video, 17 dashcam videos, the 911 call recording, the air tape recording and the dispatch record printout.