With second-floor sleeping bunks, shelves stocked with food and a crackling fire in the woodstove, Dale Andrew Poulette’s newly constructed straw bale home is the perfect place to spend the winter.

Except for one thing — he’s trespassing.

The new structure, at 625 Riverside Rd., just outside of Stewiacke, N.S., on the banks of the Shubenacadie River, sits on land owned by AltaGas, the company behind the Alton Natural Gas Storage project.

The building, which was constructed over a one-month period this fall, “is on Alton property,” said company spokesperson Lori MacLean, “and it was built without the company’s permission.” 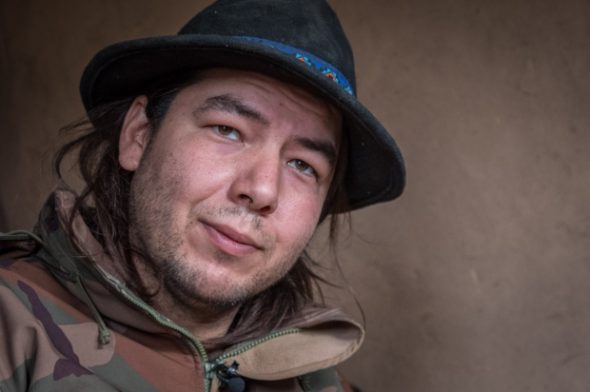 “I’m going to live here to make it clear that if you want to keep putting projects up like this, we’re going to have more people like me that are willing to occupy land for the rest of their lives,” he said.

“Even if we beat Alton Gas, I’m still going to be here to send a message to the rest of the world.”

AltaGas has plans to use water from the Shubenacadie River to dissolve underground salt deposits so that the resulting caverns can be used to store natural gas for use by customers in Nova Scotia.

MacLean said the company hopes to start the brining process in 2018, which would involve pumping salt water from the underground caverns into a holding pond, and then releasing it into the Alton Channel, where it would mix with tidal water. 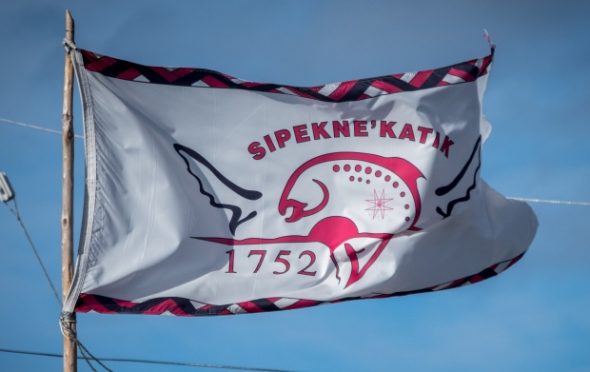 AltaGas says it is in discussion with the Sipekne’katik First Nation about a potential benefits agreement. (Robert Short/CBC)

The province has completed two environmental assessments for the project — one for the facility itself and another for the pipeline.

A third-party reviewer was also hired by the Assembly of Nova Scotia Mi’kmaq Chiefs to assess the potential impacts on fish and fish habitat.

“There has been a lot of responsible and thorough study done for this project,” said MacLean.

Poulette is not convinced.

He said his biggest concern is the impact of the brine on the ecosystem.

“It’s like taking 10 boxes of salt and putting it into a 50-gallon fish tank and expecting your fish to be OK,” Poulette said. “It’s not going to happen.”

As he puts another piece of wood on the fire, Poulette points to the stone used to build the fireplace for the woodstove.

“All donated by Alton Gas,” he said. “Thank you very much for the stones, Alton, and the gravel, and the mud.” 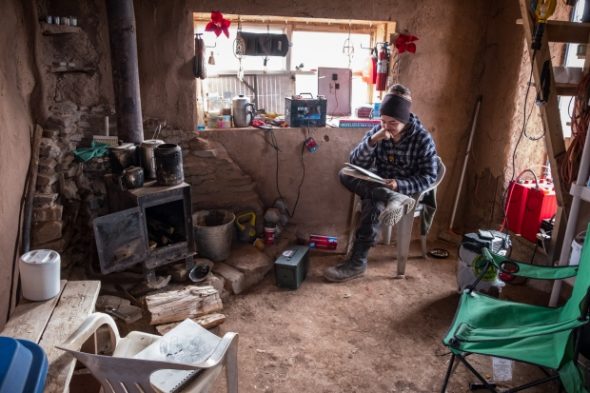 Dozens of volunteers helped build the six-metre by three-metre house using materials from the site, he said. They installed a sliding door and a number of windows, including two triangular gable windows to let the light in.

There are even Christmas decorations hanging from the rafters.

The house “turned out to be really, really nice,” Poulette said.

There are a lot of supplies stored there, including tools, ropes, blankets, boxes of “sacred stuff” and even a box of socks he said was donated by the Canadian Union of Postal Workers.

“My plan is just to basically sit here in ceremony and stay focused on my mission — and my mission is to beat Alton Gas.

“I’m asserting my treaty rights by being here,” Poulette said, including the right to “pray in peace” and the “right to a livelihood.”

“We live in a democracy,” said MacLean.

“People have the right to express their opinion,” she said, adding the company has been “respectful” of the protesters on site.

Nevertheless, AltaGas has been in touch with local authorities — including the RCMP and provincial officials — to talk about the ongoing protest, and MacLean said they will continue to assess the situation.

In the meantime, “we haven’t met with the protesters recently,” she said, “but we are open to discussion with them.”

MacLean also said AltaGas has been talking to members of the Sipekne’katik First Nation for “several months” about a potential benefits agreement.