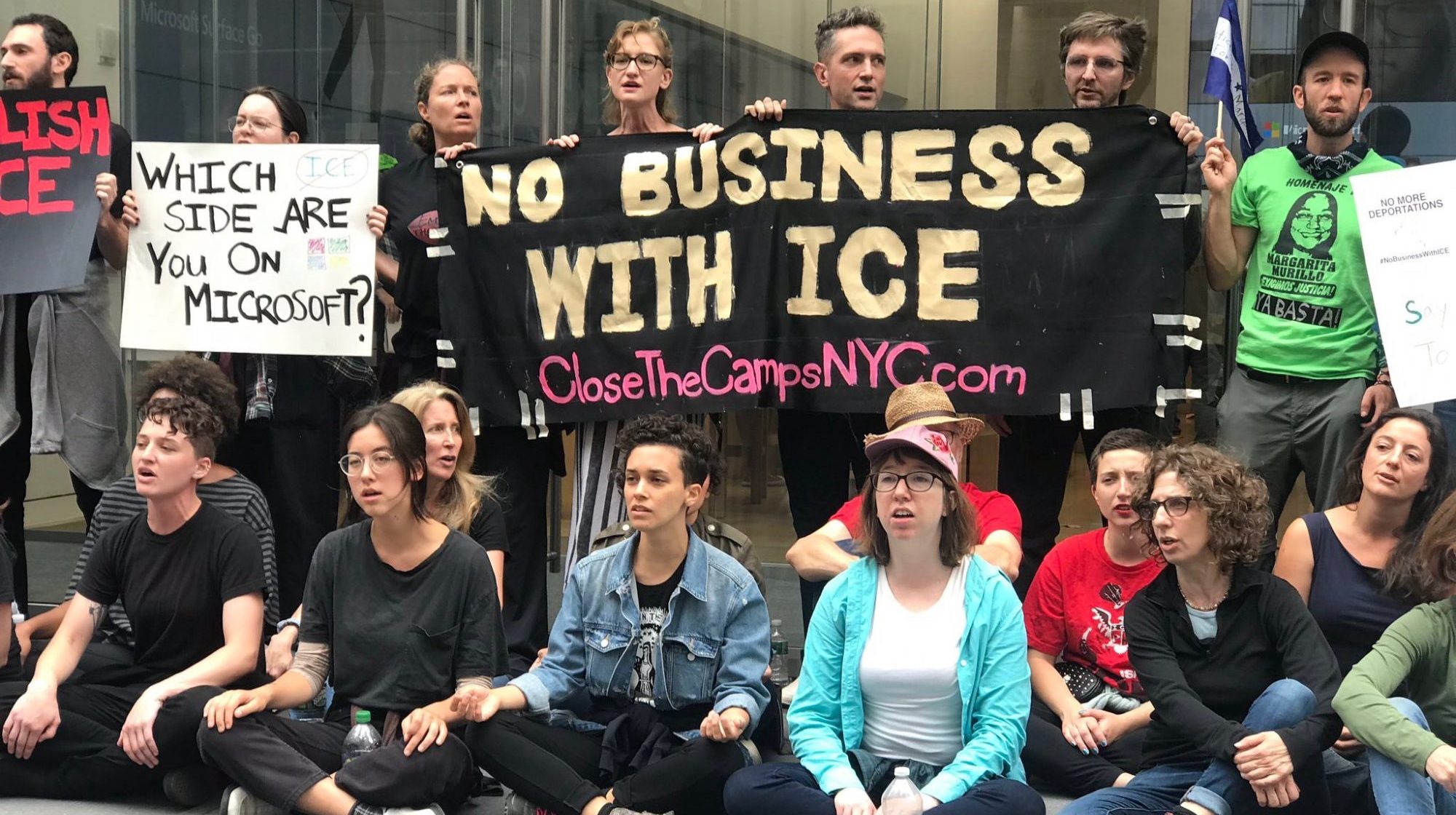 New York, NY, September 14, 2019 — Close the Camps NYC coalition led hundreds of protestors to peacefully march on the premiere retail location of Microsoft on 5th Avenue in Manhattan, staging a sit-in to demand that the tech giant stop allowing Immigration and Customs Enforcement (ICE) to use its technology in the racist campaign against immigrants and legal asylum seekers.

This action comes one month after the Close the Camps NYC coalition successfully gathered hundreds of protestors who shut down the West Side Highway. That event publicly shamed RXR Realty LLC for allowing ICE to covertly operate among social justice organizations in its Starrett-Lehigh office building. 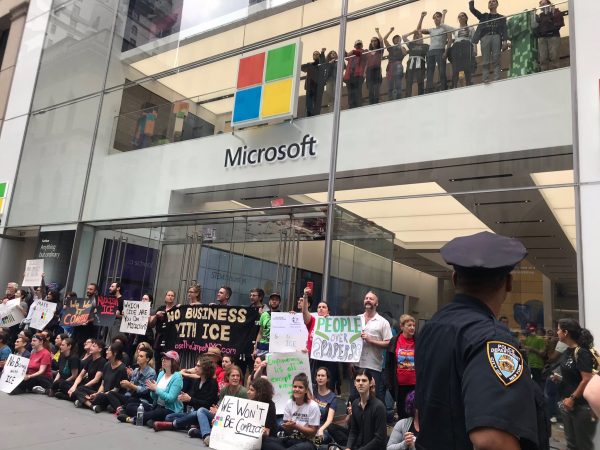 “By knowingly and willingly providing technology support to ICE, Microsoft Corporation is colluding with ICE and its racist mission to tear apart families, and mistreat children” said Andy Ratto, an organizer with Close the Camps NYC. “This is a moment of life-or-death for 11 million undocumented people in the United States, and we will not remain silent as Amercian corporations profitteer from — and enable — human suffering.”

“As members of this society it is our responsibility to hold U.S. corporations accountable. By being complicit in their actions we are being complicit in the targeting of the Latinx community and the racist torture and trauma that is being inflicted. We have the power to end this cruelty, “ said Beatriz Lozano, an organizer with Close the Camps NYC.

“We live in a country where 11 million undocumented people are hunted by the state every day,” said Brenda Valladares, from Moviniento Cosecha. They are not only picked up at their homes, schools, workplaces and hospitals BUT they are also surveilled and tracked to quickly funnel them into ICE agents phones to detain and deport. In an Era of Big Tech, where our movement and community have seen terror, trauma, and separation, these companies saw a business opportunity. After Palantir, Microsoft is the second largest cloud service provider for the US Federal government. It is unacceptable for any corporation to be complicit with, let alone profit from, violence against immigrant families,”

American tech giants knowingly enabling ICE is well-documented: From Amazon, Inc. to Palantir Technologies to Microsoft, Inc., these major corporations are following the same grisly path of IBM, which powered the Nazis, enabling the Holocaust.

About Close the Camps

Close the Camps NYC is a coalition of groups and organizers working to close concentration camps in the United States and abolish Immigration and Customs Enforcement (ICE) to demilitarize immigration processes. Three other social and environmental justice groups sponsor Close the Camps NYC and its nonviolent direct action: Cosecha; Extinction Rebellion; and Earth Strike NYC.