Note: As part of the week long BXE (Beyond Extreme Energy) protest at the Federal Energy Regulatory Commission (FERC) a protest was held at a construction site that is part of the Cove Point Fracked Gas Export Terminal. Cove Point is the KXL of fracking. Cove Point will open up the export of gas which is necessary for increasing profits from fracking out of the Marcellus Shale. This construction is occurring at a time when scientific reports say the world should stop building carbon fuel infrastructure because humans need to shift to clean, sustainable energy.

Even though the police knew that protesters were coming and that some would be risking arrest, and there were a lot of overt and covert police throughout the construction area, protesters were able to gain access to the fenced -in construction site, climb a massive, steep mound of dirt and hold up a sign that said “We Are More Powerful Than Dominion Profits.” This is the second day in a row where there have been blockades at this construction site. 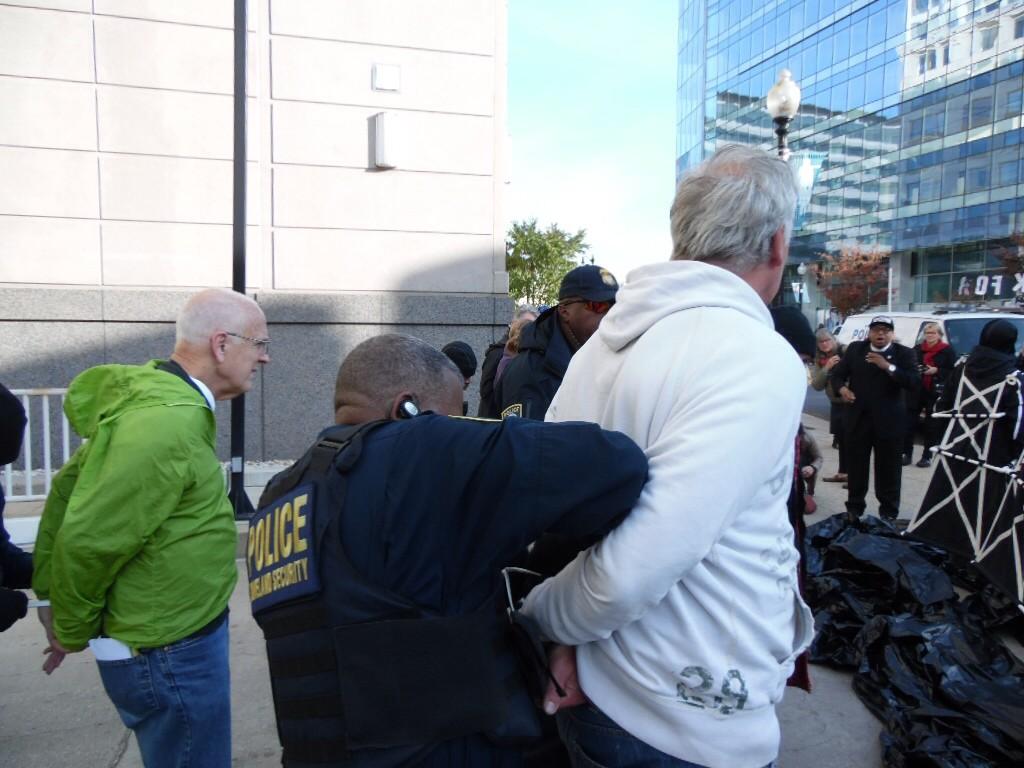 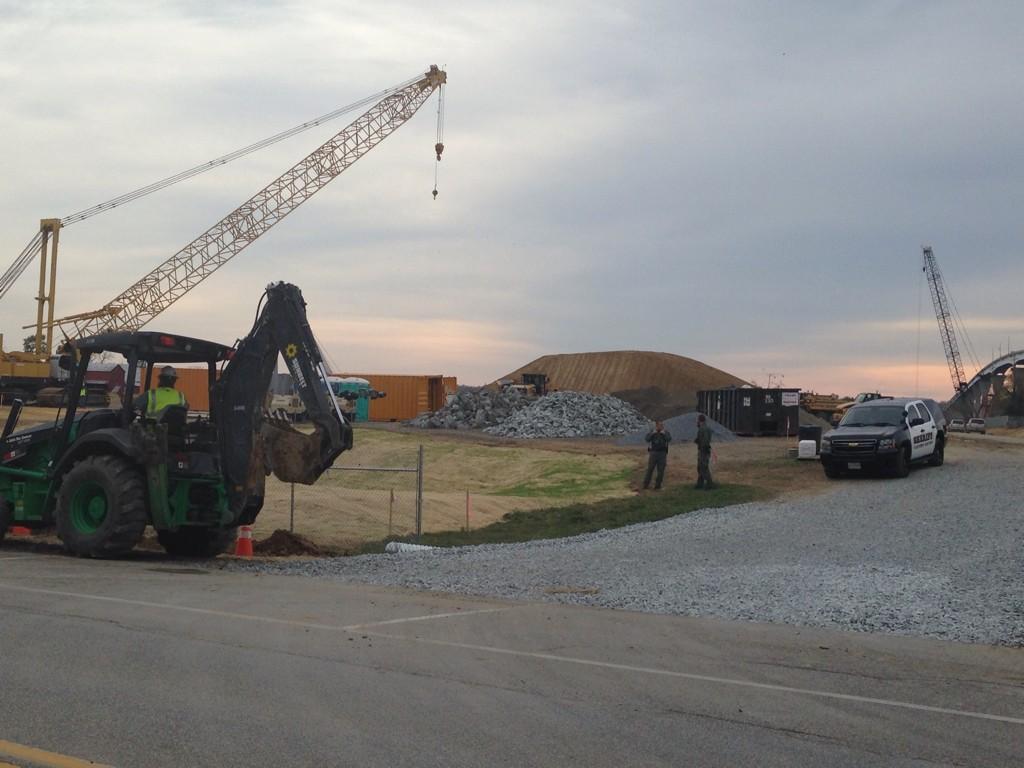