Note: Protesters from IfNotNow group broke into the America Israel Public Affairs Committee (AIPAC) conference Sunday, demanding that American Jews stop supporting what they say are Israeli abuses toward the Palestinians.The IfNotNow activists dropped banners from the center’s third floor stating that their group “reject AIPAC and the occupation” before security guards removed them. They also blockaded the entrance to the AIPAC event. 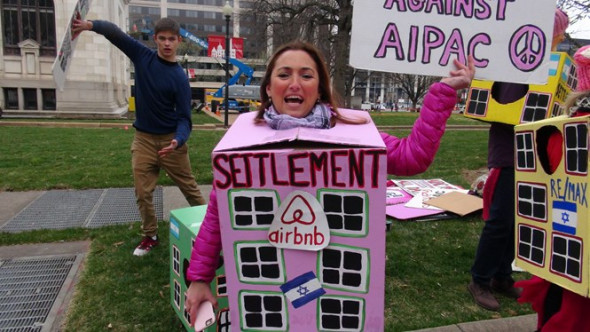 Some organizers are using the hashtag #JewishResistance.

On Sunday, hundreds of mostly young, American Jews rallied in Washington, D.C., during the first day of the American Israel Public Affairs Committee 2017 Convention, to protest the expansion of Israeli settlements in East Jerusalem and the West Bank.

“We’re protesting [AIPAC] en masse as Jews to say that to be Jewish in America at this moment doesn’t mean to support Israel unconditionally,” said 25-year-old Yonah Lieberman, one of the co-founders of the anti-settlement group IfNotNow, which spearheaded the protest in Washington D.C.

Lieberman described Sunday’s march as “the biggest ever Jewish-led protest of AIPAC.” 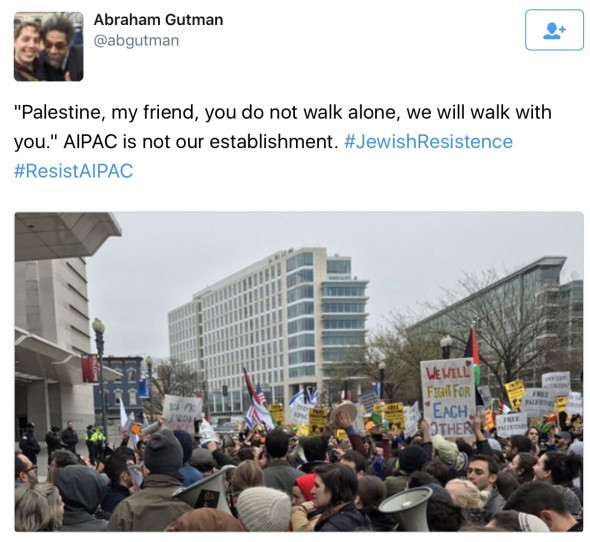 Non-Jewish leaders like academic and activist Cornel West joined in Sunday’s protest, which saw participants briefly blocking the doors of the conference. 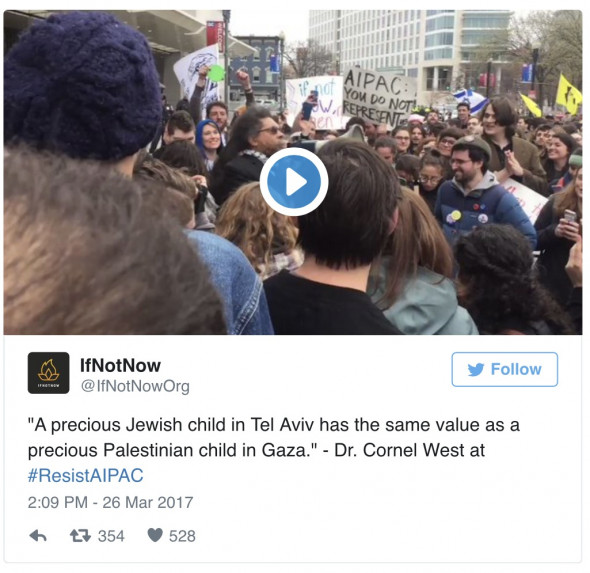 The annual conference of the powerful pro-Israel lobby draws heavyweights from both ends of the political spectrum: This year’s speakers include House Speaker Paul Ryan (R-Wis.) and House Democratic Leader Nancy Pelosi (D-Calif.). Though the group describes itself as bipartisan, it’s commonly viewed as a right-leaning organization ― or at least one that is unfriendly to criticism of the Israeli government’s right-wing policies.

AIPAC has historically avoided taking a firm stance on settlements, but has had a hand in influencing policy that tilts in their favor. Critics, like Lieberman, are more blunt in their assessment:

“AIPAC is the largest institution that supports Israeli settlements,” he said Sunday. “They’ve done more in the past 50 years to support occupation than anyone else in the Jewish community.”
Sunday’s protests are symbolic stands against not only Israel’s half century-long settlement stance, but policies of President Donald Trump’s nascent administration.

Earlier this year when the Israeli government approved the construction of thousands of new settlement homes in the West Bank and East Jerusalem, despite Palestinian opposition and widespread international condemnation, Trump’s administration took a more amiable stance on the development than those of previous administrations ― which flatly opposed any construction of settler homes.

The Trump administration’s closer alignment to the Israeli government was confirmed at AIPAC by Ron Dermer, Israel’s ambassador to the U.S., during Sunday’s conference.

“For the first time in many years, perhaps even many decades, there is no daylight between our two governments,” Dermer said.

AIPAC will be pro-Israel at any cost, prioritizing the occupation over the safety of the Jewish community and other marginalized people in America.
Sara Sandmel, an IfNotNow member
AIPAC was also criticized for what protesters said was a weak stance against a growing wave of anti-Semitism in the U.S.

“I’ve never seen the sort of antisemitism we’re seeing today, but despite bomb threats and desecrated cemeteries, AIPAC has chosen to remain silent,” Sara Sandmel, an IfNotNow member from Boston, said in a statement Sunday.

“This proves without a doubt that AIPAC will be pro-Israel at any cost, prioritizing the occupation over the safety of the Jewish community and other marginalized people in America.”

“Now, we have a unique role to play to ensure the occupation comes to an end,” he said. “We have a responsibility to resist it.” 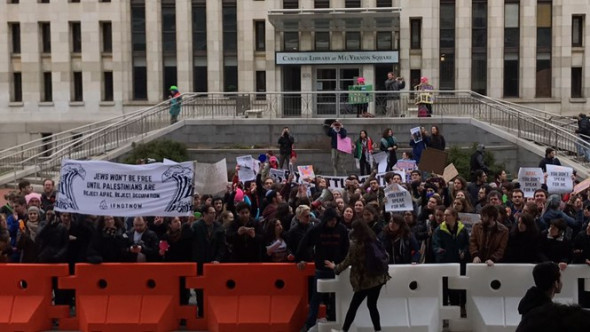 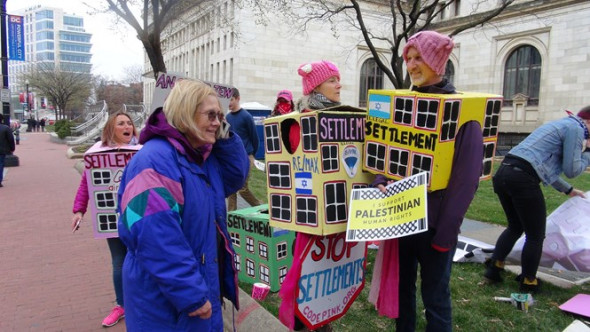