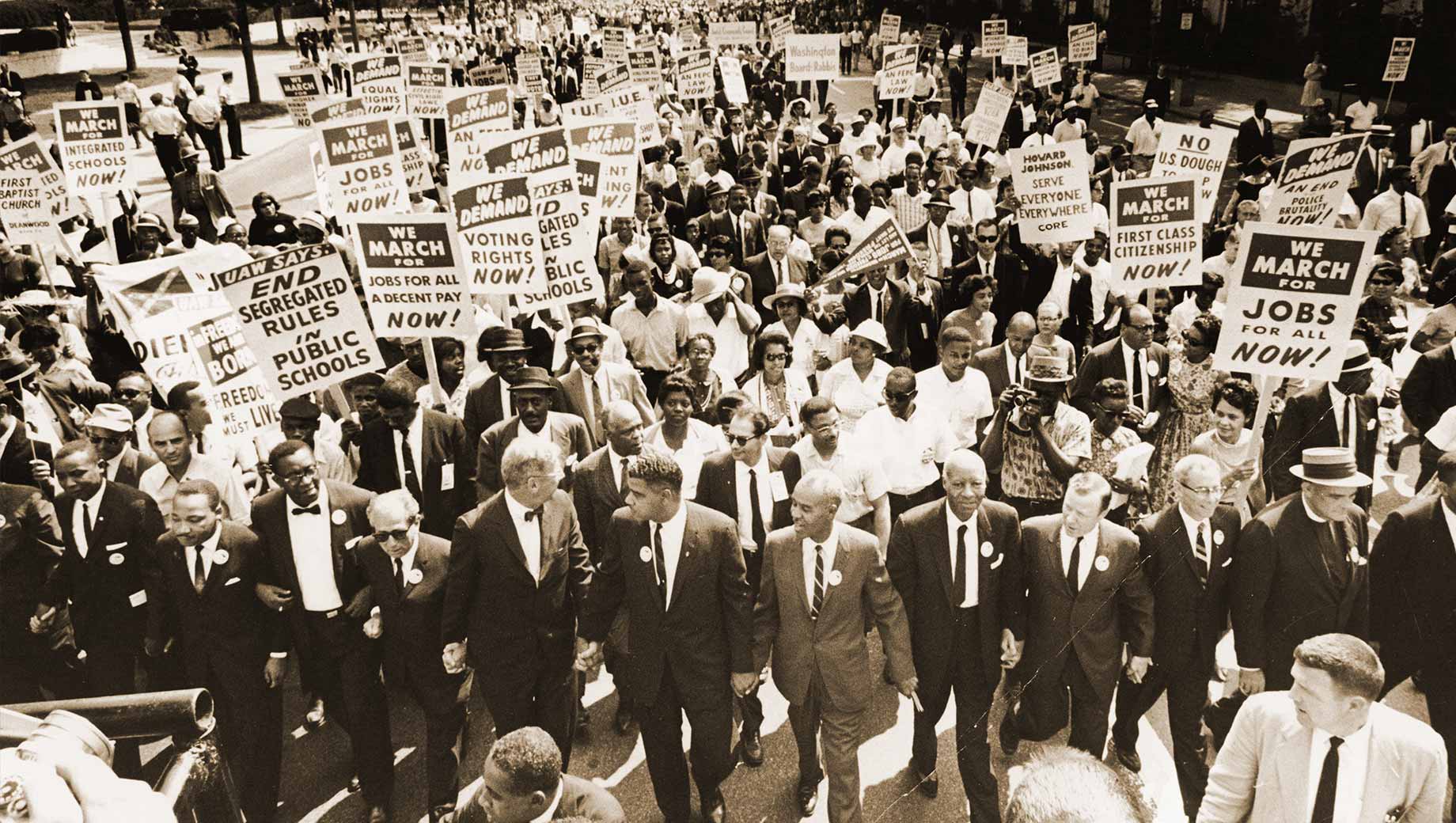 Protests And Civil Rights Movement In The ’60s

Polls are a snapshot in time and at different times people can look at the same incident and have a completely different reaction. The Gallup article below shows that in the early 60s, as the Civil Rights Movement was getting close to major victories in civil rights laws, the vast majority of people in the United States thought that sit-ins and other nonviolent protests were hurting efforts for civil rights. This was consistent with other polling at the time. But, by 1969, one year after Rev. Martin Luther King, Jr. was murdered, the polls were completely different. Then, 74% believed the protests helped and only 10% thought they hurt. Today, Martin Luther King, Jr. is an historic icon and his nonviolent protests would be viewed even more positively. Activists cannot seek to be popular when they disrupt business as usual by protesting, but that does not mean they are not being effective. KZ

WASHINGTON, D.C. — In current times, reflection on Martin Luther King Jr.’s life often involves celebrating the nonviolent tactics he advocated as key to much of the civil rights movement’s success. At the time of his leadership in the 1960s, however, Americans held very different views of the effectiveness of mass demonstrations, boycotts and acts of civil disobedience.

In an early Gallup question on the issue, Americans were asked whether tactics such as “sit-ins” and demonstrations by the civil rights movement had helped or hurt the chances of racial integration in the South. More than half, 57%, said such demonstrations and acts of civil disobedience had hurt chances of integration, while barely a quarter, 27%, said they had helped.

Gallup asked this question in May 1961. At that point, seven years after Brown v. Board of Education struck down the doctrine of “separate but equal,” Americans had become familiar with demonstrations and acts of civil disobedience as leaders of the civil rights movement sought to desegregate the country. “Sit-ins” in particular had captured the country’s attention, after four college students had used the tactic at a lunch counter in Greensboro, North Carolina, in February 1960, sparking a wave of similar acts.

As the Movement Intensifies and Expands, Tactics Still Seen as Harmful

Two years later, shortly before the Rev. King’s August 1963 March on Washington for Jobs and Freedom, Gallup again probed Americans’ views of the civil rights movement. This time, the question asked about the impact on the broader pursuit of racial equality. In that June 1963 survey, 60% of Americans said mass demonstrations hurt efforts to bring about racial equality, while 27% believed they helped.

The 1963 march, where King delivered his “I Have a Dream” speech, was an iconic moment for the civil rights movement, having brought 250,000 supporters to the mall in Washington, D.C., in support of racial equality and justice. Less than a year after the march, Americans were even more convinced that mass demonstrations harmed the cause, with 74% saying they felt these actions were detrimental to achieving racial equality and just 16% saying they were helping it.