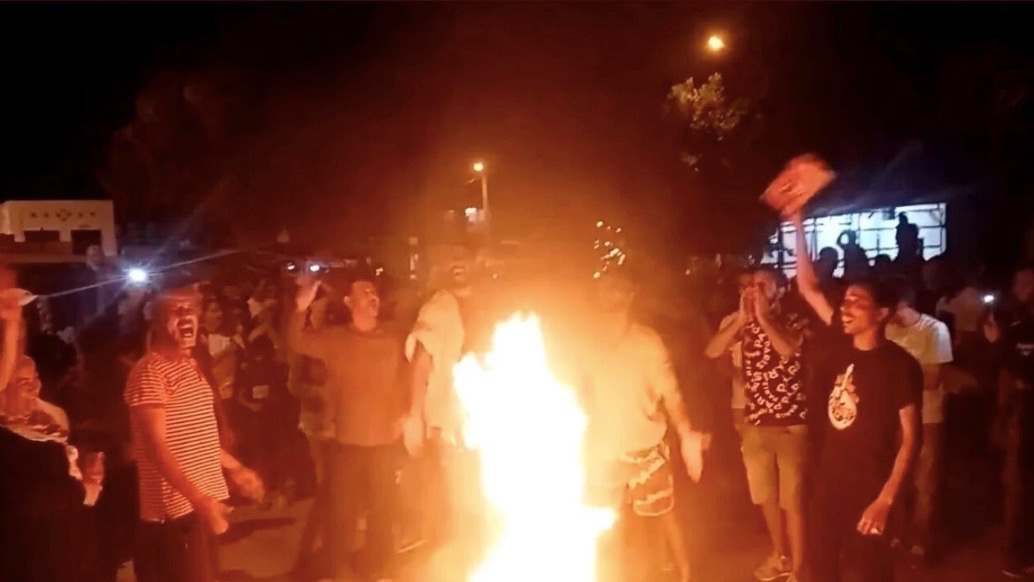 Protests Erupt In Tunisia Over Rise In Prices Of Essential Commodities

The protests add to the ongoing political uncertainty in the country.

Major opposition parties have announced a boycott of the upcoming legislative elections in December.

Hundreds of Tunisians marched on the streets of capital Tunis on Sunday, September 25, protesting against the rise in the prices of essential commodities in the country. Sporadic protests broke out in the evening in different parts of the city, as protesters criticized the failure of President Kais Saied’s government to address their economic hardships.

The protesters carried loaves of bread and shouted slogans such as “where is sugar?” and “we can’t support crazy price rise!” They demanded improvements in living conditions and “jobs, freedom, and national dignity!”

Some protesters, for example those in Mornag on the outskirts of the city, blocked roads and burnt tires in response to claims that one person had committed suicide due to state repression and economic concerns. The security forces fired tear gas to disperse those protesters, *Agence Tunis Afrique Presse* (TAP) reported.

Tunisians are facing a long-term economic crisis with increasing poverty and unemployment. The crisis, the result of the failure of successive governments, has been compounded by the COVID-19 pandemic and the ongoing global surge in prices of fuel and food commodities.

The official inflation rate in Tunisia is above 9% and a large number of stores are running out of essential commodities because the country cannot afford to pay import bills.

Recently, several videos have been circulating on social media in which empty supermarket shelves are visible as people scramble to stock up on basic commodities.

The government increased the price of cooking gas by 14% last week. This is the first such increase in the last 12 years. The government has also raised the prices of fuel several times over the past few months.

The government’s decision to raise the prices of essential commodities has been seen as a consequence of the attempts to secure a USD 3 billion loan from the International Monetary Fund (IMF) by October. The conditions of the deal require the implementation of austerity measures such as a freeze on wages, withdrawal of subsidies, and cuts in social expenditure.

TAP reported that the Democratic Current party issued a formal statement on Monday, September 26, denouncing President Saied’s “denial about the deteriorating living conditions of Tunisians.” It warned that the government’s failure to take measures to provide “their most basic subsistence needs” could lead to “an unprecedented social disaster.”

Ammar Amrousia, a member of the central committee of the Workers’ Party, asked the people of Tunisia to unite to fight for their social and economic rights, noting that a growing number of Tunisians faced poverty because of the rising prices of essential commodities.

The leftist Democratic Current joined the boycott call on Monday. So far, the National Salvation Front – whose largest constituent is the Islamist Ennahda party – Afek Tounis, Socialist Party, and Workers Party have all expressed their intentions to boycott the upcoming elections.

The Workers Party, in alliance with Democratic Current and three other left and progressive parties, has been campaigning for a general boycott of the elections. It has termed the July 25 constitution “illegitimate” and suggested that the electoral processes later outlined are simply an attempt to validate Saied’s coup.

Ennahda, facing state persecution over the alleged involvement of its leaders in sending young Tunisians to war zones such as Libya and Syria, has accused Saied of trying to silence all voices opposed to his coup. Last week, it termed the new electoral law “authoritarian” and demanded that the elections be canceled.