Protests In London And Edinburgh Demand Freedom For Assange And Manning

Campaigners demanding the release from prison of WikiLeaks founder Julian Assange and whistleblower Chelsea Manning demonstrated on Saturday in London and Edinburgh, Scotland. Socialist Equality Party stalls were also set up in Manchester, Sheffield and Leeds to promote upcoming public meetings in those cities.

Members of the Socialist Equality Party (SEP) attended the protest in Trafalgar Square in London. The protest was called on social media and was endorsed by the Julian Assange Defence Committee (JADC).

Around 50-60 people attended the lively protest, many bringing homemade banners. Protesters chanted slogans including “US, UK, hands off Assange!” and “There’s only one decision, no extradition!”

Protesters denounced the role of the UK, US and Ecuadorian governments in persecuting the heroic publisher. They drew attention to the conclusion by UN Special Rapporteur Nils Melzer that the conditions in which Assange is being held and has been held over the last seven years constitute torture, and distributed Melzer’s statement.

Many passersby stopped to take material from the JADC and to read WSWS articles on Assange distributed by SEP members. Members of the public temporarily joined the protest at regular intervals and participated in many of the chants in defence of Assange. 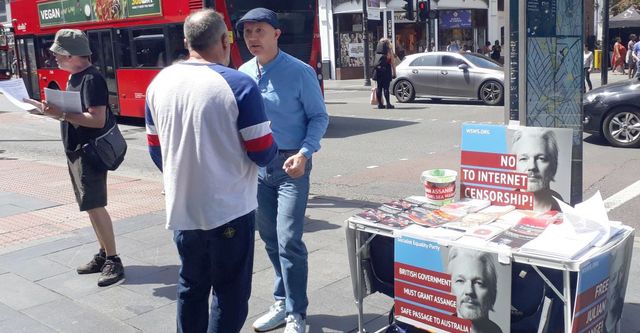 Several Labour Party members stopped to discuss with SEP campaigners, expressing their frustration over party leader Jeremy Corbyn’s silence on Assange and the fact that he is in favour of Assange being sent to Sweden on trumped up allegations of sexual misconduct. They expressed interest in the SEP’s model resolution on Assange and told campaigners that they would try to bring the resolution up at their local Constituency Labour Party branches.

Protesters outside the US Consulate in Edinburgh

A protest in Edinburgh was called by archivist and student Valentina Flex and attended by supporters of the Socialist Equality Party. After registering their protest outside the US Consulate, campaigners moved to Princes Street, Edinburgh’s main shopping area, to discuss with members of the public the issues raised by the targeting of WikiLeaks. Those participating agreed to further campaigning in Edinburgh and Glasgow. 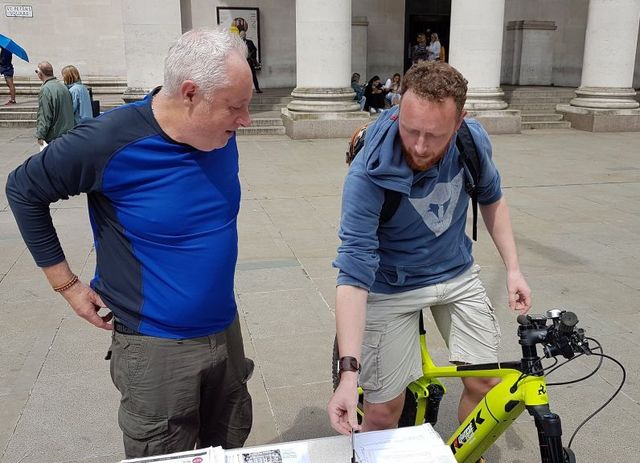 In Manchester, SEP members campaigned in St Peter’s Square and spoke to workers and youth about the campaign to defend Assange and Manning. Several signed up to join the campaign and to receive the regular newsletter about the activities being organised by the campaign for their release. 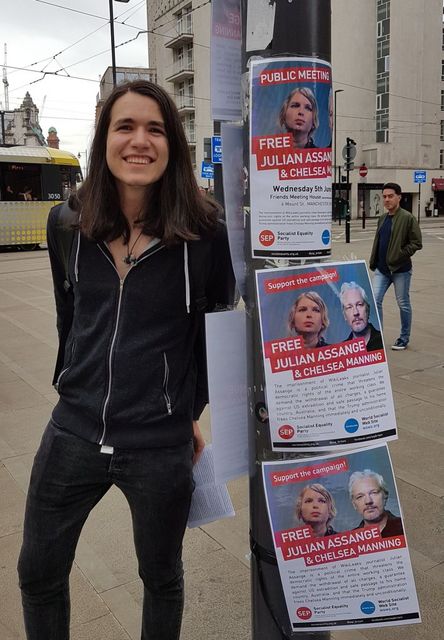 Alex, originally from Romania said, “He could be any one of us. If Assange gets prosecuted this sets a legal precedent. It means no one can call the government out. I don’t want that.”

As he signed up to the campaign, Adam said, “Its been quite obvious there has been a slanderous attempt on Assange’s name by the media.”

Ali was in town with his family. He said, “It is important to have the freedom of the press and capturing Julian Assange after they forced him into hiding should not be done. We have to live in a free world. Look, Assange has done a good job. The US and other governments try to hide a lot of things and Assange has given this information to the world. We should all fight against this.”