Above:  Stevante Clark, brother of Stephon Clark, speaks during a Black Lives Matter protest outside the district attorney’s office in Sacramento. JUSTIN SULLIVAN VIA GETTY IMAGES

Protests continued over the killing of Stephon Clark in Sacramento, CA after it was announced the police who shot him would not be prosecuted. This is one of many cases where police are not held accountable for killing black men.

Huffington Post published a video highlighting cases where police were not prosecuted writing “The announcement that no charges will be filed against the officers in the 2016 death of Alton Sterling is one in a long line of cops walking free after the shooting deaths of black people.”

A funeral is planned for the Stephon Clark the unarmed 22-year-old killed by Sacremento police this Thursday.

More than a week after 22-year-old Stephon Clark was fatally shot by police in Sacramento, California, protests in the city have shown no signs of stopping.

On Wednesday, protesters again took to the streets of Sacramento to call for justice in the March 18 shooting death of Clark, a black man who was unarmed in his own backyard when two cops, reportedly mistaking his cellphone for a weapon, shot him 20 times. Protesters with Black Lives Matter rallied outside of the offices of Sacramento District Attorney Anne Marie Schubert, chanting, “No justice, no peace.”

The protests were a continuation of several rallies held over the past week. On Tuesday, protesters shut down a meeting at Sacramento City Hall, where Clark’s brother Stevante told the crowd: “The mayor and the city of Sacramento has failed all of you.” Last week, hundreds of protesters rallied outside the Golden 1 Center arena and blocked ticket holders from entering a Sacramento Kings basketball game, chanting, “It’s a phone, not a gun.”

On Wednesday, Sacramento Mayor Darrell Steinberg pointed to “implied racism” as a factor in police shootings like this one.

“I do not believe our police force is racist in any way,” Steinberg told CBS News. “I don’t think that’s intended, but I do think that implied racism is an undeniable factor in the way these sorts of tragedies play out ― not just in Sacramento but throughout the country.”

Clark’s funeral is planned for Thursday, with Rev. Al Sharpton scheduled to deliver the eulogy.

Check out scenes from the powerful protests for Stephon Clark in Sacramento Thursday. 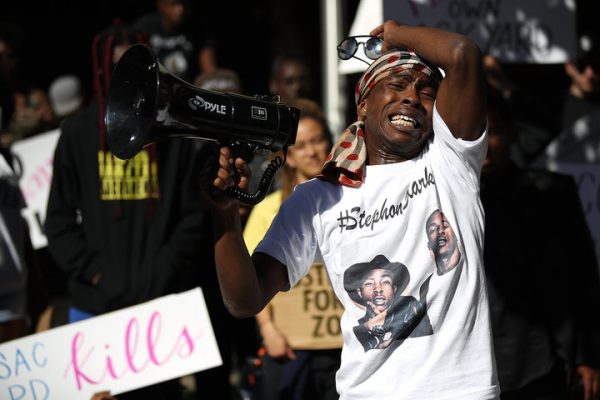 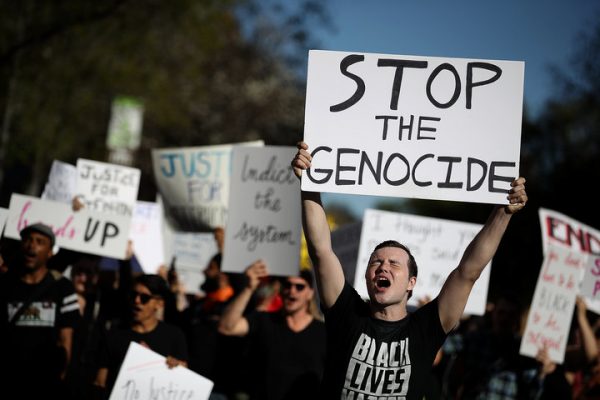 Black Lives Matter protesters march through the streets during a demonstration Wednesday in Sacramento. JUSTIN SULLIVAN VIA GETTY IMAGES 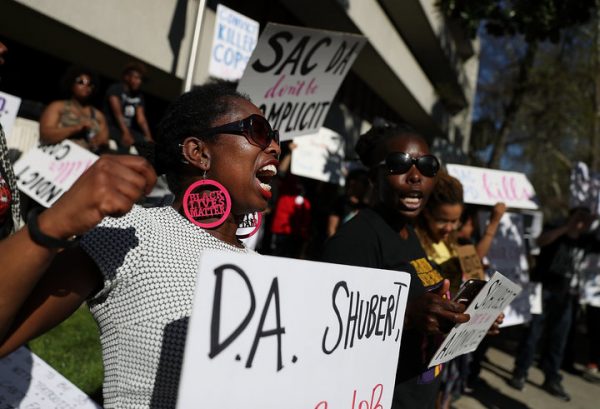 Protests continue here today in Sacramento, where people are marching in the street and chanting Stephon Clark’s name. pic.twitter.com/b6hDQ6kfEl 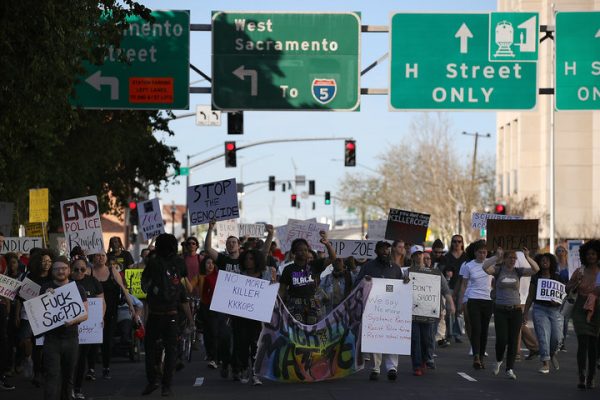 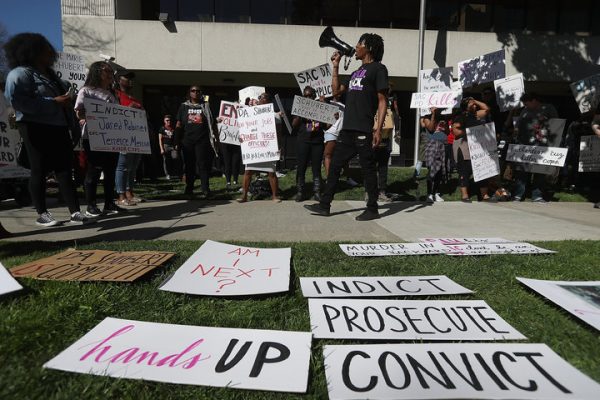 After a night of raucous Stephon Clark protests yesterday, demonstrators returned to downtown Sacramento tonight for a second day of outrage. https://t.co/XgbonHNnhY pic.twitter.com/ScjzfzG1wc