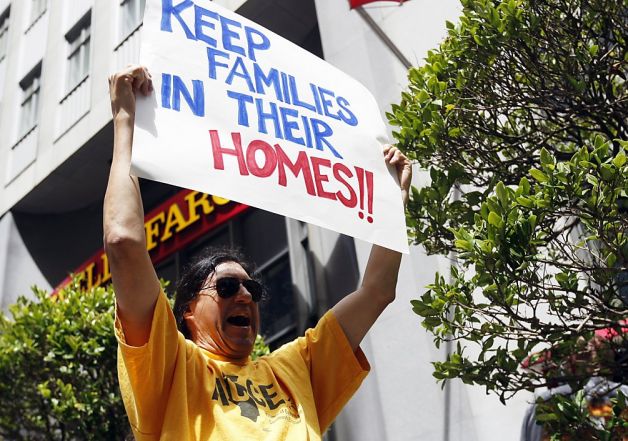 Multiple Locations – On Wednesday, October 30, 2013, homeowners and community supporters in a number of U.S. and Global cities will visit the corporate offices of giant money managers Pimco and BlackRock as part of an escalating campaign by homeowners, community groups and unions who are fighting for local principal reduction programs in Richmond, California and numerous other cities across the country.

Fed up with inaction on troubled loans and BlackRock and Pimco’s opposition to the local principal reduction program called CARES (Community Action to Restore Equity & Stability) protesters will disrupt business at each location until they meet with senior officials about their attempts to intimidate cities considering local principal reduction programs, including the potential use of eminent domain. Both Pimco and BlackRock unsuccessfully sued the city of Richmond over its proposal.

Blackrock and Pimco have been central firms at the heart of the financial crisis—and like other Wall Street entities, BlackRock and Pimco both have been charged with various kinds of wrongdoing in the fallout from the housing crash, including fraud and failing to adequately protect clients. Wednesday’s actions will call on both firms to help homeowners and their own investors by working with cities determined to see troubled underwater loans fixed.