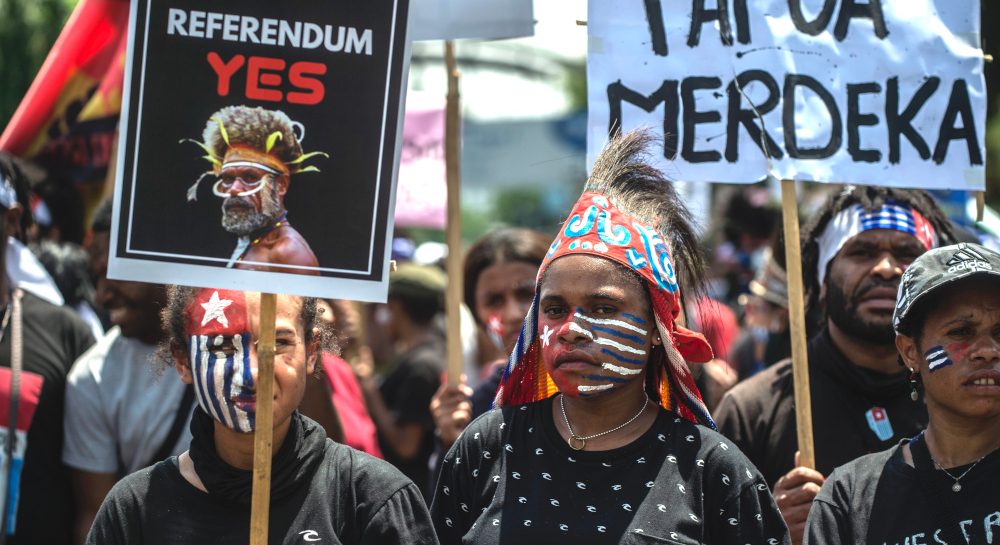 Provisional Government Of West Papua Won’t Bow Down To Jakarta

Today, we announce the formation of our Provisional Government of West Papua. We are ready to take over our territory,  and we will no longer bow down to Jakarta’s illegal martial rule. From today, December 1, 2020, we begin implementing our own constitution and reclaiming our sovereign land.

On this day in 1961, the elected West New Guinea Council raised the Morning Star flag in Jayapura. Our national anthem and name, West Papua, were accepted. Diplomats from Australia, the Netherlands and the UK, and a delegation from colonised Papua New Guinea had already witnessed the formation of the Council on April 5, 1961. The world was to watch the birth of an independent state of West Papua.

Our right to self-determination was stolen from us by Indonesia in 1963. Our previous declarations and manifestos, of 1961, 1971, 1988, 2000, 2011 and 2014, have been leading us to this historic day. We recognise all these manifestos and declarations. United, we are forming a legitimate governance structure capable of controlling our country and restoring the independence promised to us in 1961. We will announce our prime minister and full cabinet in the future.

This Provisional Government is declaring the Indonesian state’s presence in West Papua illegal. We reject any law, any imposition by Jakarta, and we will not comply. We reject Jakarta’s extension of ‘Special Autonomy’, along with Protestant and Catholic church leaders, community groups, and 102 organisations that are supporting a mass petition against its renewal. We have our own constitution, our own laws, and our own government now. It is time for the Indonesian state to leave.

To my people, everyone must unite behind the new Provisional Government and Provisional Constitution. It has been a long road to this moment, and this is the only path to our freedom. We must come together for our one destiny, in one spirit, to defend our sovereignty and right to self-determination.