Click on the video above to watch it. Download the class one curriculum as a pdf here or see it below: course-1-class-1

We review definitions of oligarchy, plutocracy, democracy and social movement; studies on oligarchy; two models of power, the Power Elite model and the People Power model; how elites maintain the status quo and how popular movements counter the elite’s actions. 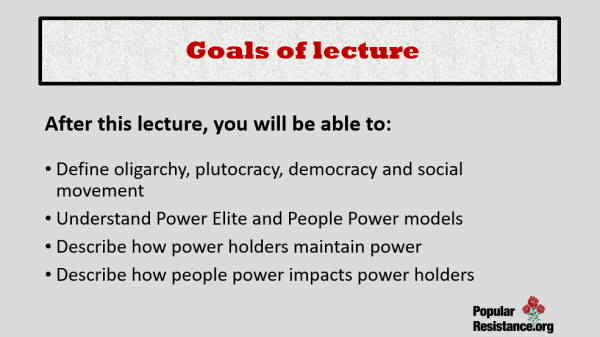 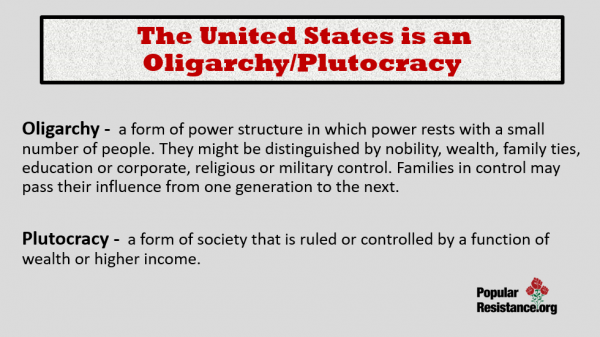 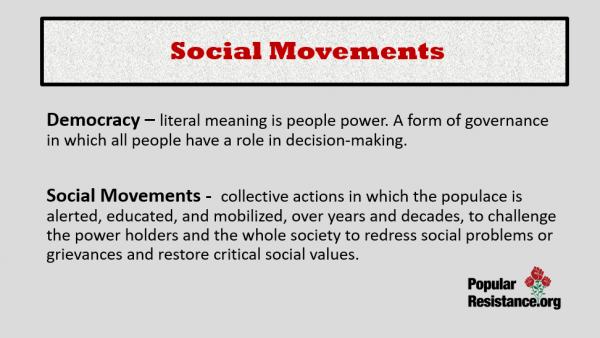 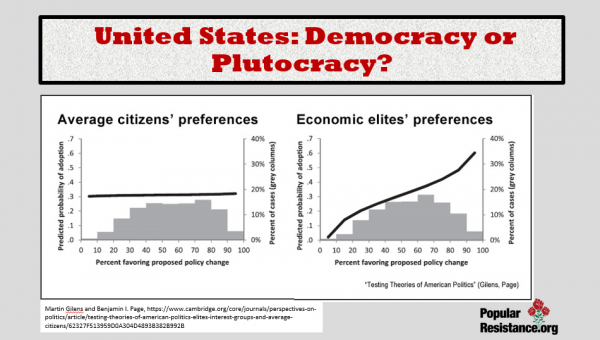 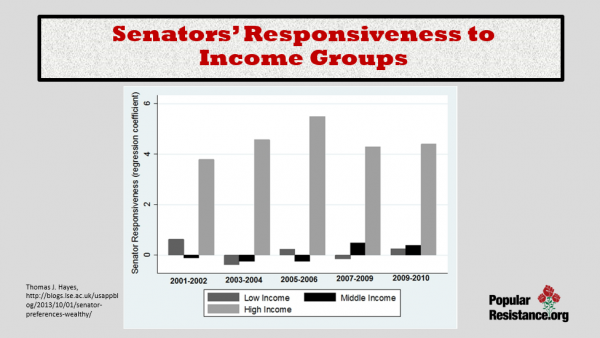 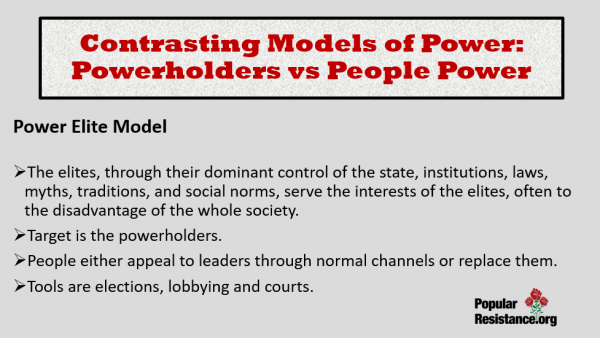 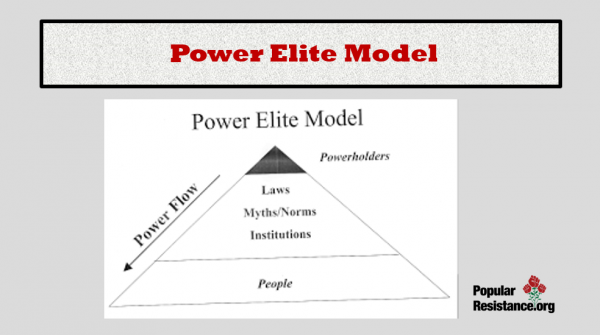 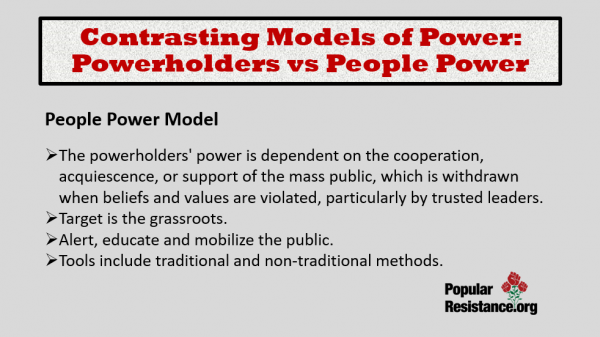 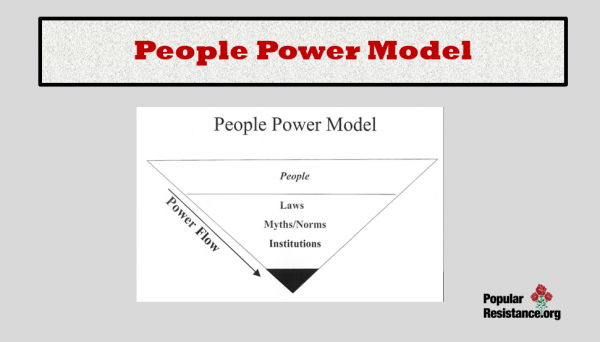 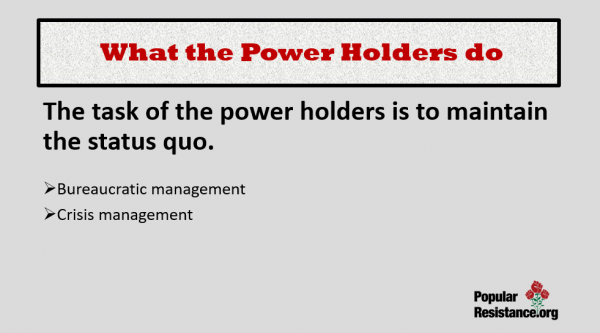 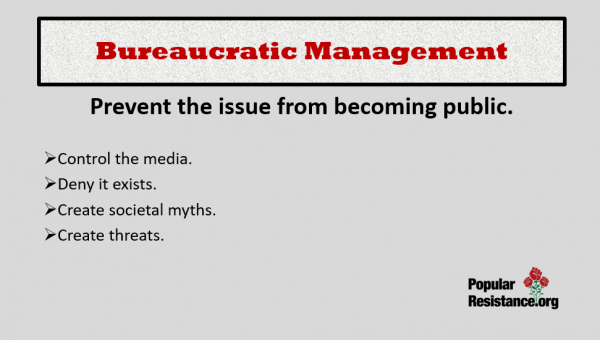 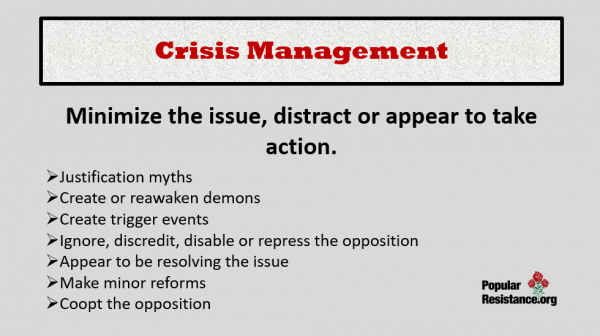 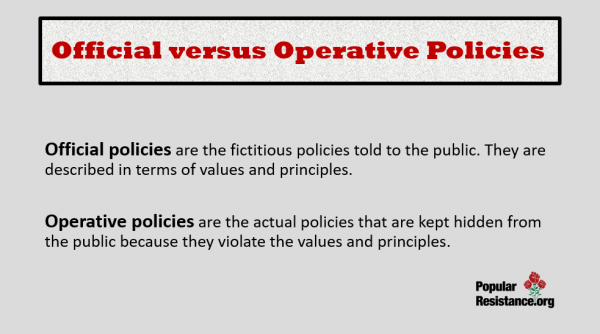 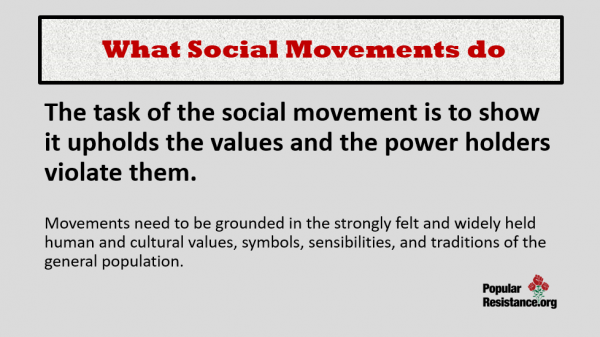 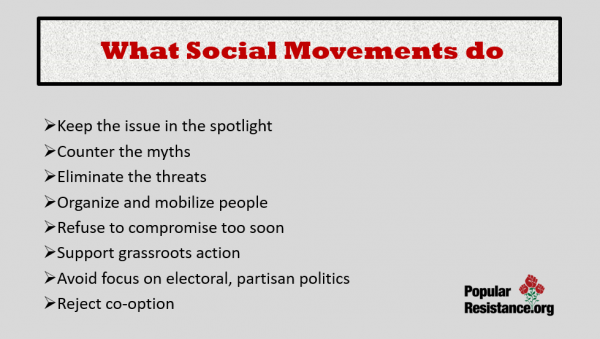 SOCIAL MOVEMENTS
Social movements are collective actions in which the populace is alerted, educated, and mobilized, over years and decades, to challenge the powerholders and the whole society to redress social problems or grievances and restore critical social values. By involving the populace directly in the political process, social movements also foster the concept of government of, by, and for the people. The power of movements is directly proportional to the forcefulness with which the grassroots exert their discontent and demand change. The central issue of social movements, therefore, is the struggle between the movement and the powerholders to win the hearts (sympathies), minds (public opinion), and active support of the great majority of the populace, which ultimately holds the power to either preserve the status quo or create change.

There needs to be a revival of democracy through “people power”. The increasingly centralized power of the state and other social institutions, combined with the new use of the mass media to carry out the political process, has all but eliminated effective citizen participation in the decision-making process. Centralized powerholders now make decisions in the interests of a small minority, while simultaneously undermining the common good and aggravating critical social problems.

But people are powerful. Power ultimately resides with the populace. History is full of examples of an inspired citizenry involved in social movements that achieve social and political changes—even topple tyrannical governments. Powerholders know this. They know that their power depends on the support or acquiescence of the mass population.

Nonviolent social movements are a powerful means for preserving democracy and making societies address critical social problems. They enable citizens to challenge the prevailing centers of power and become active in society’s decision-making process, especially at times when the normal channels for their political participation are ineffective. Social movements mobilize citizens and public opinion to challenge powerholders and the whole society to adhere to universal values and sensibilities and redress social problems. At their best, they create an empowered citizenry, shifting the locus of social and political power from central elites and institutions to new grassroots networks and groups.

TWO VIEWS OF POWER
Many activists simultaneously hold two contrasting models of power—power elite and people power. Each of these views, however, leads to opposite movement strategies and target constituencies.

The Power Elite Model holds that society is organized in the form of a hierarchical pyramid, with powerful elites at the top and the relatively powerless mass populace at the bottom. The elites, through their dominant control of the state, institutions, laws, myths, traditions, and social norms, serve the interests of the elites, often to the disadvantage of the whole society. Power flows from the top to bottom.

Since people are powerless, social change can be achieved only by appealing to the elites at the top to change their policies through normal channels and institutions, such as the electoral process, lobbying Congress, and use of the courts. The target constituency is the powerholders, and the method is persuasion, either convincing existing powerholders to change their view or to elect new powerholders. The chief opposition organizations are professional opposition organizations (POOs), which have national offices and staff in Washington, D.C., with regional offices around the country.

The People Power Model holds that power ultimately resides in the mass populace. Even in societies with strong power elites, such as the United States or Marcos-led Philippines, the powerholders’ power is dependent on the cooperation, acquiescence, or support of the mass public. This model is represented by an inverse triangle, with the people at the top and the power elite at the bottom.

People power is the model used by social movements. The movement’s strategy is not only to use normal channels in an effort to persuade powerholders such as President Reagan to change their minds, but also to alert, educate, and mobilize a discontented, impassioned, and determined grassroots population using nonviolent means beyond the normal parliamentary methods institutions.

THE MOVEMENT’S SOURCE OF POWER
The source of power of social movements lies in two human qualities:

Social movements derive their power from an upset, impassioned, and motivated populace set into motion. This happens when people recognize that their strongly felt beliefs, values, and interests are unjustly violated, and the population is provided with hope that change can happen and a means for them to act. People are specially aroused to action when trusted public leaders, such as the President or Congresspeople, violate the public’s trust to carry out their duties of office in an honest and lawful manner.

SOCIAL MOVEMENTS VS. POWERHOLDERS
The process of achieving social change through social movements is the struggle between the movement and powerholders of the hearts, minds, and support (or acquiescence) of the general public. The powerholders advocate policies that are to the advantage of society’s elites, but often to the disadvantage of the majority population and in violation of its strongly held values. Before movements begin, however, the populace is usually unaware of the problem and the violation of their values, but they would be very upset and easily spurred to action if they knew.

THE POWERHOLDER STRATEGY
The powerholders maintain their power and the status quo by hiding the moral violations of social conditions and by their policies through the following strategies:

Senators of Both Parties respond to the Preferences of the Wealthy, and ignore those of the Poorest, by Thomas J. Hayes, 2013.

Why Competition in the Politics Industry is failing America by Katherine M. Gehl and Michael E. Porter, 2017.

How did Corporate Power get a Stranglehold? (The Powell Memo), 2011.

Lifting the Veil of Mirage Democracy in the United States by Kevin Zeese and Margaret Flowers, 2013.

Fighting for a Legitimate Democracy by and for the People by Kevin Zeese and Margaret Flowers, 2014.