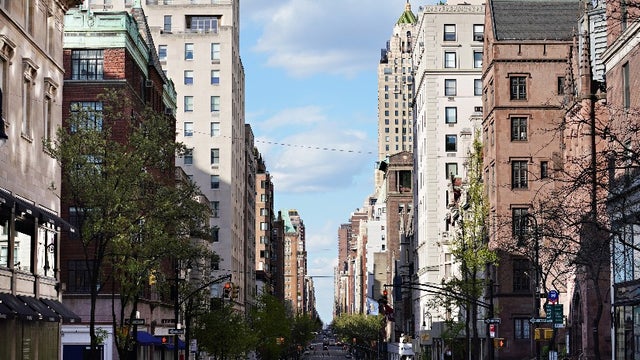 At least 90 percent of the nation’s cities are facing a budget crisis because of the economic shutdown in response to the COVID-19 pandemic, according to a mid-April report by the U.S. Conference of Mayors and the National League of Cities. Because municipal governments cannot run deficits, they will have to respond by cutting staff and programs, which will worsen the economic conditions of the cities they serve.

If cities had public banks, they would be much better equipped to deal with these budget shortfalls and maintain the services and staff most vital to their economic recovery. That’s why state and local political leaders should use emergency powers to rapidly create public banks that can serve as key engines of a just and sustainable economic recovery.

Public banks are new to most of us in America, but they have been a proven institution globally for the past few hundred years. The one place in America where public banking is not new is North Dakota, where the 100-year-old Bank of North Dakota is widely credited with helping the state’s economy weather the 2008 recession far better than other states.

In 2019, the California Public Banking Alliance ushered through the California legislature historic legislation, AB 857, The Public Banking Act. This law for the first time allows municipalities across the state to set up public banks in their communities. An increasing number of states and localities are considering following California’s lead.

A public bank, capitalized with the deposits that cities now park in Wall Street banks, will be a ready source of funds to help people and businesses sustain themselves through these hard times and rebuild. Public banks, like all banks, are able to multiply the impact of their capital by leveraging it up to ten times in loans. They provide the most efficient means for expeditiously deploying funds quickly to help recovery efforts, such as the low-interest loans to small- and medium-sized businesses to help them get back on their feet.

Imagine the difference it will make when a network of public banks exists to partner with the Small Business Administration to help execute the Paycheck Protection Program authorized by Congress. Instead of small businesses being frustrated trying to work with the commercial banks to obtain the loans, and having no place to turn when the agency announced the program ran out of funds on April 16, public banks would be there to stand in the gap.

Rescue funds from the Federal Reserve Bank would be distributed through them, focused on rebuilding communities rather than rebuilding astronomical profits of Wall Street banks. When the loans are repaid, those funds remain in our communities to fund future projects, rather than being siphoned off to financial industry CEOs, shareholders and banking executives. Public banks will invest these funds into making communities more resilient to disasters. They will be obligated to fund affordable housing, minimizing the number of unhoused who are most vulnerable. They will be responsive to community demands for capital improvements for hospitals and community clinics to provide accessible healthcare for daily needs, as well as for disaster preparedness. They can help usher in a cleaner, environmentally responsible future by funding local Green New Deal projects.

The ripple effects of the COVID-19 crisis are likely to last for years, bringing about profound changes to our society. While many may wish for a rapid return to “normal,” let us remember what has been “normal” in the past: People drowning in debt to pay medical bills, fund college educations and simply survive; Global climate crisis glaring at us with rapidly melting glaciers, fires, droughts and tumultuous floods; Rampant numbers of unhoused living on the streets; Thousands at risk of losing their homes to evictions and foreclosures; 40 million Americans living below the poverty line, with 40 percent unable to weather a $400 financial emergency.

We must recover from this disaster with a healthy and regenerative social and economic order by creating new institutions capable of dealing with crises responsibly and investing in our communities in order to prevent future calamities that spiral out of control.

Public banking will enable a return to conservative banking practices focused on realistic projects that build communities, rather than remote projects, like drilling for oil in the Arctic, that may reap huge financial profits but entail enormous environmental costs and huge financial risk.

Financing local investments for sustainable energy, community-based enterprises and affordable housing is not the sexy side of banking, but it is financially secure and environmentally sound. Most importantly, this is the kind of investment that will rebuild resilient, just and equitable communities capable of thriving in a “new normal” future. We need public banking now.

Isaiah J. Poole is editorial manager of The Next System Project at The Democracy Collaborative. Rick Girling of the California Public Banking Alliance contributed to this article.