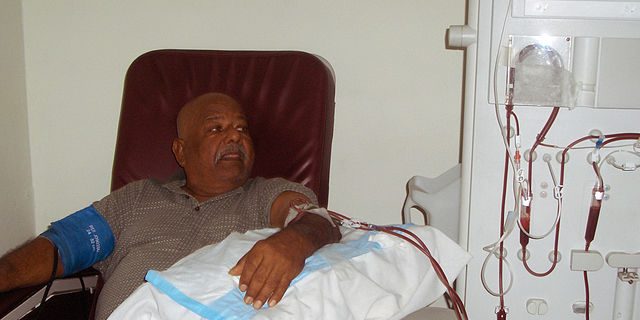 Health care disparities are inevitable when notions of white superiority are guiding principles in every sector of society.

The term “race norming ” ought to be immediately suspected as having a nefarious intent. Anything referred to as norming in a racist society invariably ends with Black people getting the short end of the stick. The concept that Black bodies are anatomically different may be known as “race correction”, “ethnic adjustment”, or “race adjustment” and causes Black people to be undertreated for pain, undiagnosed for serious illness, and denied life saving treatments because of an idea which is inherently white supremacist and very much unscientific.

While we are urged to trust science, there must be an acknowledgement that sciences, including medicine, are not exempt from the wider world in which they exist. Until very recently, a diagnosis of serious kidney disease was made by including race as a factor in determining eGFR, a measurement of kidney function. The test usually resulted in determinations that Black patients were less sick than whites or weren’t classified as having kidney disease at all when in fact they did. These determinations are crucial in deciding eligibility for transplants. Despite having higher rates of kidney disease, Black patients were given transplants less often, and the disparities in treatment even grew wider in recent years. Now the National Kidney Foundation and the American Society of Nephrology recommend doing away with the race based assessment .

A 2020 lawsuit revealed that the National Football League (NFL) was using race norming to pay fewer of its former players who had suffered concussions. In a landmark 2013 settlement the league set aside $765 million to pay retired players for the CTE brain injuries they had incurred during their careers. It was only recently revealed that race norming prevented the mostly Black athletes from collecting any money. The norm for cognitive health was set lower for Black men, and therefore they had to prove a greater degree of injury in order to win their cases. A lawsuit from two of the retirees and bad publicity ended the practice but the fact that it existed at all speaks volumes about the way that Black people are viewed in this society.

Simply put, Black people are not seen as being fully human. Of course medical tests and lawsuits are skewed to guarantee that they will not receive care that white people can expect to receive. The legacies of enslavement and America’s apartheid of Jim Crow segregation can’t be addressed if there isn’t frank and open discussion about how racism is manifested.

The desire to believe that medicine would somehow be different from the rest of society is understandable but it is illogical on its face. There is no segment of the population that is untouched by beliefs in white superiority. The recent decision to cease using race as a determining factor in guiding the care of kidney patients is just one example of how Black patients are often mistreated or untreated. Conditions such as amyotrophic lateral sclerosis (ALS) are thought of as being white people’s illnesses and Black patients are diagnosed at later stages of disease if they are diagnosed at all.

These revelations are shocking on one level and yet unsurprising on another. Black people are generally on the high end of negative metrics and on the low end of any that are positive. A group that is more likely to be arrested or imprisoned or paid less will also not be treated as well in medical settings. The idea that doctors and nurses can be as racist as the police is frightening but also makes perverse sense. There is no immunity from the rampant disease of racism and the expression, “Physician heal thyself,” comes to mind.

It is not surprising that Black people are less trustful of authority or are less likely to be part of clinical trials or are hesitant about receiving covid vaccines or other treatments. Too often trust in esteemed institutions leads to disappointment or worse. The same scientific fields that design a database of voice prints for incarcerated people or use algorithms to determine sentencing in court will also deny a sick person in need of a kidney transplant.

Nothing can be cured until white supremacist ideology is treated. It permeates every sector of society and gives great privilege to one group at the expense of another. It causes well educated people to devise new ways to keep themselves and their group members on top and others on the bottom. It would be quite shocking if Black people were more trusting in healthcare, law enforcement or any other system. Such naivete would defy any sort of logic.