Eight years ago on Monday, Tunisia’s dictator President Zine El Abidine Ben Ali fled the country as the people declared a revolution that ushered in the Arab Spring. The struggle for democracy still continues today in the north African nation, and radical municipalism plays an important, often undiscussed role – particularly in Jemna.

Jemna is a south Tunisian oasis famous for its ‘deglet nour’ (“dates of light”), fruits that have long nourished locals. Jemna is also gaining a reputation as a beacon of people power. Tunisia continues to lead the region with socially progressive momentum, especially in comparison to the extreme violence and bloody aftermath of other democratic uprisings across the Middle East since 2011. 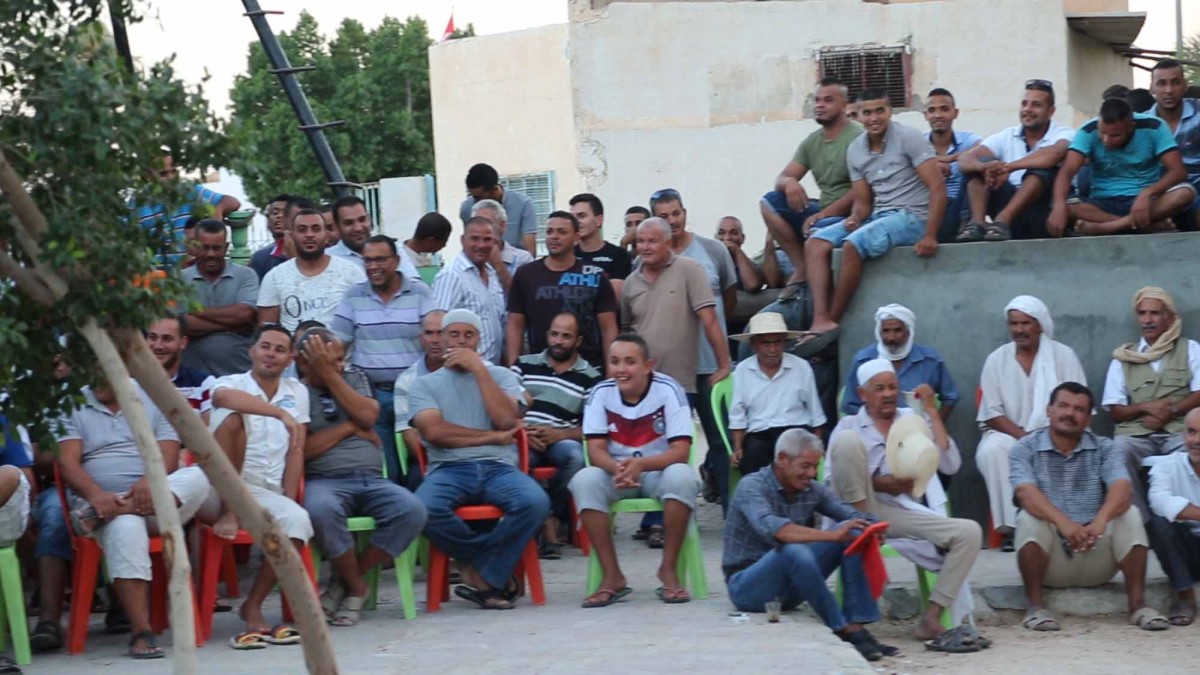 People in Jemna reclaimed their land two days before Ben Ali fled as the Jasmine Revolution was germinating across Tunisia and beyond. Jemna occupies 185 hectares, about two-thirds the size of the City of London. Through a community committee known as the Association for the Protection of Jemna’s Oases (APJO), the took over the region’s agricultural management. Before being controlled by collaborators of two Tunisian dictators (1957-2011) and, more previously, French colonialists (1912-1956), Jemna had sold dates as its cash-crop.

Now, it is returning to those traditions. Since locals have recovered their ancestors’ land, date production – and employment in the industry – has increased significantly. More broadly by 2016, APJO had reinvested $630,000 toward community projects. The people of Jemna refurbished primary and secondary school buildings, built a community health center and covered communal marketplace, and bought an ambulance.

Global media elevates Tunisia as the Arab Spring success story. But this ignores the Democratic Federation of Northern Syria (also known as Rojava) and specifically the Kurdish feminist democratic project where, like in Jemna, organizing for revolution predates 2011.

Although Tunisia has moved beyond its post-dictatorship moment – for instance, by writing a new constitution that enshrines women’s rights – the struggle for progress continues. Tunisians have been out on the streets of capital Tunis and across the country, often facing violent repression, to prevent new austerity measures. The people have organized against counter-revolutionary forces within the parliament that seek to wind the clock back and give the country’s elites the lion’s share of its wealth, harkening back to the Ben Ali days. The country has also suffered deadly fundamentalist attacks.

Jemna’s relationship with Tunisia’s various national governments since 2011 showcases the country’s struggle for sovereignty struggle. Tunisia’s Department for Properties and Land Affairs has legally challenged APJO saying that the land is state owned so the association cannot sell its harvest. In reaction, APJO took its dates to market, drawing national solidarity and becoming a symbol of the bottom-up, ongoing Jasmine Revolution. 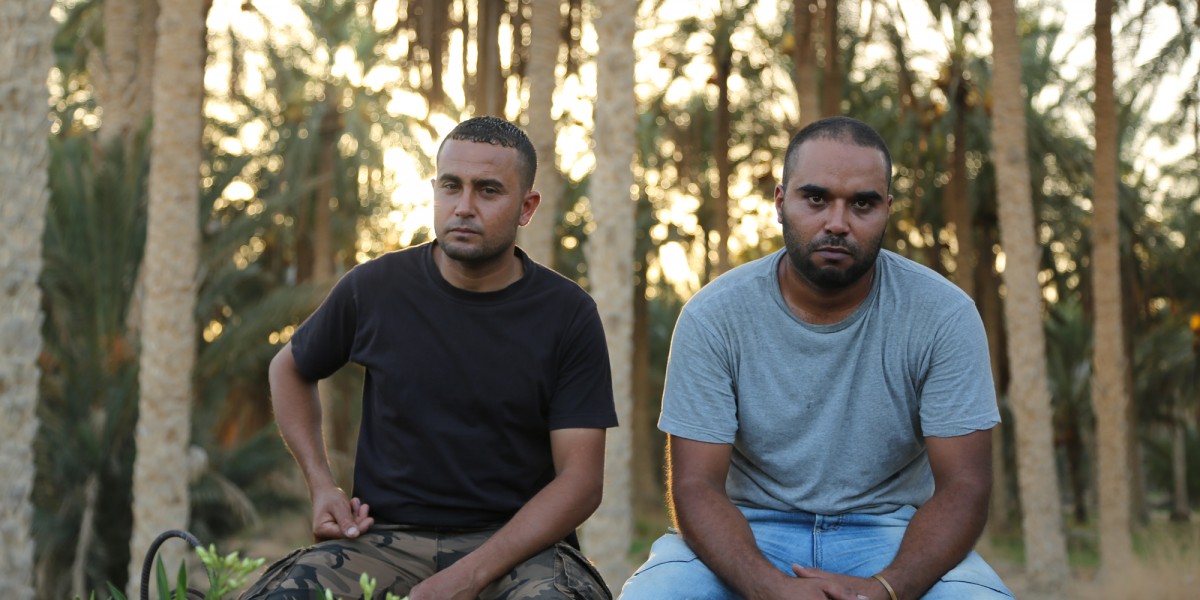 Jemna is one among many local and grassroots movements in the country. Another focal point is women’s empowerment: Tunisia has strong women’s rights built into its constitution. For this, the national government does not deserve credit but instead the diverse social movements.

Other current feminist movements in Tunisia include Aswat Nissa, which runs workshops helping women enter politics; Chaml, a group that promotes feminism through blogs and workshops; and Chouf, composed of audiovisual activists who fight for women’s sexual rights.

Reclaiming land in Jemna is also enabling women’s empowerment, not least as global agribusiness frequently exploits a workforce heavily made up of women. In this light, Jemna and radicial municipalism can be seen as novel projects in decentralisation: where people are demanding local sovereignty connected more broadly to Tunisian social movements that were initiated on the streets in 2011. The Jasmine Revolution simultaneously rejected both Ben Ali as a dictator and his economic program that followed the international neoliberal order, establishing a more just social and political model to strive for.

A year ago, in January 2018, renewed mass protests against proposed austerity measures grew so large in Tunisia that the international media suggested the Arab Spring had restarted. More accurately, Tunisia is in a constant state of dynamic protests as social movements contest attempts by elites to maintain or extend their control in the sphere of international finance.

Similar protest themes also show the continuity of resistance and progress. In the summer of 2012 following the Jasmine Revolution, the “Protests Against Thirst” and “Manich Mymeh” (“I do not forgive”) emerged, in 2015 and 2017, respectively. In between those were a series of 2016 protests against unemployment, followed in 2018 by the “Fach Nestannaow” (“What are we waiting for?”) wave of dissent.

In the midst of these dynamic, turbulent and also at times violent situations, Tunisia has seen relative success, with achievements including its writing of a reasonably progressive constitution But it continues to face severe economic problems, including escalating inequality and unemployment, as the country’s elites continue their efforts to rewind the clock, push austerity and centralize power.

More profoundly, Tunisia’s social successes lie in the social movements’ resistance, which has avoided the kinds of counter-revolutionary coups that devastated neighbouring countries, most notably Egypt.

The relative success of Tunisia’s young democracy was revealed when the crown prince of Saudi Arabia toured the region after the brutal murder of Saudi journalist Jamal Khashoggi. Tunisia was the only Arab nation where protests against the crown prince were tolerated. 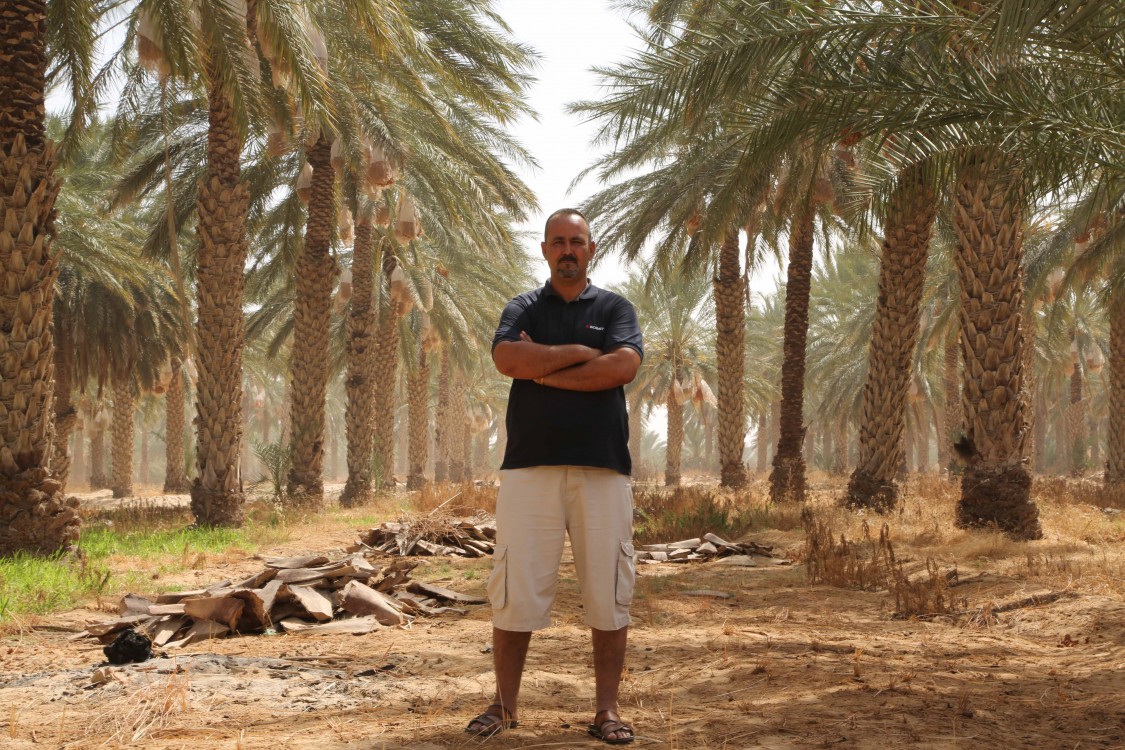 Another success was Tunisia first ever municipal elections, which after many delays were held on May 6, 2018. There, Tunisians elected local representatives in a process that again showed how the country has broken ground and moved on from its centralized legacy. For instance, mandated by its constitution, half of all those people elected for each party were women.

On the other hand, the process of rolling out local government reforms also faces severe challenges. Turnout in the election was approximately a third of potential voters, mirroring the low numbers in places like the United States.

One reason for the lack of political engagement is Tunisia’s historic legacy of dictatorship, in which power remained centralised as it was during colonial times. This is a problem for many nearby countries, where post-colonial life means local strongmen have often headed systems that served multinational interests rather than the people’s. Local democracy needs a chance to show its worth.

One part of the solution, therefore, is that social movements make the most of the new constitution and further push its evolution. But examples such as Jemna also stand out as examples of Tunisians taking local control of their future. According to Jacobin, 60,000 hectares of state-owned agricultural land in Tunisia has also been re-appropriated via similar self-organized communities.

As Taher Etahri, president of the Association for the Protection of Jemna’s Oases, said, quoted by Open Democracy: “The experience is rich in lessons. We are no longer under the tutelage of the state; we act for public good. Everybody is looking up at Jemna, which makes us stronger and in more solidarity with each other.”