Rebranding The Guggenheim As Labor-Exploiting 1% Museum

From CreativeResistance.org an associated project of Popular Resistance

At 10:00 pm on March 24, 2014, members of Gulf Ultra Luxury Faction (G.U.L.F.) joined by the OWS Illuminator occupied the facade of Guggenheim Museum in Uptown Manhattan for over 40 minutes.

G.U.L.F. rebranded the Guggenheim’s flagship museum in protest of complicity at the ill-treatment and economic exploitation of migrant workers in Abu Dhabi who are beginning to build the new Frank Gehry-designed Guggenheim on Saadiyat (aka ‘Island of Happiness’. G.U.L.F.’s act of messaging solidarity follows recent reports from Human Rights Watch, as well as investigative findings from members of the Gulf Labor Coalition (some of whom overlap with G.U.L.F.) who have just returned from a fact-finding mission in Abu Dhabi where where they visited several worker camps and spoke with workers.

They confirmed a reality that is the opposite of happy: multiple labor violations, generated by a system built on human suffering and debt bondage. 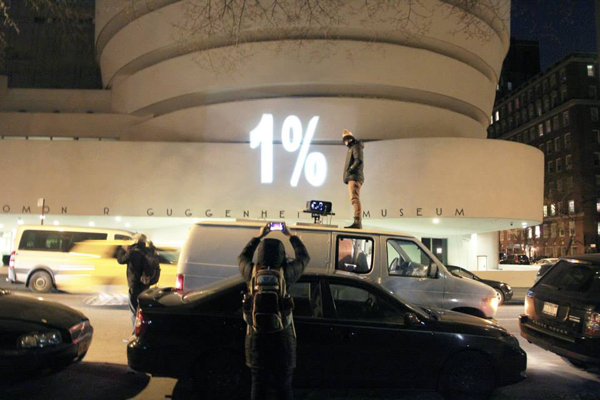 G.U.L.F. renewed the call on the Guggenheim to own up to its responsibility as a leading cultural, educational and art institution, and not take economic advantage of the workers seeking the ‘Gulf Dream’. Workers should not be caught in a debt spiral where they must work for years on building the museum only to pay the fees that brought them to Abu Dhabi in the first place.

Guggenheim has a choice here. It must refuse to lend its cultural capital to build the ‘Island of Happiness’ where art and luxury mask and maintain a racialized exploitative labor regime, while using its PR department and those of its partners to hide the facts and mislead the public.

Unless the Guggenheim changes course with the new museum in Abu Dhabi, G.U.L.F. will continue to remind the Guggenheim that their brand is: “1% Global Museum.”

There are other possible Futures of Art.
Reported by Anjali Kamat & Produced by Samuel Black for Fault Lines Al-Jazeera
To view more images from the action please click here.

This art action was a contribution to Gulf Labor’s “52 Weeks” exhibit.

From the Gulf Labor Website:
Gulf Labor is a coalition of artists and activists who have been working since 2011 to highlight the coercive recruitment, and deplorable living and working conditions of migrant laborers in Abu Dhabi’s Saadiyat Island (Island of Happiness). Our campaign focuses on the workers who are building the Guggenheim Abu Dhabi, Louvre Abu Dhabi, and the Sheikh Zayed National Museum (in collaboration with the British Museum).

“52 Weeks” is a one year campaign starting in October 2013. Artists, writers, and activists from different cities and countries are invited to contribute a work, a text, or action each week that relates to or highlights the unjust living and working conditions of migrant laborers building cultural institutions in Abu Dhabi. 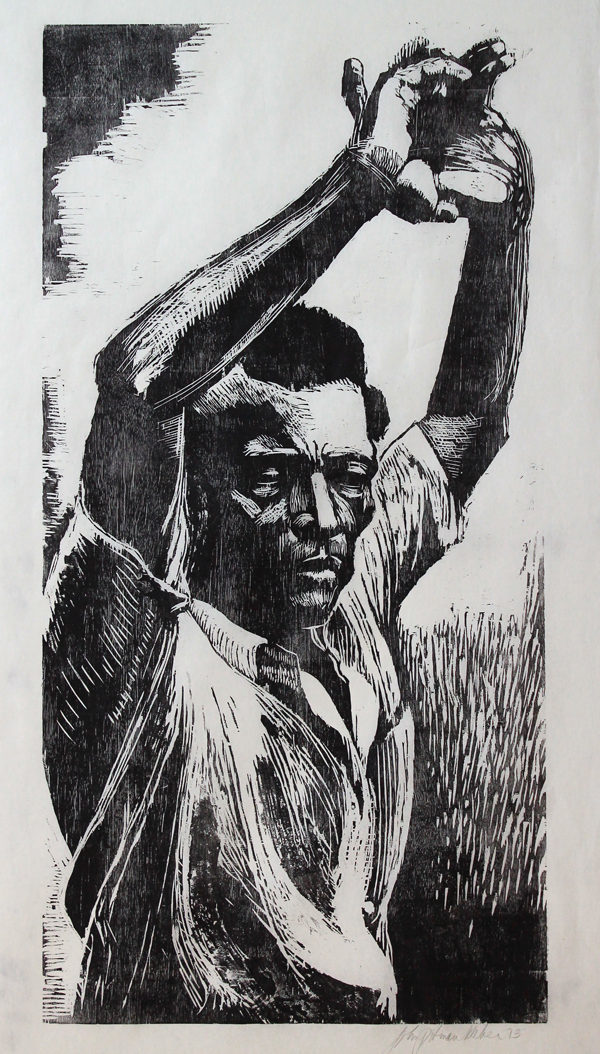 Despite being one of the wealthiest nations in the world Abu Dhabi has yet to agree on measures to assure fair labor conditions even as they seek to legitimize their cultural endeavors by purchasing the choicest of Western brands: The Guggenheim, Louvre, New York University. 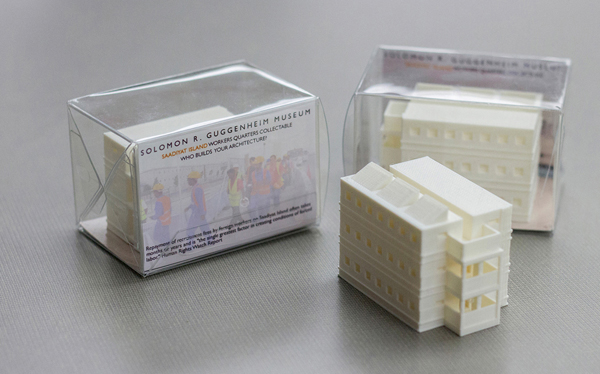 Jim Goldberg, Akima and Arif. Bangladesh, 2007.
-Link to image on “52 Weeks.”- High resolution download available.
“We drove all day and into the night to reach this village in the north of Bangladesh. The village could not sustain itself, as it was no longer farmable. The trees had been cut down, the streams poisoned, and the floods had gotten worse.

There were plenty of children, grandfathers, and grandmothers, but few mothers, fathers, and teenagers. Everyone who was of age and able had left to seek work in Dhaka, or paid away their savings to a middleman who arranged for them to be sent to the Middle East.

Akuma had only seen her father once, seven years before, when he returned to the village and Arif was conceived.

Three fathers from the village had disappeared that year alone.”
— Jim Goldberg 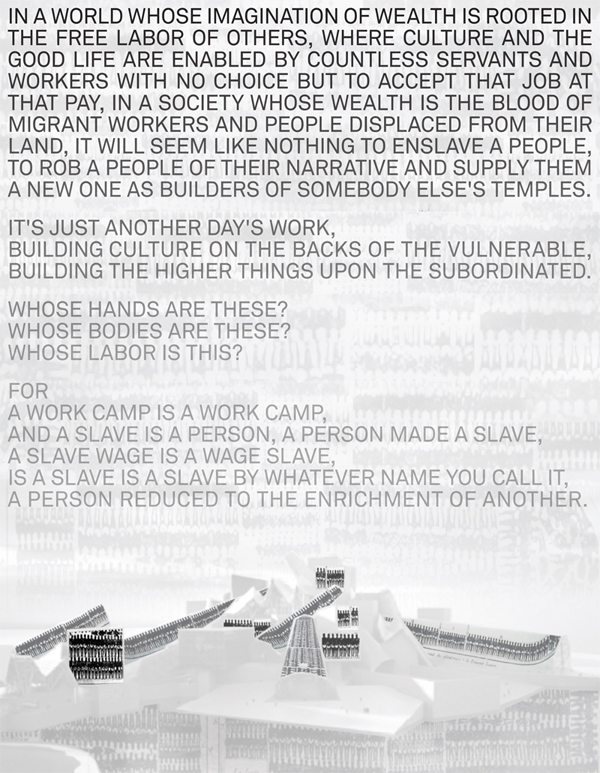