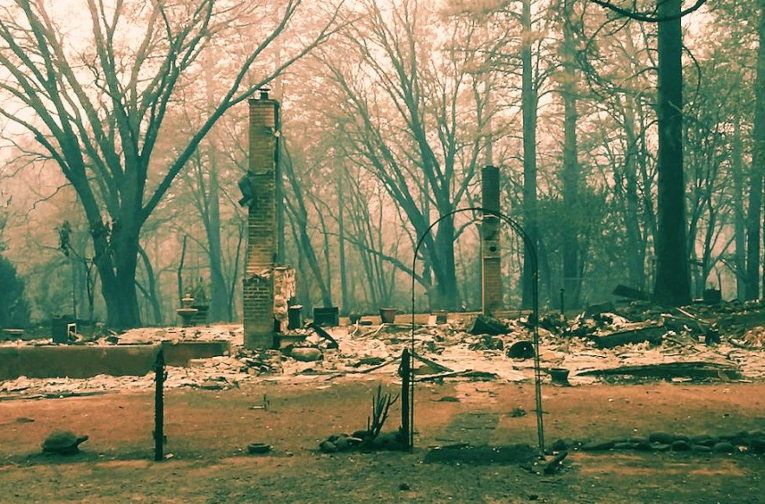 The planetary boundaries concept has profoundly changed the vocabulary and representation of global environmental issues.

There is a need though to bring forward a more critical social science perspective to this framework by (re) defining boundaries through transdisciplinary and democratic processes.

The concept of planetary boundaries was introduced by Johan Rockström and colleagues in 2009 in the wake of the United Nations Climate Change Conference in Copenhagen where countries endeavored ‒ but ultimately failed ‒ to agree upon a new framework for climate-change mitigation. In contrast to earlier debates on environmental limits, “planetary boundaries” focus less on the exhaustion of natural resources than on the biophysical impacts of resource use and material consumption: the overfertilization of soils, the destruction of ecosystems, and overtaxing the capacity of sinks to absorb emissions and other effluents produced by human activities.

Rockström and colleagues are careful to avoid the technocratic hubris of prescribing a level and composition of societal metabolism for humanity. They argue, rightly, that boundaries have to be conceptualized or defined based on the risk tolerance of societies to non-linear and potentially catastrophic change. They also state that the “predominant paradigm of social and economic development remains largely oblivious to the risk of human-induced environmental disasters at continental to planetary scales”. Economic activity is identified as a key driver of anthropogenic environmental change that can push “coupled human-environmental systems” beyond thresholds of known stability and into zones of non-linear and potentially “catastrophic” environmental change but is also not sufficiently problematized.

Strengths of the planetary boundaries framework

We identify three main strengths of the framework regarding its potential contributions to transformative knowledge. First, it has widened the political and academic debate on the ecological crisis beyond climate change, which has dominated much of sustainability discussions since the turn of the century, to a more varied account of ecological and biogeochemical forces induced by societal metabolism, including topics such as biodiversity loss or eutrophication. Planetary boundaries proponents warn that the complexity of, and interlinkages among, different biophysical subsystems or processes are of utmost importance and that if tipping points are reached, the resulting changes may be unpredictable and possibly irreversible.

As a second strength, the framework rests on the ontological claim that contemporary human societies have become dependent for their flourishing on the “stable environmental conditions” – i.e. ecological and geological conditions – of the Holocene and that there are identifiable thresholds within which this stability is secured. Framing ecological questions in this way stresses the deep connections between geology, biology, as well as human and environmental history. It has provoked humanists and social scientists to analyse socio-historical interconnections between human and nonhuman agents (as in the early colonial plantations) in a critical dialogue with the natural sciences.

A third strength lies in the iconic image used to depict planetary boundaries: an infographic with Earth overlaid by concentric orbits representing three spaces as distances from a centre: a safe green zone, a yellow zone of risk, and an outermost red zone of thresholds crossed. The boundaries for the nine key Earth-system processes identified in the framework are presented as dimensions emanating from the centre in a simple and intuitive representation of boundary transgression.[i] The popular success of the planetary boundaries concept can certainly be attributed to the visual power of this illustration that rapidly became standard fare in scientific and educational presentations. Thus, the notion of planetary boundaries went beyond the mere presentation of scientific results to change the frame of popular debates and to inform subsequent research on sustainability issues. However, the diagram is a simplification ‒ while easy to communicate, it suppresses the complexity of different planetary processes as well as their interlinkages.

Weaknesses of the planetary boundaries framework

We also see weaknesses and ambiguities that allow for “business-as-usual” and “pro-status quo” interpretations of the framework. The planetary boundaries concept identified the “predominant paradigm of social and economic development” as the main driver toward “continental and global” environmental disasters, without explaining which societal, political, and economic conditions lead to unsustainability, and in what way. It is not economic activities in the abstract that lead to ecological crisis but rather economic activities with particular logics and under certain circumstances. More precisely, we argue that the growth imperative of capitalist economies, as well as other characteristics, are the main drivers of the ecological crisis and exacerbated trends already. Indeed, even before capitalist growth economies, the enclosures of the natural commons – land, water, biodiversity, and creative human labour – as part of transitions from feudalism through to militarized mercantile capitalist conquests and settler colonialism, inscribed global accumulation with a destructive logic for our planetary ecology.

Further, the planetary boundaries framework can support interpretations that do not solely emphasize technocratic operational approaches and costs, but also assume that these alone can be the solution. The technocratic bias embedded in the proposed political solutions that often accompanies planetary boundaries research ranges from including nuclear energy as a replacement for fossil fuels to the deployment of large-scale geoengineering technologies. This technocratic drift is not incidental, but rather is built into the planetary boundaries framework itself, in its view of the Earth from an “astronaut’s eye view” that can only be provided by scientists, but which runs a risk of ignoring severe regional or local impacts of global warming triggered long before global thresholds are crossed. From this perspective, Earth is envisioned as a globe that appears – at least in principle – as if it can be managed as a cybernetic system, albeit with the complication of non-linear feedback loops. Technical solutions, however, have been subject to several criticisms from social scientists and humanities scholars.

Political ecologists and social ecological economists have long criticized how the framing of limits as something external that resides in nature and as given to humanity “depoliticizes” decisions at stake. The post-political definition of planetary boundaries renders invisible, or at least relativizes, the social conflict embedded in the trajectories that transgress the boundaries, or the distribution of the benefits and impacts that they entail. Moreover, it threatens to mask economic dynamics such as the increasing competition for scarce resources or what movements have called the “last great dispossession of the commons.”

A further limit of the planetary boundaries framework lies in the socio-political and socio-ethical implications of selecting these particular nine boundaries. While Earth-system science presents an important valuation perspective with respect to specific biophysical processes included in the planetary boundaries, it does not discuss the normative and political dimensions involved in selecting these boundaries. For example, in the case of biodiversity loss, “ethics” is mentioned as a dimension of acceptability of species loss but is mostly intended in terms of traditional conservation biology literature and not further examined. By failing to clarify and critically discuss its normative assumptions, the planetary boundaries concept limits its consideration to a rather narrow spectrum of values and worldviews and neglects perspectives voiced, for example, in environmental justice literature or in feminist and indigenous care ethics and in other, environmental values literature.

Furthermore, the planetary boundaries concept emphasizes the need to bring the “coupled human Earth System” back into a “safe operating space,” which assumes that the Holocene or, at least, the recent past was safe for all people. Societal values that address dimensions of climate crisis such as the unequal distribution of risks or other aspects of climate justice may require an adaptation of the variables signalling a “safe operating space.”

The need for reconceptualisation

In other words: for which part of the global population and for what purposes is a certain “operating space” safe? What is acceptable for one social group might rely upon unacceptable forms of oppression and exposure to environmental hazards for others. Global “agreement” on the maximum of 1.5 degree of global heating might help sustain living conditions and ecosystem functions in some parts of the world but puts under severe pressure people living in low lying coastal areas, or those depending on the glacier functions of the Andes.

We agree with the original argument made in the Rockstrom et al. paper in 2009 that boundaries are socio-political constructs. While they are informed by science ‒ in other words based on the currently available (necessarily incomplete) understanding of Earth-system dynamics ‒ their definition also requires normative and political assumptions of what are acceptable or “unacceptable” paths for humanity in general, to use Rockström et al.’s terms. Reaching across scales, boundaries also imply a notion of (un)acceptable configurations of limits from the local to the national, regional, and global levels. Yet from a purely global perspective, if those in the global North tried to negotiate the distribution of environmental benefits and burdens within and between societies, given the dominant socioeconomic systems, it would surely result in multiple forms of inequality. This is the case as the very idea of any acceptable or unacceptable distribution path is inescapably tied to unequal gender and class relations, racism, colonialism, and imperialism, to name but a few dimensions of the complexity of social relations across scales.

In this short intervention, we bring a critical social science perspective to the Planetary Boundaries framework through the notion of societal boundaries and aim to provide a more nuanced understanding of the social nature of thresholds, one that it has the potential to offer guidelines for a just, social-ecological transformation.