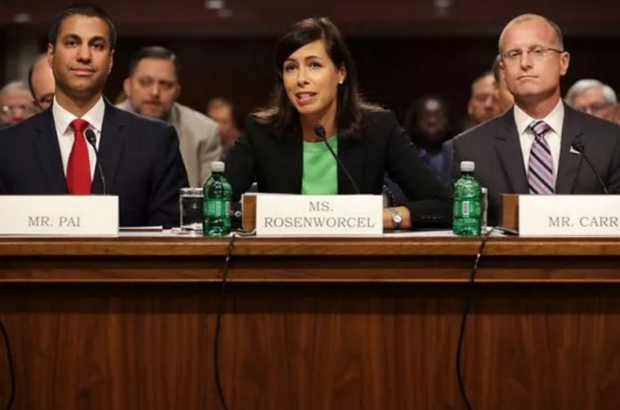 The FCC’s Electronic Comment Filing System now shows that more than 10 million comments have been filed on the proposal to repeal Title II Net Neutrality.  KZ

The U.S. government has received more than 9 million public comments on rolling back net neutrality regulations, a record response to this hot-button issue that both sides argue plays an essential role in who gets Internet access.

More than 9 million comments — the largest influx ever — have been filed with the Federal Communications Commission about the agency’s proposal to reverse the net neutrality rules it passed in 2015. The first public comment period ended Monday, and now a one-month rebuttal period is underway. Already, about another million additional comments have been submitted.

Those totals were boosted by last week’s online ‘Day of Action’ conducted by tech companies and liberal privacy rights organizations that support the net neutrality regulations, as well as opposing comments from those in favor of overturning the rules. Big tech companies including Amazon, Google and Microsoft argue rolling back the rules will give Internet providers too much flexibility to favor some content and to charge more for others.

That fear ruled the day two years ago, when the FCC passed rules preventing Internet service providers (ISPs) from throttling or blocking content online, and prohibited ISPs from prioritizing content, including their own, over other content, possibly for payment.

President Obama urged then-FCC Chairman Tom Wheeler to use certain rules that harken back to The Communications Act of 1934 to ensure the agency’s regulatory authority. New rules were needed because the agency’s previous 2010 Open Internet order was tossed out of court in 2014 after a legal challenge by Verizon.

Even before he was a presidential candidate, President Trump criticized Obama’s move and, three months ago, current FCC Chairman and Trump appointee Ajit Pai said he would begin a new rule-making process to consider the overturning of the 2015 rules, calling them overly burdensome for ISPs. The commission approved the proposal 2-1 at their May 18 meeting.

Pai and his supporters — including the big telecom and cable companies — argued that the rules unfairly targeted Internet providers, prompting them to hold back on investments in broadband in underserved areas, like rural America.

More: Did Net Neutrality keep broadband out of low-income neighborhoods?

Companies from Amazon to Zynga chimed in just before the deadline — Amazon filed its own comments Monday and both companies (Amazon and Zynga) were listed on a filing by the Internet Association (other members include Facebook, Google, Microsoft, Netflix, Pandora, Spotify, Twitter and Uber). In that letter, more than three dozen companies called for “strong and enforceable net neutrality rules … that ban blocking, throttling, paid prioritization, and other discriminatory practices.”

AT&T, Comcast and others ISPs filed comments supporting the repeal of the current rules, echoing Pai’s concerns that Title II — the portion of the 1934 Communications Act the 2015 rules rely on — was written to deal with monopoly telephone service. “We support the FCC returning internet access to the light-touch regulatory framework in place for more than two decades that kept up with the speed of innovation,” wrote Charter Communications’ letter filed with the FCC.

Also among the comments: a 53-page filing from the Electronic Frontier Foundation and nearly 200 longtime Internet engineers, scientists and experts challenging the FCC’s proposal with “a fundamental understanding of what the Internet’s technology promises to provide … (and) how the Internet actually works.”

The agency’s proposal to reclassify broadband internet service as an information service, rather than a telecommunications service could have a “disastrous effect on innovation in the Internet ecosystem as a whole” and result in a “a disastrous decrease in the overall value of the Internet,” they wrote.

The FCC “will make a full and fair review of the record,” Pai said Wednesday during a Senate Commerce confirmation hearing (his term expires this year). Also up for nomination: Jessica Rosenworcel, who served on the commission from 2012 to 2016, and Brendan Carr, the FCC’s current general counsel who has been nominated by Trump to fill out the five-member commission.

When asked whether citizens’ historic response to the FCC would be considered, Carr said, “It’s very important, I think it shows the level of interest and the passion in this issue and it’s something we need to be taking into account.”