Millions of people came together yesterday for the Global Climate Strike. I was in New York City with some 250,000 other people and the energy, along with other people’s sweaty bodies, was palpable. I came as part of the People’s Mobilization, an effort to connect the issues of US empire and war with climate chaos, and from this intersection build power. After all, the US military is the world’s single largest consumer of fossil fuels, equal to the emissions of 140 countries. If we are to realistically mitigate the worst effects of climate change, the military industrial complex is a good (and necessary) place to start. But the issue of war has been largely lacking in the hot topic of climate justice so a coalition of folks, not least of all those on the receiving end of US bombs, felt the issue needed to be raised. 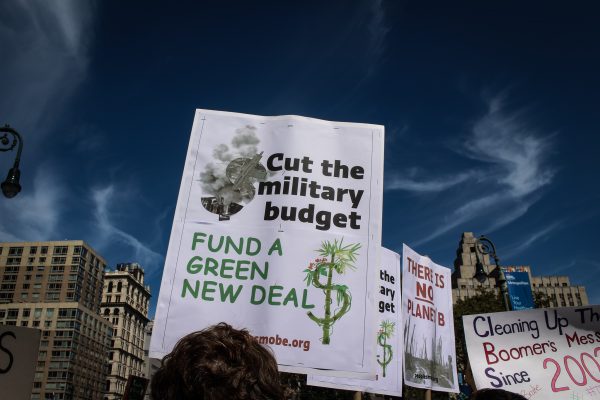 So, we made signs. We painted banners and we handed out information cards. We talked to folks. We did the protest parade, as it were. Now to be clear, as a long-time activist, I’m always glad to see thousands of people come together for a common cause. My jaded perspectives come from almost 20 years of doing this work – not because I lack hope. The truth is that my hope does not rest on mass parades. I say parades not marches because marches are not permitted. They are not lorded over by cocky NYPD officers kettling and directing people like we’re in some fucked up off-Broadway show. They are brash, they are defiant. They are autonomous. They stop and sit, lay down or lock down, flow and manifest in whichever way they need to in order to get the point across: listen, or else. Today was not a march. And that’s ok. It’s ok if we can recognize this and grow with it and from it. It’s ok if we know that we didn’t rattle thrones today. We hung out. And if we hung out and inspired, hung out and planted seeds, watered others, built connections and bridges and other powerful metaphors then fuck yeah! Just call it what it is. 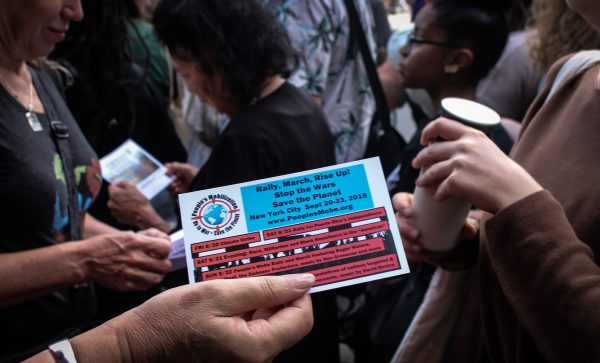 I say this not to shit on the day’s events. I say this to give important context and space for what’s to come, what must come and what is actually already here. All over the world, people are already locking down, setting up tree sits to protect old growth forests, holding space to block pipelines and coal mines, putting their bodies on the line for a future that is tentative at best. People are marching. People are actively protesting. We owe it to them – in true solidarity – to frame our actions for what they are, and prepare and plan for the actions that we must undertake which go beyond the hang out, the parade.

In that sense, use today. Use it to build, to keep building. Where I sit in Queens right now may very well be underwater in 50 years. I think that’s worth a march. That’s worth a lock down. It’s definitely worth more than a hang out. 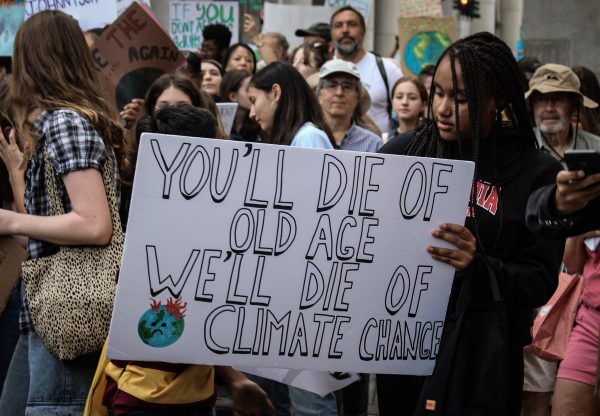 And although I am not as young as many of the folks there today, I reject the idea that those older than me can brush off responsibility just because a young Swede carries a flame that ignited international attention. First of all, youth have been leading climate work long before Greta sat in front of Parliament. Predominantly indigenous and youth of color have been blocking dirty energy projects and demanding climate justice for decades. Now, to be sure, I really like much of what Greta says – and not just because I’m a fellow Swede. But she is not the first nor the only young person to cry out for change in a senseless world. Furthermore, I bristle at the idea of placing so much hope and thereby pressure on the shoulders of a 16-year old. She is not our great hope. She is not an abyss for us to throw our accountability into in the face of climate chaos – nor are the indigenous youth that already carry the trauma and weight of 500+ years of colonial destruction. These and others may be and should be an inspiration but WE must carry this weight together. We have to build these bridges and knock down these pillars of capitalism. We have to rattle thrones and topple empires. We have to leave these parades and think of the future – the future that will be hotter, harder and scarier. And we have to plan for that now.

So, if you were at one of these events today, awesome! Now what? 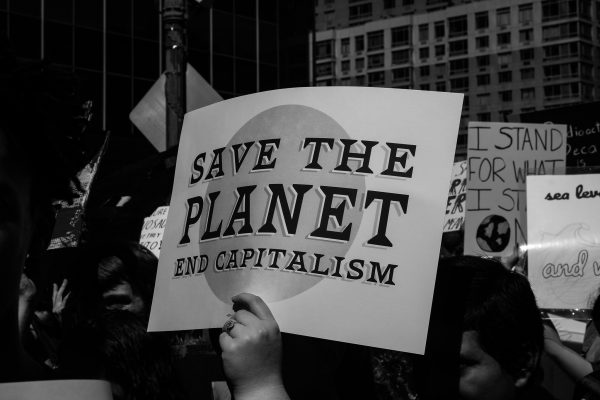