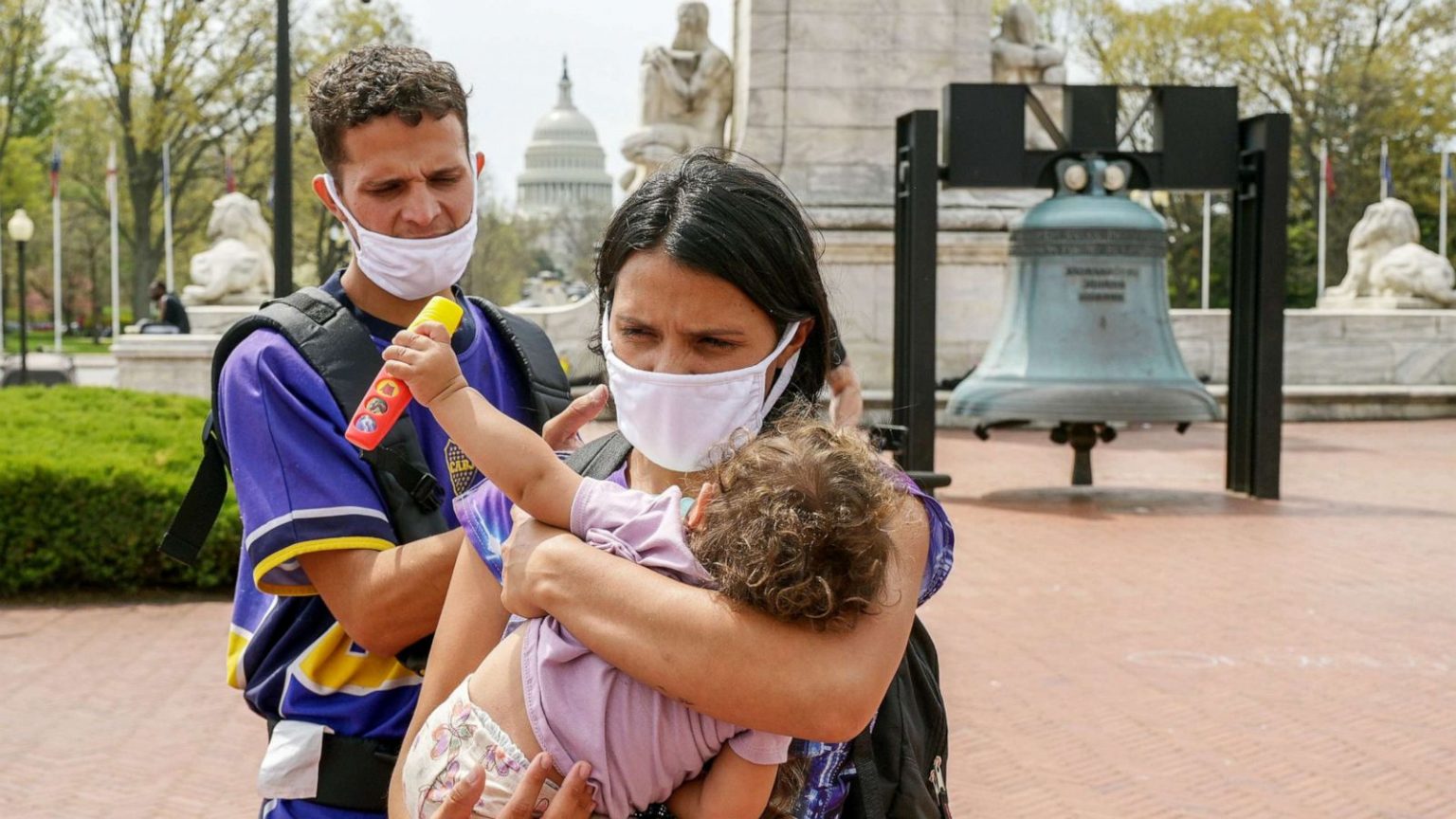 Refugees Are Being Stranded In NYC

As the refugee crisis worsens, the Left in the United States needs a clear strategy for solidarity.

For several days, buses have been dumping refugees from Texas in New York City, along with buses that have been going to Washington D.C. for months. Mutual aid groups are receiving these refugees and providing them with mental health, legal support, and other resources. This mutual aid has formed in the absence of a citywide policy to welcome refugees.

In recent years, more and more refugees from Latin America are migrating to the United States. This increase in migration is a direct result of the climate crisis and centuries of imperialism ravaging and underdeveloping the Global South. Wealthy countries in the Global North are responding with callous disregard for the basic right to migrate, even as they create the conditions for it. For example, many of the refugees are migrating from Venezuela, a country being economically devastated by some of the most intense U.S. sanctions regimes. The United States historically wages economic warfare and regime change throughout Latin America, then punishes migrants who travel North to escape the resulting instability.

Texas Governor Greg Abbott announced this policy on August 5, claiming: “In addition to Washington, D.C., New York City is the ideal destination for these migrants, who can receive the abundance of city services and housing that Mayor Eric Adams has boasted about within the ‘sanctuary city.’”

Under normal circumstances both parties of capital have no issue using immigration to rally their voting bases. However, this game that both Republicans and Democrats play with migrant lives is especially hostile as both parties are in crisis with the midterms approaching. Now Abbott is framing himself as a champion of the far right with his anti-immigrant policies, along with those on abortion and Trans rights. As the climate crisis worsens, the U.S. working class and oppressed, including Texas residents, suffer from the policies of the Far Right. This was shown most glaringly last year when the failure of Texas’s privatized power grid caused workers to freeze to death.

Despite the rhetoric Abbott uses to rile up his base, Democrat-run cities provide no actual sanctuary for working-class or oppressed communities. Eric Adams has been waging a brutal campaign against New York’s unhoused residents. And of course, the attacks of the Far Right are taking place against the backdrop of the Biden administration, which has shown time and again that it will not fight for workers and the oppressed.

In fact, Biden has already shown his true colors on several occasions, like when he attempted to rebrand Trump’s kids in cages as “migrant overflow facilities,” or when the infamous pictures emerged of border police on horses whipping Haitian refugees. Let’s not forget that earlier this summer, the Trump-era border policies that Biden has mostly adhered to killed more than 50 migrants in a trailer in the sweltering Texas heat.

One of the most concerning developments in the United States’ deterrence of immigration is Operation Lone Star. This policy uses the Texas National Guard to police the Texas border. Florida has already implemented a similar policy, Operation Vigilant Sentry, in which various branches of the U.S. military train Coast Guard patrols to intercept migrants from the Caribbean. This is all part of a larger strategy by the Department of Defense and Department of Homeland Security to militarize any response to the climate crisis.

Local actions play an important role in resisting this cruelty, as we can see with the mutual aid groups ensuring that the refugees being bussed to New York City are not left stranded. A campaign of militant and regular direct action also succeeded in forcing New Jersey to close several of its ICE facilities.

Given the scale of the climate crisis and the guarantee of more refugees migrating North, it is essential for the Left in the United States to develop an international strategy in defense of climate refugees. The Left will need to take up specific tasks such as redistributing resources to accommodate refugees. Such accommodation will also benefit workers and oppressed groups in the Global North who have been deprived of sustainable and safe communities. With Republicans fanning the flames of nationalism and isolationism, and even the more left-leaning Democrats attempting to legitimize green militarism, the U.S. Left needs a strategy which can contend with the potential there is for climate nationalism, or even eco-fascism, to develop in this country.

We must organize around clear demands to open the borders, for full legal rights of all migrants, to abolish the police and military, and provide free, quality healthcare, housing, food, and water for all migrants, regardless of immigration status.