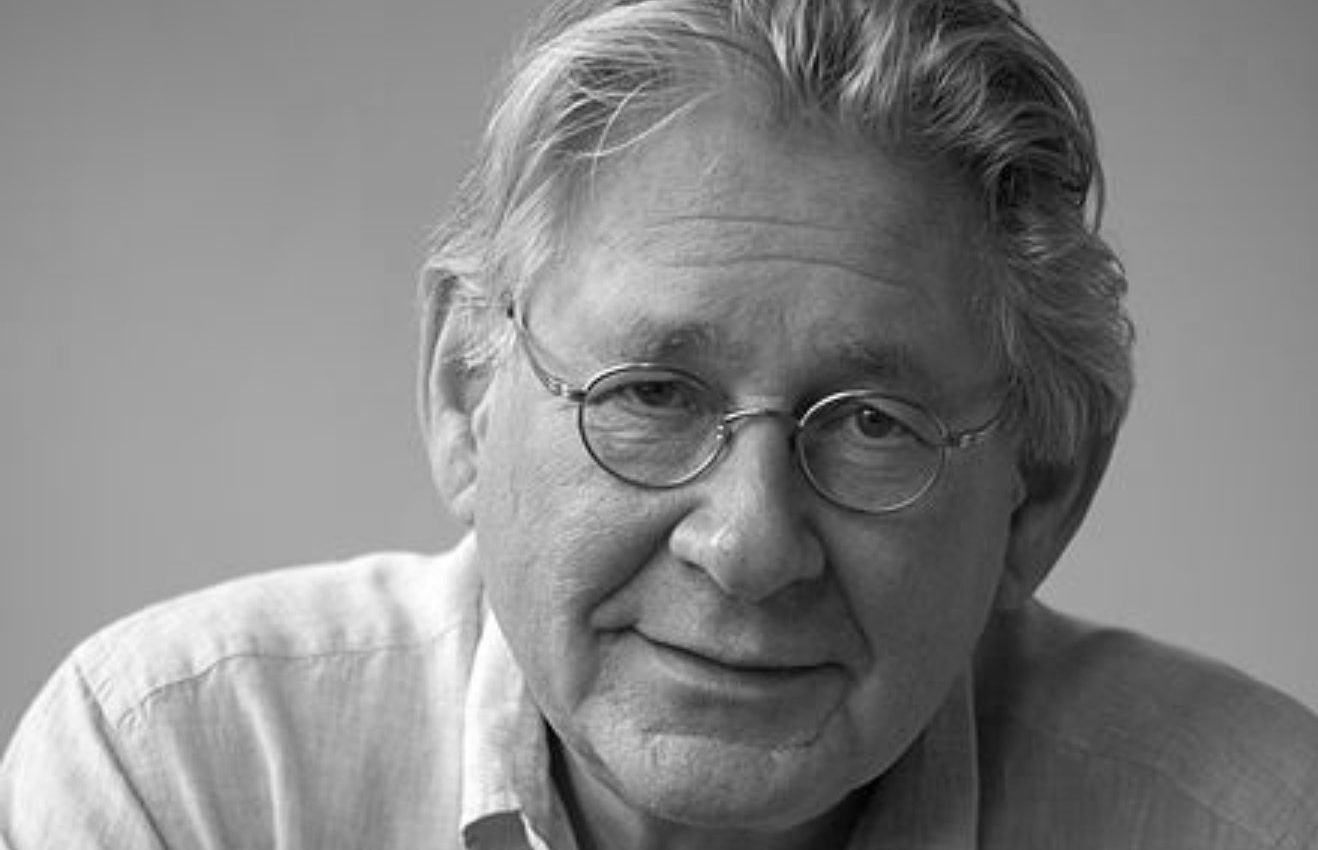 NOTE: Click here to listen to our interview with Leo Panitch on Clearing the FOG one year ago on independent politics.

He helped to shape the politics which made Tribune’s relaunch possible.

My first meeting with Leo Panitch didn’t go so well. I was sitting in a restaurant before the 2016 Labour Party conference in Liverpool with Jacobin editor Bhaskar Sunkara. Leo arrived dressed in a sharp leather jacket and looking far too young for his age. Unfortunately, he seemed to have travelled from Canada with a determination to debate Bhaskar about something or other, and a spirited conversation ensued. I literally didn’t get a word in and we barely exchanged names before he had departed again, already late for a meeting with another of his many mentees.

Things didn’t swiftly improve. Bhaskar and I had been involved in organising one of the headline events of the first World Transformed festival, a discussion of the legacy of Ralph Miliband involving Leo Panitch, John McDonnell, and another of Leo’s protégés, Max Shanly. On the understanding that John’s role as Shadow Chancellor would probably mean a late arrival at the panel, I had passed instruction to Leo that he should feel free to speak beyond the allotted time. I would learn later, in becoming Leo’s friend, that this was never a piece of encouragement he needed; in any case, he proceeded to speak to twice or three times the length we had imagined. As moderator, Bhaskar was nodding in agreement and so enraptured by Leo that he didn’t bother to nudge him along until he was interrupted by an irate audience member who demanded his right to ask questions.

My abiding memory of that exchange today is that it vindicated Leo’s views about horizontalism – we would all have benefitted from hearing another hour of his insights about Miliband, and the question when it came was utterly inane. Even in that sweltering basement, you couldn’t help but be transfixed by Leo Panitch and the depth of historical understanding he brought to bear on the challenges laid out by Miliband’s work. In a sentence, Leo could clarify questions about the Labour Party and its politics, or the task of building socialism in a liberal democracy, which had been clouded in your mind for months. And he did it all with one of the great voices in left-wing politics, which exuded authority and conviction and calm – even, disconcertingly, when Leo was making a point you were quite sure was wrong.

But happily, those were not many. By the time I had that first meeting with Leo Panitch, his work had already shaped my way of thinking. In the course of our intellectual developments, we all have books which arrive at just the right moment, as if designed to intervene in some internal dialogue in your own mind. For me, this was Leo’s 2013 book with long-time collaborator Sam Gindin, The Making of Global Capitalism. It explained so much: how capitalism could be a global system, but hegemonised by the United States at the same time; how capitalist globalisation had been structured by the US state, from its intervention in post-war Europe to the creation of transnational institutions, from tearing down capital controls in the wake of the 1970s crisis to financing structural adjustment programmes, bailing out its finance sector in the wake of 2008 to the global reserve status of the dollar.

In this work, Panitch and Gindin were trying to convey a broader point which they had inherited from Ralph Miliband: although the austerity years seemed to be ones where the dividing line was between the state and the market, the public and the private, these two were in fact intimately related – the class whose wealth shaped the market also ran the state, and they used it to structure the economy in their interests. That was the subject of Leo’s first essay for the relaunched Tribune, an appreciation of Miliband’s The State in Capitalist Society on its fiftieth anniversary.

By now, we had become friends – but only by means of argument. As Tribune relaunched, we had many discussions about questions of tradition. We agreed about its importance and the necessity to ground newer generations of socialists in the history of the movement which they were becoming a part. But, for Leo, Tribune‘s tradition was irredeemably associated with the experience of the 1980s, the defeat of Bennism and broader notions of Labourism which had underpinned the split in that era.

I disagreed, but I took it in. I shaped our rekindled relationship with the institutional Labour Left with Leo’s words in mind. After one conversation, I decided that the new Tribune would draw from a deeper well of the publication’s history during the 1930s and ’40s, a time when it represented an alliance of socialists beyond the Labour Party’s borders and took a far more caustic approach to the party in Parliament. Leo, too, changed his mind. He appreciated the importance of Tribune‘s history for a renewed socialist movement which had, after all, emerged through the Labour Party and the election of Jeremy Corbyn. He began to write regularly for us and even agreed, earlier this year, to take a place on our advisory board. It was through this process of engagement, of putting radical ideas into practice – not abstract theorising, nor casual criticism, nor reciting of an old gospel to new generations – that I became yet another of Leo Panitch’s mentees. Many others could tell the same story.

His first essay for Tribune was the basis for our third issue after relaunch, which also carried a quote from Ralph Miliband on the back cover. We titled it ‘Miliband’s Masterpiece,’ but it was just as much a masterpiece by Leo – a 4,000-word reappraisal of State in Capitalist Society for an audience whose parents may not have been born when the book was written. Yet Leo demonstrated its enduring relevance, and once again clarified contradictions which ran through our movement at that time. He showed how Miliband could believe both that social-democratic reform had operated to prop up the capitalist system and absorb radical opposition, as many suggested Corbyn’s programme would do in recent years, but also how it had empowered and educated and encouraged the working class, producing a ‘state of desubordination’ that exploded in its swansong of the 1960s.

When he wrote that ‘the enormous influence of the book was due to his remarkably accessible style of writing, marked by clarity of prose and judicious argumentation,’ Leo could have been speaking about himself. No one did more to sustain Miliband’s ideas than he did, through both the Socialist Register and The End of Parliamentary Socialism.

Leo’s second Tribune essay, written with another frequent co-author Colin Leys, was a celebration of Tony Benn on his 95th birthday. I saw in it immediately some of our earlier discussions – here Leo and Colin criticised Michael Foot and championed Benn, but also referenced the 1972 Tribune pamphlet which had inspired a great deal of his arguments about party democracy. Some fundamental disagreements endure – Tribune today remains a newer version of the old Left – but once again, Leo managed to summarise the decades-old bind of the Labour Left, which was so compellingly relevant to the Corbyn experience, with such precision that I have yet to see any writers of our era surpass it:

Those who set out to reform the party were concerned with keeping it electorally viable in order to protect all those who looked to it to advance their immediate interests; yet if they refrained from trying to change the party, they themselves would be locked into the decay of the system.

In his final years, I spoke often to Leo about politics. He would equal times email to criticise this or that Tribune line or, as debates raged within the party about a second Brexit referendum, phone to encourage me to ‘hold the line‘ and resist the descent into culture war politics. I came to see him as a friend, and we would discuss matters ranging far beyond politics, oftentimes with Max Shanly, who Leo adored personally but also for his own foresight on so many matters relating to the past five years.

It was during one of these discussions that Leo agreed to do an interview for our ‘After Corbyn’ issue, the first in which we had to grapple with the enormity of December 2019’s election defeat. These were difficult moments, but they were made easier by Leo’s ability to ground them in historical experience. ‘Defeats should not be explained away,’ he told me on the phone one day in early 2020, ‘but they should be contextualised.’ In his final, and lasting, contribution to Tribune we discussed not only Corbynism but all of those movements which had produced so much hope on the Western Left since 2010 – from Occupy Wall Street to Syriza and Podemos and back again with Bernie Sanders.

Leo, who had been one of a handful to resist the pessimism of the Left in the 1990s and early 2000s, declining to either embrace the Third Way or become a marginal nostalgic, remained enthused by our prospects even after December 2019. He could see in a new generation of socialists far greater possibilities than had existed for decades. And he tried to steady us for the struggle ahead – knowing, as his life had shown, that it would not be easy:

I think my greatest piece of advice would be to commit for the long haul. The tenor of the moment is to say ‘we’ve only got five or ten years left’ because of the depth of the climate emergency. That kind of slogan was designed to get people to see how serious things are. But as a political strategy it is a dead end. We can’t think in those terms, no matter how desperate the climate situation. We have to be able to think in terms of ten, fifteen or twenty years. There is fundamental class and organisational rebuilding to be done. It takes time.

Even if Corbyn had won a plurality in December’s election, he would still have been forced to govern not only with the SNP or the Liberals, but with many MPs in his own party who aren’t committed to socialism. How much would he really have been able to do without longer-term organising happening outside the government? Without rebuilding class institutions? Without political education? We have to be sober about this, it’s a long fight.