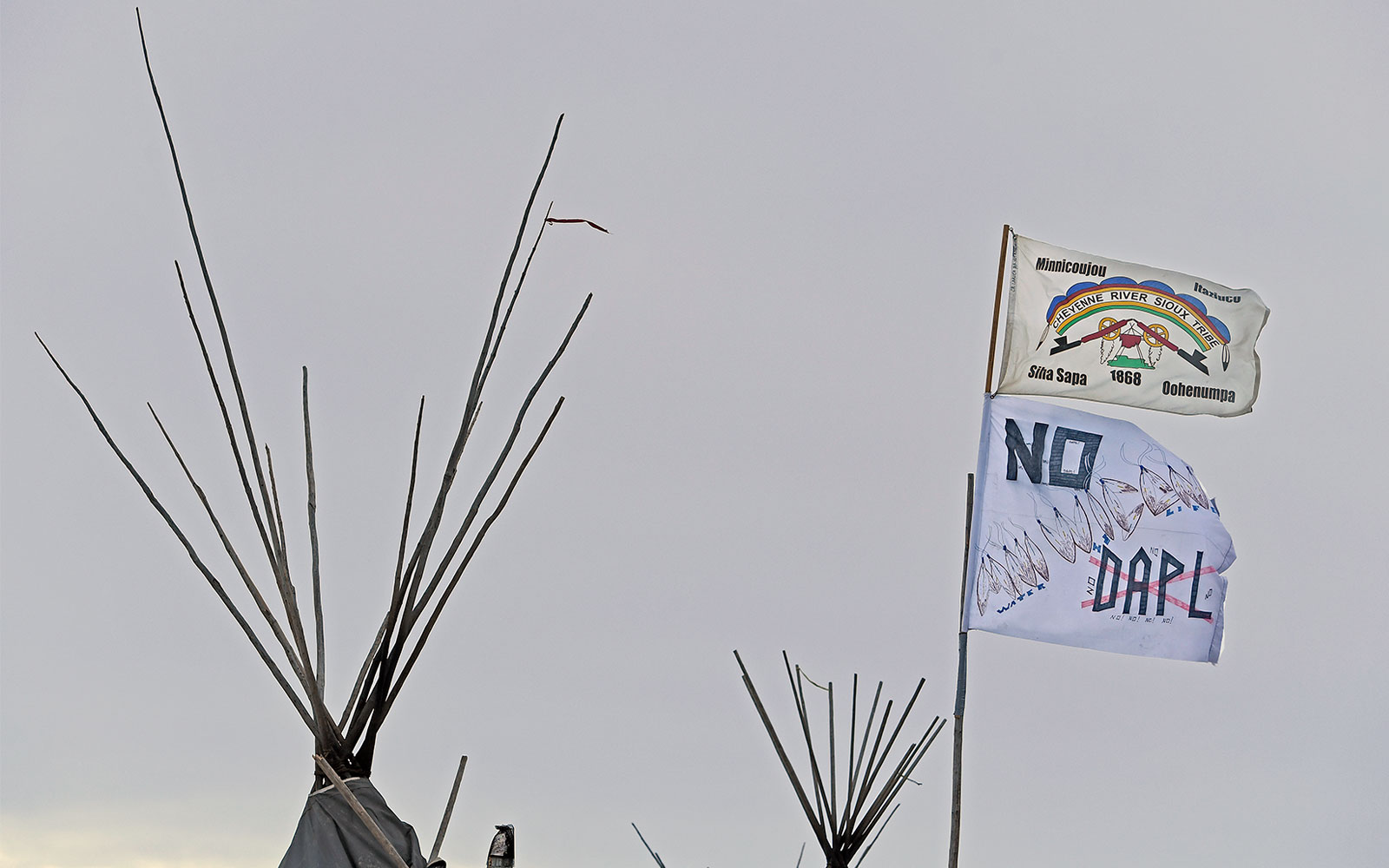 Report Reveals How The Dakota Access Pipeline Is Breaking The Law

Authors Say The Study Could Be Pivotal In Stopping DAPL.

The federal government and the Dakota Access Pipeline’s parent company, Energy Transfer, misled the public, used substandard science, utilized poor technology, and broke the law by not cooperating with impacted Indigenous Nations. That’s according to a new report that also criticizes the Army Corp of Engineers and the Environmental Protection Agency for not completing a realistic analysis of the environmental damage the pipeline could cause.

The report, written by NDN Collective, an Indigenous nonprofit, provides the first comprehensive timeline of the controversial pipeline’s legal and environmental violations. Working with a team of engineers, the report’s authors included new information about oil quality, spills, leakage, and faulty infrastructure that NDN Collective says could be pivotal in the ongoing battle to stop the pipeline.

The report comes as tribes await the Army Corps of Engineers to complete a new, court-mandated Environmental Impact Statement (EIS) on a section of pipeline under Lake Oahe, a reservoir on the Missouri River to which tribes have treaty rights. The EIS is expected to be released in September, after which a public comment period will open. NDN Collective, tribes, and other environmental groups are also calling on the Biden administration to shut down the pipeline. Meanwhile, the pipeline remains operational, carrying 750,000 barrels of oil a day.

“This report shows how the Army Corps of Engineers violated their own processes, and continues to violate our human rights for the benefit of a destructive, violent, and extractive energy company,” said Nick Tilsen, Oglala Lakota and CEO of NDN Collective. “We cannot sit on the sidelines with this information. It’s time for accountability and it’s time to shut down the Dakota Access Pipeline, once and for all.”

Since 2016, the pipeline has been the focus of an international effort by Indigenous people and environmental activists to stop it. Construction began in 2016 and was completed in 2017.

“If the tribes were equipped with this information back in 2015, we could have won the fight. The fight for DAPL would have been very different,” said Jade Begay, Diné and Tesuque Pueblo of New Mexico, Climate Justice Campaign Director at NDN Collective.

Begay said that the report can complement the work of activists on the ground and serve as a tool to fight the pipeline on a policy level but stresses that the responsibility lies with the company, agencies, and federal government to complete accurate studies and share the information with stakeholders.

“Infrastructure should be done right from the beginning,” she said. “Vulnerable communities that are often Black, brown and Indigenous should not have to bear the burden of doing the work for these entities and agencies.”