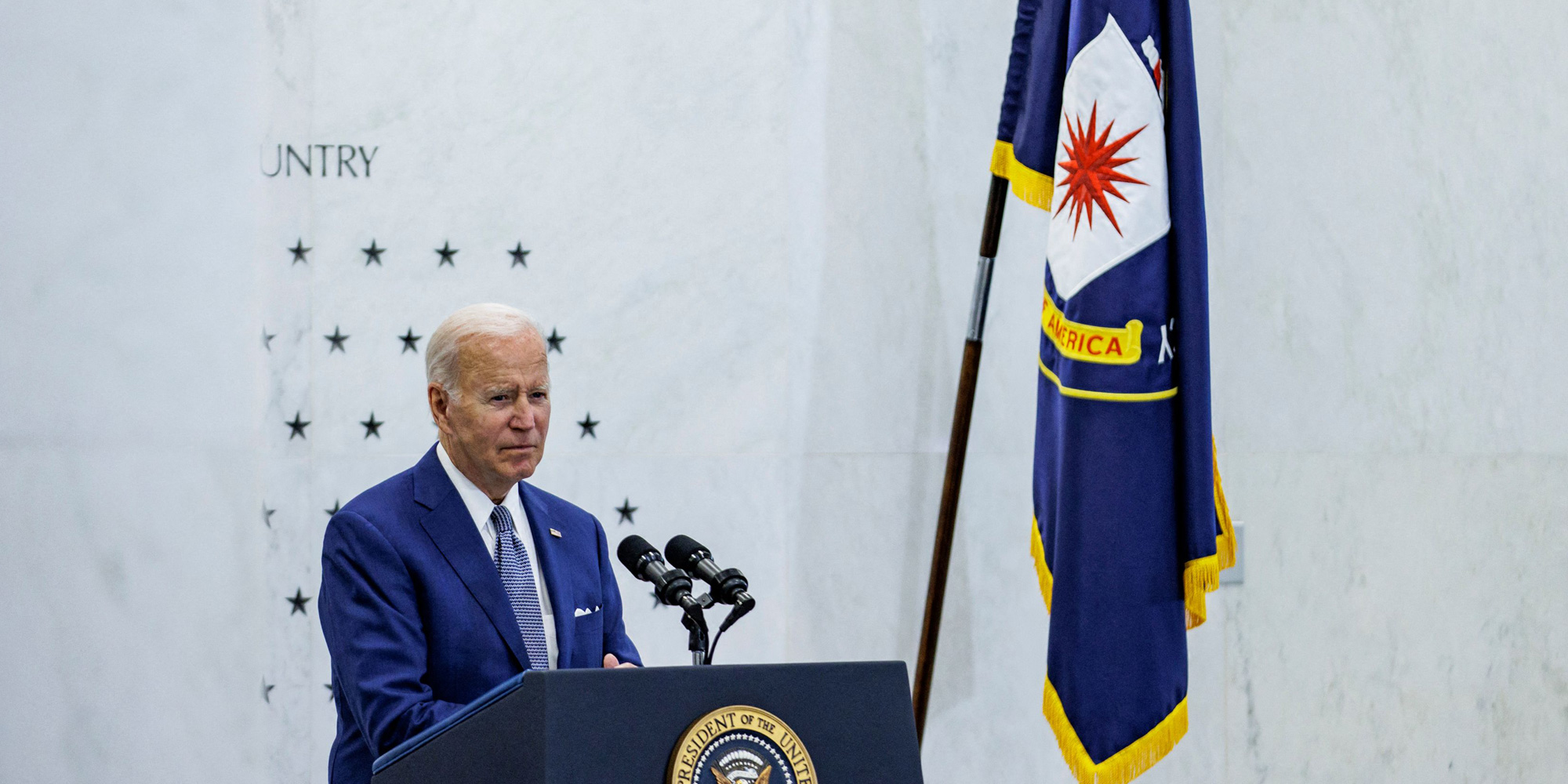 Report: US Special Operations Forces Are On The Ground In Ukraine

Above Photo: President Joe Biden speaks during a visit at the Central Intelligence Agency headquarters in Langley, Va., on July 8, 2022. Samuel Corum / AFP via Getty Images.

The presence is part of a broad clandestine operation that includes the CIA.

US special operations forces are on the ground in Ukraine as part of a broad covert operation that includes CIA personnel, *The Intercept* reported on Wednesday, citing unnamed US intelligence and military officials.

The report said that the US withdrew its CIA and special operations assets from Ukraine shortly before Russia’s invasion, although one US official said the CIA “never completely left.”

The CIA initially predicted that Kyiv would fall quickly to Russia, but after it became clear that wouldn’t happen, the Biden administration sent its covert assets back into Ukraine.

The report said that US clandestine operations inside Ukraine “are now far more extensive than they were early in the war, when US intelligence officials were fearful that Russia would steamroll over the Ukrainian army.”

Several current and former intelligence officials said that there “is a much larger presence of both CIA and US special operations personnel and resources in Ukraine than there were at the time of the Russian invasion in February.”

The Intercept report said the covert operations inside Ukraine are being conducted under a covert presidential finding that indicates President Biden has quietly notified Congress of a “broad program of clandestine operations inside the country.” The report said that the finding President Biden is using is an altered version of a finding originally during the Obama administration.

It’s not clear what the US personnel are doing inside Ukraine or where exactly they are operating, but the presence risks provoking Russia. The covert operations contradict President Biden’s pledge not to send troops into Ukraine, which he said before Russia’s invasion could spark a “world war.”