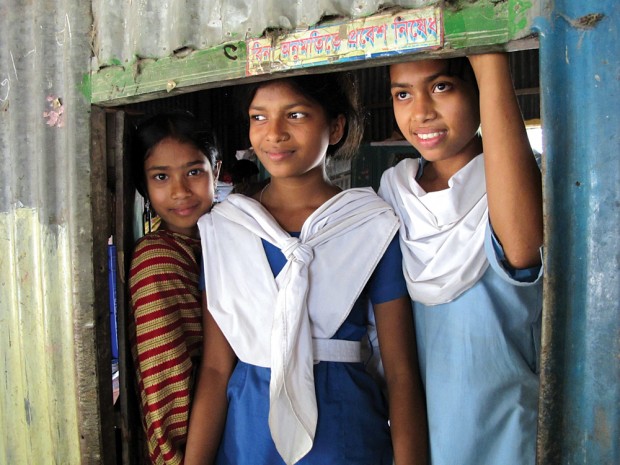 Discrimination Against Women Major Cause Of Persistent Hunger

Washington, D.C., November 24, 2014 – The 2015 Hunger Report, When Women Flourish…We Can End Hunger, released today by Bread for the World Institute, identifies the empowerment of women and girls as essential in ending hunger, extreme poverty, and malnutrition around the world and in the United States.

“We have made great strides in reducing hunger and poverty at home and around the world, yet women continue to be treated like second-class citizens,” said Rev. David Beckmann, president of Bread for the World. “Progress towards women’s empowerment has been slow due to discriminatory laws, unpaid work caring for the family, and traditions that demean their capacity as decision makers.”

The 2015 Hunger Report comes at a time when the 114th  Congress, which starts in January, will have 100 women legislators – the most ever in U.S. history. Despite the fact that fully 22 percent of the world’s legislators are female, women face barriers that limit their ability to engage fully in economic activity. Women are also more likely to earn less or work in low-wage jobs.

The report also shows that women’s willingness to share men’s breadwinning responsibilities has not been matched by men’s willingness to share unpaid household work or caregiving responsibilities. Though domestic work is a public good in the same way that education, clean water, clean air, and the food supply are, it is not recognized as such. Women constitute half the global population.

“Eliminating barriers and empowering women around the world is key to ending hunger in our time,” said Asma Lateef, director of Bread for the World Institute. “We must not tolerate discrimination against women and instead, demand a comprehensive approach to women’s empowerment that includes applying a gender lens to all programs and policies.”

In many countries, women and girls are more likely to suffer from hunger and malnutrition than men and boys. Poverty and lack of education contribute to this disparity. However, giving women greater control of their income and assets would increase their bargaining power in the household and the market economy. Research has shown that this benefits their families and leads to widespread improvements in a country.

Speaking at the launch of the 2015 Hunger Report were Victoria Stanley, chair of the Gender in Agriculture Thematic Group at the World Bank; Fouzia Dahir, executive director of the Northern Organization of Social Empowerment in Kenya; Gary Barker, co-chair of MenEngage Alliance; and Andrea James, executive director of Families for Justice as Healing. The panel was moderated by Sandra Joireman, chair of Bread’s board of directors and a professor of political science at the University of Richmond.

Two current representatives of Congress, Kay Granger (R-Texas-12) and Nita Lowey (D-N.Y.-17), wrote a section in the report on the importance of U.S. foreign aid in empowering women around the world. For more information and to download a copy of the 2015 Hunger Report, visit www.hungerreport.org.

Bread for the World (www.bread.org) is a collective Christian voice urging our nation’s decision makers to end hunger at home and abroad.