Doctors, pharmacists, engineers, teachers, physicians, lawyers — in just about any country such professionals are among the privileged class. But in Sudan, they are not much better off than blue collar workers because only despot Omar al-Bashir and his inner circle of loyalists have any power.

Poverty — including among well-educated professionals — is exactly why protests broke out on Dec. 19 and haven’t relented. Medical professionals and trade unionists of other sectors have flooded the streets of about 50 cities across the nation. And despite at least 40 extrajudicial killings, thousands of hospitalizations, and thousands of detentions and kidnappings, the demonstrations continue to escalate.

This may be because protesting is actually the lesser risk. Trying to cope with the status quo has become impossible. ATM machines have long lines with wait times that are routinely over an hour, and — making matters worse — they only dispense around $25 per day per person. When the state cut subsidies to account for losses in oil revenues, the cost of basic commodities like bread tripled. Obtaining anything from antibiotics to gas immediately became an all-day affair, forcing people to find items on the black market at even higher prices.

War, genocide and kleptocracy are the tools Bashir has used for three decades to preserve his reign. Organizations focusing on human rights and social justice are raided and shut down. Dissidents are kidnapped, imprisoned and tortured. The only thing that’s different now is that this repression seems to actually be strengthening the revolution.

Akram Ahmed is one such dissident. In 2008, when national resistance to Bashir’s rule was virtually nonexistent, Ahmed began convening weekly dialogues on seemingly apolitical issues, like economics. These were not directly critical of Bashir at first. Had they been, Ahmed might no longer be with us today. Eventually, however, these conferences evolved into a political network, active at various universities and trading centers. Organizers started involving musicians to generate more participation. By 2009, this informal and seemingly apolitical network became a citizen movement known as Girifna, meaning “we are fed up.” Today, Girifna remains Sudan’s most formidable non-partisan movement.

Raising voter awareness was the first grand task of Girifna organizers. In a nation as autocratic as Sudan, a voter awareness campaign is a highly subversive undertaking. Members of Girifna had to be nimble, since their movement was deemed illegal. They used qualified lawyers to lodge cases of procedural violations in voter registration and got registered non-governmental organizations to volunteer as election monitors. They knew all of this had to be merely a preamble to a longer-term effort of peaceful political transition.

The 2002 documentary “Bringing Down a Dictator” offered inspiration to the founders of Girifna. They watched and learned from the creative tactics used by the Serbian movement Otpor! in its efforts to take down Slobodan Milošević. In one instance, Ahmed actually duplicated one of the tactics: a satirical television commercial in which a Serbian woman washes a Milošević-shaped stain with her Otpor! brand laundry detergent. Similarly, Ahmed etched “Girifna” into a bar of soap and explained on camera that the soap would wash away the stain in his shirt, a stain that resembled the notorious Bashir.

“At that time, we knew someone had to break the wall of going public,” Ahmed said. “If not us, then no one would.”

Before breaking the silence, Ahmed and his fellow organizers had spent weeks together studying the behaviors of Sudan’s security apparatus and their rights as listed in the national constitution. This wasn’t enough to guarantee safety, though. Ahmed’s price for uploading this video to YouTube was 15 days of torture.

Later, in 2013, Ahmed was abducted a second time for nearly a month. He was raped with a stick, a practice common among conservative segments of Sudanese society who abuse homosexuals. “Raping dissidents with a stick is not only about the physical torment,” explained fellow activist Midhat Afif al-Din Hamdan. “It is psychological abuse as well — performing an action on political organizers that is typically reserved for those marginalized by the civilians themselves.”

Hamdan has had his own fair share of run-ins with Bashir’s National Intelligence and Security Services, or NISS. In 2007, Hamdan and a few colleagues started Kace Sudan, a civil society organization dedicated to human rights monitoring in the country. Such organizations are typically forbidden in Sudan. Kace kept its head above water until 2012, when NISS raided its main office.

As a result, Kace was indefinitely dissolved, leading Hamdan to quickly found the Centre for Training and Human Development, also known as TRACKS, to have an entity present on the ground. But it wasn’t long before this new organization was also raided, and Hamdan — along with seven of his fellow activists — were imprisoned for a year. The ordeal spawned an international campaign demanding their immediate release, but Bashir largely ignored it.

Once the activists were released in March 2017 they worked to reestablish their organization in neighboring countries. “Due to the circumstances we will have to consider working underground,” Hamdan said. “This, of course, creates challenges in fundraising with donors who demand a registration certificate.”

Repression continues to backfire in Sudan

No longer is the Sudanese revolution restricted to the major cities of Khartoum and Omdurman. Roughly 50 cities and towns across Sudan, largely under the coordination of unionists and professionals, have risen up against Bashir and the accelerating cost of living. The most courageous among these dispersed protesters may be those of the ravaged western region of Darfur.

Subjected to decades of exploitation, residents of Darfur — including thousands of internally displaced people — seized the opportunity of the escalating revolution to call out Bashir’s racism. As has become custom in Darfur, quasi-state militias swept in quickly to disorganize dissent.

Earlier this month in Nyala, the main city of South Darfur, residents held their first ever demonstration — with a turnout numbering in the hundreds. It took place shortly after Bashir — who blamed the civil unrest on foreign agents — left the city. Like other protests around the country, Bashir’s forces suppressed it with tear gas and live bullets. In response, diaspora members and allies have been protesting at Sudanese embassies around the world.

Wherever Bashir strikes, resistance to his rule escalates. Sudan’s internet shutdown on Dec. 21 was met with a Distributed Denial of Service, or DDoS, attack by the hacktivist group Anonymous, which affected over 200 Sudanese government websites. Anonymous operative Lorian Synaro said, “This [action] will end when the people of Sudan … will not need our help anymore.” 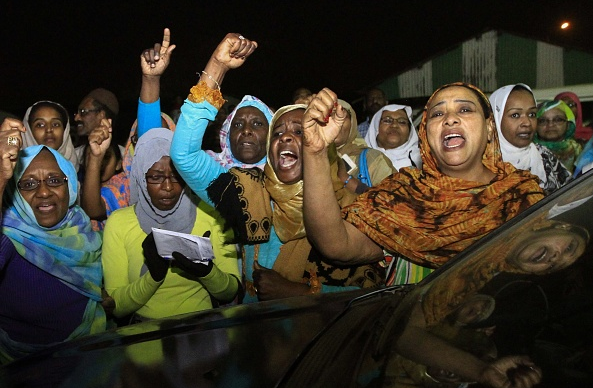 As if an internet blackout wasn’t enough, Bashir’s administration also undertook measures to silence traditional media outlets. Work permits for foreign press agents have been revoked, and nationals have faced even more extreme forms of repression.

On Jan. 14, 28 journalists delivered a petition and staged a courageous sit-in at the NISS office in Khartoum. They were arrested after offering their critique of crackdowns on Al-Jareeda, a local newspaper authorities have lately been intercepting before circulation.

Last week, the Sudanese Engineers Federation performed a sit-in in a suburb of Khartoum. Before the action was dispersed, members held up images of Bashir and the word “leave.”

The resolve of the Sudanese people is strengthened with every act of their despot’s brutality. Given the way this campaign has escalated into a nationwide revolution, the severity of the economic crisis and the increasing defections in Bashir’s camp, cutting subsidies could spell the end for Bashir.

“In all of these years, we have never seen sustained resistance across all parts of Sudan,” Ahmed said. “We have never seen politicians, musicians, professionals and youth working together without being co-opted by Bashir. What is happening now is different than everything before.”