California City Transforms Into ‘The Solar Capital Of The Universe’

Above Photo:  The Alpine Solar generating facility in Lancaster, CA. From Business Wire

“Had it not been for his leadership, we would not be on this journey.”

Some cities were hit hard by the Great Recession. Lancaster, California was positively clobbered. In the summer of 2009, the unemployment rate reached 17 percent, housing prices bottomed out, and foreclosures were rampant.

Since then, the city has turned things around, thanks in part to the efforts of three-time Republican mayor Rex Parris, who transformed Lancaster into a clean energy powerhouse. Parris has been described by critics as “an arrogant bully and an unstoppable control freak,” according to the Los Angeles Times, but he gets results.

Today, the city produces more solar power per capita than any other city in California, and it is close to producing more renewable energy than it uses — a milestone on its way to becoming “the solar capital of the universe,” as Parris says.

“Had it not been for his leadership, we would not be on this journey,” said Lancaster city manager Mark Bozigian. 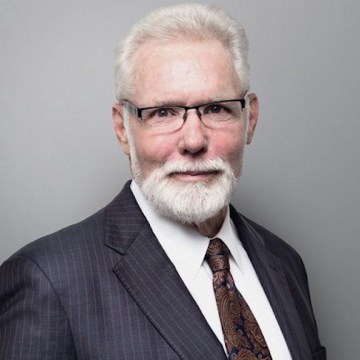 The solar boom has given a jolt of energy to the local economy. Housing prices have rebounded and the unemployment rate has dropped to less than 6 percent. Lancaster says its clean energy policies have created more than 1,000 jobs — no small feat in a city of just 160,000 people.

“I think Lancaster is a fantastic story about clean energy and job creation, and it’s a great American story about reinventing,” said Jeff Tannenbaum, chair of sPower, a solar developer that has worked with Lancaster on several large-scale solar projects. “The Republican mayor has reinvented Lancaster as a clean energy capital.”

Here’s how Parris pulled it off.

The city partnered with SolarCity to install photovoltaic panels on municipal buildings and schools. Lancaster also changed the zoning code, requiring that new homes come equipped to produce more electricity than they consume — all of it from solar. It was the first U.S. city to do so. To that end, Chinese clean energy developer BYD partnered with KB Home to build affordable homes featuring solar panels, battery storage and LED lighting in Lancaster.

To encourage residents to install solar panels on existing homes and businesses, the city worked with SolarCity to create a solar financing program — Parris was the first customer. And it pushed to fast-track approval of residential solar installations. The process, which used to take several days, is now down to just 15 minutes. “It’s so business friendly here, it’s not even funny,” Jim Cahill, a vice president at SolarCity, told The New York Times.

As part of his mission to make Lancaster “a place [where] the solar industry comes to innovate,” Parris also worked with the city council to set up a program that allows local governments to buy power on behalf of their residents. The utility continues to operate the transmission lines that deliver that power, but the city determines where the power comes from.

Lancaster decided it would buy power from solar farms erected in the city, allowing the residents to purchase more clean energy while also supporting local construction jobs. Officials estimate the the program will save ratepayers millions. The initiative has been so successful that Lancaster is working with nearby San Jacinto to help other Southern California cities set up similar schemes.

Now, Parris also wants to find a regional market for locally produced solar power. To that end, the city has partnered with other local governments to build a transmission line to deliver clean energy generated in Lancaster to Los Angeles. 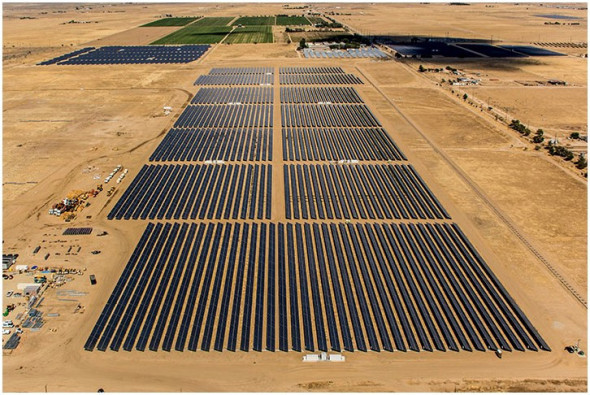 Parris isn’t just looking to attract installation jobs. He also wants to bring manufacturing jobs to Lancaster. Accordingly, he encouraged BYD to open two factories in Lancaster that will produce electric buses and large-scale batteries. The Antelope Valley Transit Authority, which manages public transit in and around Lancaster, is purchasing dozens of electric buses to replace its aging fleet of diesel buses. Lancaster is also replacing its street lights with LED bulbs produced by BYD.

Next, Parris wants to require new homes to meet LEED energy efficiency standards, come with battery systems that can supply up to four days of power, and include systems that recycle wastewater from showers, sinks and washing machines to flush toilets and water plants.

Even compared to other sunny California cities, Lancaster is exceptional, outstripping Los Angeles, San Diego and others in its deployment of clean energy. Asked why other California cities aren’t more bullish on renewables, Bozigian said they don’t have Mayor Parris or his “fantastically innovative” staff.

“If other cities, or this state, had leaders like Mayor Parris and the Lancaster City Council, they would all be doing it,” said Bozigian. “You need to have guts, and you need to be decisive. You need to know what’s right, get the information you need, make a decision and do it.”

Parris is unusual among Republicans for his deep concern about climate change. “We really are facing a species extinction potential because of global warming,” Parris told ClimateWire. “We’re going to see the displacement of millions and millions of people. Whether we can survive the wars that that’s going to cause is an open question.”

Across most of the country, the Republican Party has been captured by fossil fuel interests, and climate denial has become conservative dogma. In regions severely threatened by climate change, like South Florida, some Republican leaders have come around on climate science. In California, where drought fueled by climate change has hurt farmers and led to water rationing, Republicans are working with Democrats in an effort to remain politically viable.

For Parris and his colleagues, it’s not about politics. Climate change is always top of mind, and California’s abundant sunshine and friendly regulatory environment make clean energy an obvious choice.

“Mayor Parris says that the mistake that advocates make is to make it a politicized issue, which means everyone looks at it through a political prism,” said Bozigian. “This is an issue that’s more important than that. It’s common sense.”