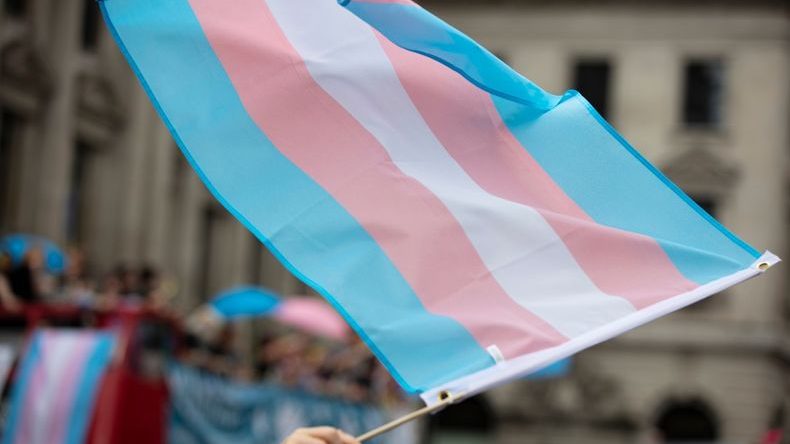 Republicans Are Quietly Giving Up On Anti-Trans Bills

Bills across the country targeting the trans community are failing.

Bills targeting the transgender community have stalled all over the country this week as legislators debate the effects these laws will have on trans youth.

2021 has marked an onslaught of hate in state legislative sessions across the country as Republicans sponsored bills that seek to limit trans youth’s access to gender affirming health care as well as prohibit their ability to participate in school sports. While several have passed, multiple bills in at least six states have been set aside or gotten veto threats from governors this week.

In Missouri, after a contentious debate between Republicans and Democrats, the state house agreed to put a proposal on hold that would require athletes to participate on sports teams based on the sex written on their birth certificate. Republican lawmakers argued the bill would protect the safety of cisgender female athletes, while Democrats argued that the bill would put transgender kids at greater risk of suicide and bullying and would also block them from the benefits of team sports.

In North Carolina, Republican Senate leader Phil Berger announced the body would not move forward with a controversial bill, S.B. 514, that would have both placed limitations on gender affirming care for trans people under 21 and also penalized doctors for providing gender-affirming care, one of the few bills that limited transgender adults’ health care access as well as minors’.

“We do not see a pathway to Senate Bill 514 becoming law,” said a spokesman for state Sen. Berger.

This is welcome news, but the trauma and impact of these bills on the trans community over the past few weeks have been horrifying.

Legislators who sponsored this bill, and the other two anti-trans bills at the NCGA, have blood on their hands.https://t.co/rEvnumnSJh

And in Louisiana, Democratic Gov. John Bel Edwards recently announced he would not support legislation that seeks to limit gender-affirming healthcare or sports participation for trans youth.

“I am concerned about emotionally fragile people,” Gov. Edwards said in a press conference, “and the idea that the weight of the state would be put behind something that to me is unnecessary and discriminatory and very hurtful for those individuals when there’s not a compelling reason to do it.”

The Louisiana legislature has introduced a host of bills targeting the trans community, including H.B. 575, which fines and imprisons doctors for providing gender-affirming care and requires schools to tell parents if their child is transgender. Other proposed bills aim to block the participation of trans girls in sports and further limit trans youth’s ability to access gender affirming care.

Gov. Edwards’ vocal opposition to these bills may dissuade Republican lawmakers from moving forward, as a veto from Edwards could make it extremely difficult to pass the legislation.

Similarly, Kansas Gov. Laura Kelly (D) has signaled that she will veto a bill passed by the Republican-dominated legislature that would bar transgender girls from playing school sports.

“I can tell you that we know from past experience not only what this will do, how it will make these kids feel, and how it might exacerbate some of the mental health issues that we’re already seeing,” she said.

The Florida Senate has also set aside a recent bill that sought genital examinations of trans girls before they could participate in sports. Florida Sen. Kelli Stargel (R) sponsored S.B. 2012, but she acknowledged that it might pose problems for the “inherent dignity of each person.”

And finally, on Tuesday, the Montana Senate decided to indefinitely postpone a bill that would ban gender-affirming surgery for minors.

Sen. Bryce Bennett, the first out gay man in the Montana Legislature, praised the decision.

“We came together today to protect trans kids and make sure their parents control their health care, not the government.”