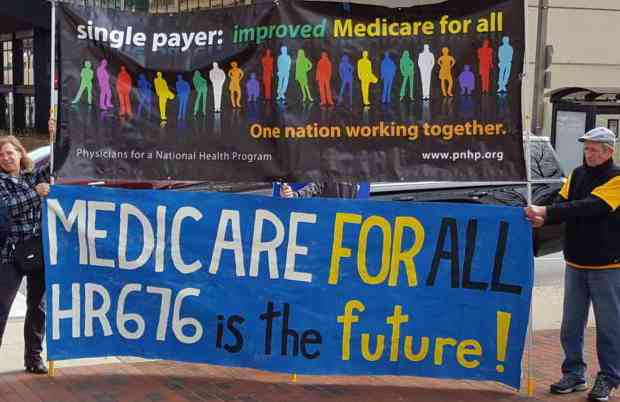 On March 6, 2017, Republican leadership in the House of Representatives introduced their healthcare plan for discussion and a vote in two committees, Energy and Commerce and Ways and Means. The plan is to expedite the process of ‘repeal and replace’ using the budget reconciliation process, which only requires 50 votes to pass in the Senate rather than the usual 60 votes. The plan at present is to send the House bill, if it passes, to the Senate floor for a vote.

This process may not be as easy as leadership hopes. Already there are significant divisions among Republican members of Congress, especially between those in the House and the Senate. A major area of contention is what to do about Medicaid – the House wants to decrease support for it, strangling it over time, and Senate Republicans in states that expanded Medicaid want to protect it. Another area is the tax credits, which would replace government subsidies to purchase private health insurance on the health insurance exchanges. Conservative Republicans are opposed to anything construed as an ‘entitlement’. 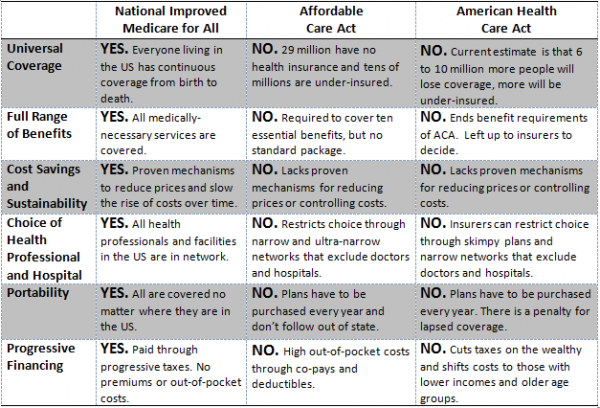 It is interesting to see Republican members of Congress squirm when the rubber meets the road; after 7 years of calling for the repeal of the so-called ‘Affordable Care Act,’ (ACA) Republicans are finding that their constituents are unhappy about the possibility of losing the inadequate access that they’ve gained.

What is being proposed by the Republicans?

In a nutshell, it is a proposal that doesn’t actually repeal the ACA. It keeps many of the popular provisions such as youth staying on their parent’s plan until age 26, protection for those with pre-existing conditions, and bans on lifetime caps. It amends significant portions of the law having to do with insurance, taxes and Medicaid. The bottom line is that it will enrich the wealthy and worsen the healthcare crisis for everyone else.

The changes to insurance include:

The changes to taxes include getting rid of just about every tax there is in the ACA. This means tax cuts for the wealthy and ending some of the taxes that support Medicare. In total, the tax cuts are estimated at $1 trillion over ten years. Republicans are moving ahead on their plan without a review by the Congressional Budget Office, so it is very unclear how the subsidies for private insurance and other provisions in the law will be funded.

The big changes to Medicaid are moving to a per person cap on spending that will decrease over time and allowing states greater flexibility in deciding who is eligible for Medicaid. This portends cuts in the number of people who are covered and how much is covered.

The situation will become clearer over the next few weeks as the bill moves through the committees. Its success depends on Republicans being able to unify around it, a seemingly difficult task. At present, Democrats are unified in their opposition to it.

The attention being focused on the fate of the ‘Affordable Care Act’ neglects the proverbial elephant in the room – the fact that neither the Democrat’s ACA nor the Republican “American Health Care Act” will create meaningful health security for people in the United States. We are already spending enough money on health care to provide comprehensive coverage to every person living in the US without requiring premiums or out-of-pocket costs such as co-pays and premiums.

It’s up to us to change the conversation and make it clear that the only path forward is through National Improved Medicare for All (NIMA) now! The majority of people in the US support this solution. We need to pressure Congress to move in our direction.

There are a few opportunities coming up to express our support for NIMA. On April 1, March for Health will hold marches across the United States. NIMA supporters are welcome. Visit the March for Health website, find a march near you and get involved. Spread the word about the marches, bring signs supporting NIMA and offer to speak about why this is the best solution.

And April 7 is the international day of action against the privatization of health, “Our health is not for sale!” Click here for more information about that, and start making plans to hold an action, small or large, in your community.