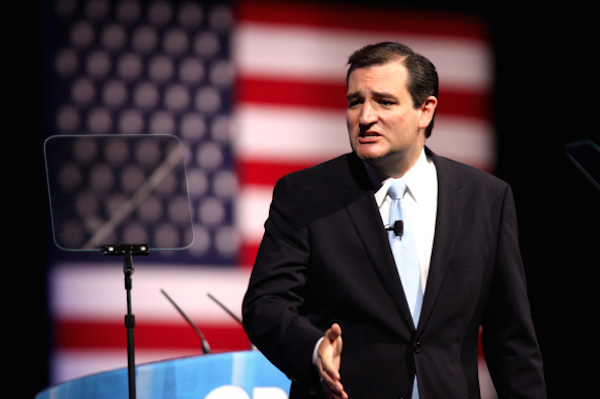 Republicans Will Wise Up And Support Net Neutrality

Note: The article below displays the tip of the iceberg. The Republicans would be making a terrible political mistake if they oppose reclassification of the Internet as a common carrier and net neutrality rules. The Republican voting base supports net neutrality at higher levels than Democratic Party voters. They want the political support of Silicon Valley, entrepreneurs, start-ups, small businesses and Internet users. If they oppose net neutrality and treatment of the Internet as a common carrier where there can be no discrimination they undermine their political support. They are actually acting inconsistent with their espoused values of a level playing field in the economy and engaging in crony capitalism for monopolies.

Earlier this week President Obama gave an interview on a Sunday talk show where he talked again about his support for Net Neutrality. So naturally the crazy Conservatives immediately came out against it. Ted Cruz posted to his Twitter account saying that a neutral internet was the same thing as Obamacare for the web.

He also quickly posted to his Facebook page a similar, and equally ignorant, comment. Honestly, the only thing that his posts really prove is that he doesn’t have a clue about what Net Neutrality really is….or Obamacare, for that matter.

But before you go getting all frustrated with this latest example of right-wing stupidity, I think I have something that will make you smile and brighten your day. And it comes from perhaps an unlikely source. Following Cruz’s Facebook post, even Republicans came out telling Teddy what a complete buffoon he is here.

I know that we on the left are used to lashing out at the Tea Party and Ted Cruzes in our country, but when even his own team is calling him out, it makes me think that maybe, just maybe, there is hope for this nation.

Ed P As a Republican who works in the tech industry I can say that this statement shows you either have no idea what you are talking about or you are bought and paid for by the American Cable monopoly. This is amazingly an stupid statement and is disheartening.

Keith F Ted, I am as conservative as they come…. I want government out of just about everything… and I hate to say it, really hate to say it, but Obama is right on this one. I do not want my access and internet speed controlled by my ISP. It will be. The internet has been an open forum with little to no restrictions, that will change and not for the better. Bottom line, do not go against freedom of the net just because Obama is for it. Even an old blind squirrel finds a nut once in awhile.

Joey C As a Republican whom also works in IT like Ed… You have no clue what you are talking about or you are company bought and paid for.

A Jinnie M Goddammit, stop making my party look like morons and look up net neutrality. It doesn’t mean what you and your speechwriters think it means.

Marvin E Ted Cruz, as a tech and fiscal conservative in Texas who generally votes Republican, I am incredibly disappointed by your completely inaccurate statement. Please read up on what Net Neutrality actually is and fire any staff you have who are advising you on technical matters.

Sam A Senator Cruz, you are wrong on this one. As a conservative voter and IT professional, I can assure you that Net Neutrality is a GOOD THING. Internet providers (who are also content owners) can’t be trusted (as has already been proven) to allow consumers equal access to content from their competitors. This is why the government needs to ensure Net Neutrality as it protects the consumer from the bias of their Internet provider. This is especially true since we don’t have real competition in this space.

Adam H Go find whatever rock you crawled out from under Ted and stay under it! Proud republican here, but not so proud to be blind like the good senator. Look how “great” our free market Internet is!!! I pay $100 a month for 15mbs / 100gb p/m capped Internet. Yep, those “free” markets really make it better lmao

David V Texas employer here… This is really the wrong issue for you. Drop this quickly and move on to something else before it’s too late. You’re starting to look like a Tea Party whacko growling for his corporate masters. Move on before you embarrass the Republicans out of the next presidency. Net neutrality is about ensuring a free market. America loves a free market. But hey, be against free markets and America. It’s cool. I’m sure no one will think of you when their Netflix slows down who wouldn’t have before.

Jimmy L Wow. I am embarassed that I supported you Ted. Face palm. I think it’s time that I “unlike” your FB page.

Eric E Kim Well I guess I’m now a democrat. Thanks for making it easy for me Ted. Don’t fck with my internet.

Paul J This clearly indicates that Ted is fighting mental health and, in his mind, he is winning. How far removed from commons sense can a person be? Yet another Republican soiling the waters and creating more confusion. Net neutrality is to everyone’s advantage! No CORPORATION can buy up and control the internet. THAT is what Cruz does not like.