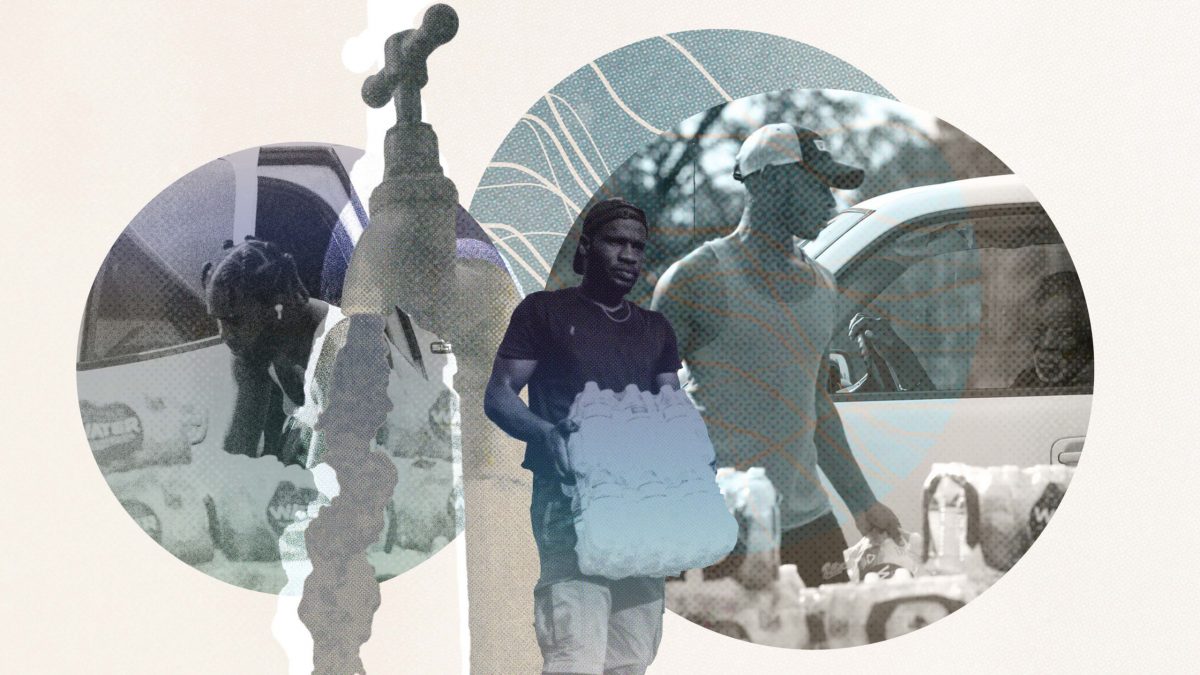 Reports reveal that people of color are especially impacted by environmental disasters. Jackson is 82.5% Black, and has been hit with multiple water crises in recent months.

As of September 2, the vast majority of the residents of the city of Jackson, Mississippi—over 150,000—still have no access to safe drinking water. The Jackson water crisis began on August 30 when flooding caused the pumps at the main water treatment facility, O.B. Curtis, to fail. This left most residents without clean water and many with no water at all due to low water pressure. Mississippi Governor Tate Reeves warned residents on August 31, “Do not drink the water from the pipes if you can avoid it.”

Water coming out of the pipes in Jackson is discolored and cloudy, if any water comes out at all. On August 31, Jim Craig, senior deputy and director of health protection at the Mississippi Department of Health, told residents to shower with their mouths closed. Apart from being contaminated, the water in Jackson lacks sufficient pressure. Many residents do not have enough water “to fight fires, to reliably flush toilets, and to meet other critical needs,” as Reeves described.

Both President Biden and Governor Reeves declared a state of emergency on August 30, but Jackson has been undergoing periodic water crises for a while. “The water crisis is the newest crisis in a series of shutdowns for Jackson’s water system,” Bezel Jupiter, local activist, told Peoples Dispatch. “The same thing happened last year after a winter storm. This has been happening for three decades. After every crisis the city has only gotten temporary solutions.” Jackson’s residents have been under a boil water notice since July. A boil water notice is a public health advisory cautioning people to boil water prior to drinking due to possible contaminants.

On the surface, the causes of Jackson’s four-day ongoing water crisis appear to be entirely infrastructural. Days of rain flooded the Pearl River and the Ross R. Barnett Reservoir, which provides water to the city, overwhelming Jackson’s water treatment system with contaminated floodwaters. Issues with water pressure can be linked to water pump failures due to inadequate and untimely repairs at two major water treatment centers: O.B. Curtis and J.H. Fewell.

Residents as well as local schools and businesses have been affected by the water crisis, going without sufficient water to flush toilets or perform other basic functions. And while the city has been distributing drinkable bottled water during the past four days of the crisis, lines are miles-long and some distribution sites at one point temporarily ran out of supplies. Jackson Mayor Chokwe Antar Lumumba estimates that the city needs at least $1 billion to fix short-term water system issues, and billions more to completely solve the infrastructural issues.

The roots of the crisis

The larger context of the situation is that Black people in the US are disproportionately hit with environmental crises. Reports reveal that people of color are especially impacted by environmental disasters. Jackson is 82.5% Black, and has been hit with multiple water crises in recent months.

Jackson’s water system failed this past winter when a storm caused pipes and mains to burst, generating water shortages that lasted up to a few weeks. And well before this current crisis, since July of this year, the city had been under a boil water notice.

After schools in Jackson were desegregated in the ‘70s and ‘80s, white residents left the city en masse. In 1960, prior to any school desegregation, Jackson was 64% white and had a population of 144,000. By 1990, although Jackson’s population grew to 196,637, the city was only 44% white, a decrease of about 6,000 white residents. Their departure meant a significant decrease in public funding as they constituted a large portion of the wealthy tax base, because whites are historically more well-off than descendants of Black slaves in the US.

Today, Jackson is now yet another Black-majority city undergoing infrastructural failure. Another notable example is Flint, Michigan. The people of Flint have suffered lead-contaminated water beginning in 2014 in a crisis that is ongoing.  In 2014, the state of Michigan led by Governor Rick Snyder cut costs by unhooking the water supply for the residents of Flint from the Great Lakes and to the Flint River. The untreated water corroded old pipes, poisoning the water with lead. When General Motors (GM) complained about the lead in the water in Flint, Snyder reconnected the plant with Lake Huron, making the GM plant the only Flint address connected to the lake. This was while Snyder’s administration was actively covering up the contaminated water crisis.

In June of this year, the Michigan Supreme Court threw out criminal charges against Snyder, which he had faced for his role in the cover-up. Flint residents are 54% Black. Water contamination killed at least 12 but possibly up to 115 people in the city.

Lorena Quiroz, the executive director of the Immigrant Alliance for Justice and Equity in Jackson, spoke to Peoples Dispatch about how local organizers are responding to the crisis. “Water is dignity, water is so much. Water is life,” Quiroz said. “We’re in Mississippi. We’re in late August, which means that temperatures are still in the 90s [32-35 degrees celsius], our volunteers are picking up sometimes anywhere from five to ten pallets of water, so that’s a U-Haul truck full of water, and young people have been doing an amazing job in moving things out of trucks down to the centers where we’re distributing, and then back again, distributing to the communities.”

Derykah Watts of the student group Jackson Water Crisis Advocacy Team, spoke to Peoples Dispatch: “We are a group of students in Jackson, Mississippi who are focused on distributing water to those who are unable to make it to the water distribution sites,” Watts said. “We have been primarily delivering to elderly, disabled, those who are without vehicles. We are currently trying our best as students doing whatever we can to make sure that everyone in Jackson has access to water no matter what we have to do to make sure that that is possible.”

“What’s currently going on with the Jackson water is extremely frustrating and sad for the entire community, just because we feel as if everyone should have access to water, no matter what is happening, and it seems as if we have been forgotten about in a way even though we’d known for so long that our water has not been the best. We’ve been on boil water notice for six going on seven weeks. We can’t even wash our hands with it anymore. So it’s extremely frustrating, but there are groups of students and churches, and the community really is rallying together to ensure that everyone has as much water as they need.”

“In order to fully repair the system the city needs more than a billion dollars in funding. On the state and federal level, the state has not received nearly that much,” said Jupiter. “Meanwhile, the war on Ukraine has been bankrolled over the last 6 months to the tune of $54 billion. Biden’s newly announced ‘Safer America’ plan is giving $37 billion to bankroll 100,000 police officers. It is obvious what the United States values more than basic necessities for Jackson’s people: war abroad and policing at home.”