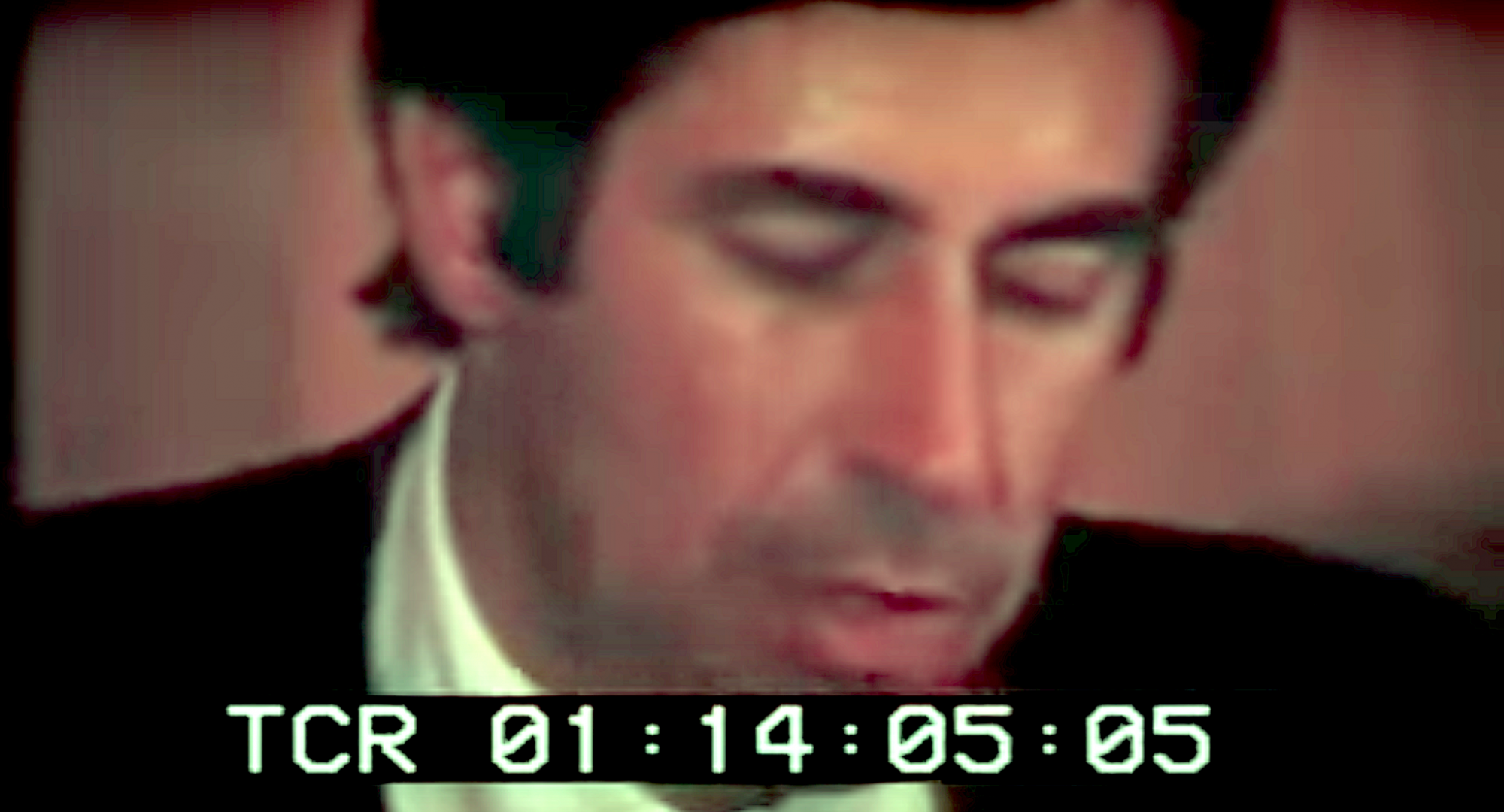 Revealing The Pentagon Papers In Congress

This month is the 50th anniversary of the release of the Pentagon Papers, the top secret study of the war in Southeast Asia, which showed that U.S. leaders knew the war was lost but continued the killing and dying anyway. Driven by his conscience, one of the study’s authors, Daniel Ellsberg, leaked the Papers to The New York Times and The Washington Post.

In response, the Justice Department of President Richard M. Nixon slapped injunctions on the newspapers preventing them from continuing publication. Both newspapers sued the administration in a case that would be decided by the Supreme Court.

Meanwhile, Ellsberg had sought another way to get the Papers out. He approached several sitting members of Congress to have them released during a legislative act. Several senators turned him down until the first-term senator from Alaska, Mike Gravel, said yes.

Today Consortium News begins a multi-part series on that little-told part of the Pentagon Papers story: how Gravel obtained the Papers from Ellsberg, how he arranged to read them in Congress and what were the consequences Gravel suffered for this bold act, which ended in the early morning of June 30, 1971, just hours before the Supreme Court decided the Pentagon Papers case.

The excerpts published here are from the book A Political Odyssey by Sen. Mike Gravel and Joe Lauria (Seven Stories Press). It is Gravel’s story as told to Lauria.

After publication of the Pentagon Papers was shut down, Dan Ellsberg leaked the top secret history to Sen. Mike Gravel.

This is how Gravel got the Papers, what he did with them and what happened next. Part One.

It was a fairly steamy, early summer afternoon in the drained swamp of a city that had become Washington, DC, as I struggled with the two black flight bags up the steps of the Capitol. I walked briskly past the police and some inquisitive tourists through the cool, marble hallways to my office. I feared the FBI might be after me.

I had asked Vietnam Veterans Against the War to send me the most disabled soldiers they could find. When I got to my office they were there, arrayed in their wheelchairs, medals pinned on, ready to do battle. They would have thrown their broken bodies in the way if the FBI tried to get in. These crippled men guarded the heavy flight bags behind the door until I was ready to take them onto the floor of the Senate. It was June 29, 1971.

I walked across the red and blue carpet straight to my mahogany desk that had once been used by Harry Truman and lowered the bags near my seat. As I sat down, Ed Muskie, the lanky senator from Maine who had been Hubert Humphrey’s running mate three years earlier, walked over. He was on the Public Works Committee with me and had a question. As he began to ask it he looked down his nose at me with a little smile forming at the edges of his mouth. He pointed toward the floor.

“What the hell have you got in there?” he asked me. “The Pentagon Papers?”

The plan I had worked out with my staff was this: I would read the entire 4,000 pages of documents contained in the bags as part of a filibuster I was waging since the middle of May to force the expiration of the military draft. I was to read for thirty straight hours on the Senate floor going beyond the midnight, June 30 deadline for extending the draft law.

I wanted to beat Strom Thurmond’s filibuster record of twenty-four hours and eighteen minutes, which he waged against civil rights legislation in 1957. To do that I had to hold the floor no matter what. Huey Long, the radical senator from Louisiana felled by an assassin’s bullet in 1935, would just pee on the floor during his filibusters. But I was going to be more dignified than that. I had myself hooked up with a colostomy bag with a valve at the ankle.

Joe Rothstein, my administrative assistant, would have the honor of bleeding the bag as I spoke. To successfully filibuster I had to control the chair. So Alan Cranston, the California senator and my closest friend in Congress, agreed to chair the session. He and I went to the Senate doctor together to get fitted with bags. We also secured enemas so we would only deal with a liquid problem. That morning Alan had tried to talk me out of it on the phone, but I was adamant.

Then I scribbled him this note:

“Because of some gift you have … there does not happen to be a generation gap between us as colleagues. In fact because of my affection for you … I count you one of my closest friends in the Senate. The [documents] that I have read convince me that the first and foremost reason that our nation is in a mess today and going toward bankruptcy is as a result of our paranoiac fear of communism. This is unfounded for the simple reason we have far and away a superior military and economy.What I’m doing today is in the name of helping this great nation we all love. My frustration is born of the fact that we as leaders and as a nation are party to the killing daily of innocent people for no apparent reason … certainly it does not add to our security. Alan, the people have not lost trust in the leadership of this nation. The [documents] show that the American leadership in government had no trust and continue to lack trust in the Am. people. That is wrong in a democracy. I hope you will appreciate and understand why I have to do what I am doing as an Am. citizen and a US Senator. I planned to start at 5 p.m.”

But then I foolishly raised the suspicion of the only Republican senator on the floor, Robert Griffin of Michigan. I was about to start reading from the documents when I noticed the clerks, staff members, and the parliamentarian sitting there. They had no idea they were about to be held captive for thirty hours.

So in a moment of compassion, I thought I should interrupt business to allow them to call their families to tell them they wouldn’t be coming home too early. To do that, I suggested the absence of a quorum, a simple device to interrupt Senate business and kill time.

Griffin walked over to me, looking puzzled. “Mike, what are you doing?” he asked.

“I’m just going to continue my debate on the draft, like I’ve been doing,” I said.

He glared at me quizzically, squinting through his horn-rimmed glasses. Griffin went back to his desk and studied me. He sensed something was up, but couldn’t figure out what. Shortly after that, I asked for unanimous consent to dispense with the quorum call to get back to business. But Griffin objected.

I was stunned. I was dead in the water. Now we really needed a quorum to continue. I was out of my mind with rage. I had had the floor. I had gratuitously sabotaged my own plan. Had I not been considerate to the Senate staff I would have started reading the documents in the place where I knew I had my best chance to avoid the unknown: right there on the Senate floor.

Griffin came up to me and I laid into him, “You motherfucker … !” But it was my fault. I now had to round up the Democrats and get them back to the Senate to establish a quorum so I could continue.

But the majority of them were out at a big, black tie fundraiser. Griffin slipped into the cloakroom. He ordered staff there to start phoning Republicans, telling them to stay away from the Senate, that Gravel was up to something. We were also on the phone, begging the Democrats to get back to the Capitol. Only a few straggled in. Walter Mondale of Minnesota came back but told me I didn’t “have a prayer” of getting a quorum.

By now it was around 9 p.m. I was getting desperate. Then Joe Rothstein, my assistant, informed me there was a Plan B. So I retreated to my office with the bags. I had been in the Senate a little more than two years. In that time, through the machinations of Ted Kennedy, I had attained the lofty position of chairman of subcommittees on Buildings and Grounds and of Environment and Public Works.

My staff discovered that a committee or subcommittee chairman could call a hearing at any time and place as long as committee members were notified. The precedent was the House Un-American Activities Committee. Griffin and the Republicans couldn’t do anything about it. I wouldn’t be on the Senate floor, but I would still be on Capitol Hill.

So my staff typed up and slipped notices under the doors of the members of my subcommittee between nine and ten that night. Now all we needed was a witness. Through our contacts in the peace movement we found him on the House side: Congressman John Goodchild Dow of New York, a Democrat and a dove. He was given only the vaguest idea of what he was in for.

It was still muggy when I walked across Constitution Avenue to the New Senate Office Building. The Depression-era, neo-classical temple of the Supreme Court rose behind me. I convened the subcommittee committee meeting in Room 4200 at 9:45 p.m. I was the only member of the committee present.

Dow said, “I’d like a federal building in my district.”

I reached into the flight bags, pulled out the documents, and stacked them on the committee table. I was terrified. I knew I could be breaking the law and my staff and I could wind up in jail. I feared at the very least I could be expelled from the Senate. But I also felt my whole life had been lived to reach this moment.

My hands were trembling slightly as I picked up the first black binder. I started reading aloud from the top-secret Pentagon Papers, the classified study about Vietnam that everyone in Washington was buzzing about. Two weeks earlier, The New York Times had published excerpts for just two days before the Justice Department got a court to stop it.

“It is my constitutional obligation to protect the security of the people by fostering the free flow of information absolutely essential to their democratic decision-making,” I began.

Then I started with “Chapter One: Background to the Conflict, 1940-1950.” I started making the Pentagon Papers public.