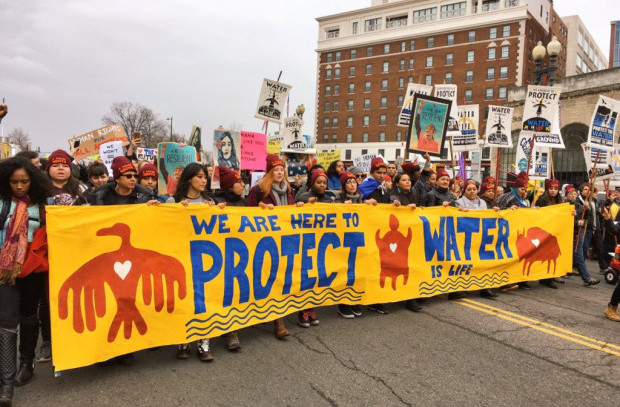 Review Of The DisruptJ20 Inaugural Protests

Note: As participants in the #DisruptJ20 protests, organizing the Trade bloc, we find the review below to be quite accurate in how it described the approach to organizing and the impacts to the days of action around the Trump inauguration. DisruptJ20 has set a good tone for the resistance movement during the Trump era. We give much applause to the core group that were the organizing team for the actions. One thing not noted but worth mentioning is that the organizing for inaugural protests began before Trump was elected. The fact that it began when Clinton was the likely next president shows the participants understand that while Trump is a problem, he is a symptom of a much larger challenge of a corrupt government dominated by corporatism and militarism. We have a system wide problem that has created a democracy crisis where the people do not rule. Thank you to all who participated as well as to the organizers. KZ

F*ck Yea We Disrupted It

Now that the dust has settled from the whirlwind organizing of DisruptJ20, it is important for us to reflect publicly on what we were able to accomplish and what it means going forward.

First, let us go over the numbers. Our paid staff consisted of a whopping grand total of zero people. Contrary to what the right wing blogs have been saying, no one got paid. No, none of the central organizers, those who were a part of the “DC Counter-Inaugural Welcoming Committee,” were paid by George Soros or anyone else. The DC Counter-Inaugural Welcoming Committee consisted of a core group of 17 DC organizers who have been working together for five to 10 years. This core group of 17 folks built our digital footprint, created our messaging, liaised with the press, built an action structure, managed our budget, raised funds, managed volunteers, worked with numerous partner organizations, and so much more. Most of us did all of this while holding down full-time jobs.

We held two mass public meetings leading up to the the inauguration, each with standing-room only crowds of over 250 people. During MLK weekend, our action camp welcomed more than 300 people over three days with 20 workshops and trainings. Our public decision-making process consisted of three public spokes councils, each gaining hundreds of attendees.

Following the action camp, we held several well-attended trainings in our convergence spaces. We offered spaces for convergence starting on MLK weekend, January 14-16, and continuing throughout the week until January 21st. These spaces were used for trainings, art-making, and meetings, as well as sleep space for our mass housing. Leading up to Friday, we danced and queered out in the streets, on a march to Mike Pence’s house on Wednesday, January 18. On Thursday, January 19, we protested the Deploraball. Both of these actions were direct outcomes of our action spokes council, as were many other actions that occurred throughout the week. These efforts were supported and embraced by concerts and benefit shows, including performances by Immortal Technique, Anti Flag, and other artists.

On the day of Inauguration, DisruptJ20 had 12 direct actions: one at each of the security checkpoints leading onto the inaugural parade route and the commencement ceremony. At seven of these checkpoints, activists’ explicit goal was to prevent people from passing through, and they achieved that goal. In total, we estimate that more than 2,400 folks were willing to risk arrest that morning to prevent folks from peacefully attending the inaugural ceremonies. At noon, more than 5,000 people marched from Union Station to McPherson Square, where DisruptJ20 had an ongoing presence all day, including 30 local organizations tabling under our warming tent. These numbers do not include the numerous autonomous actions that happened throughout DC, including the anti-capitalist bloc, Workers World Party marches, a march by Refuse Fascism blocking Route 395, and many others.

We achieved all of this through facilitating a consensus process. A consensus process is one in which everyone who is present is allowed to have equal input into decisions, and decisions must be approved by everyone. It does not always mean that everyone agrees but that everyone trusts that the decisions going forward and will help us reach our goals, not hinder them.

This brings us to our three goals, and we believed we achieved all of them.

Set a tone of resistance against the Trump administration;
Disrupt the normal flow of the inauguration; and
Empower local organizers in DC and give them skills and relationships to continue their work.
Our tactics for the day were a mixture of permitted actions, including the Festival of Resistance, and true conflict-based direct action. We did not step back from inconveniencing Trump supporters, and we did not worry about what the right wing would say. We did not adapt our tactics based on anyone else’s media narrative. We were not concerned about being portrayed as too aggressive or too radical by the press. In several press conferences and news events in the weeks before J20, and in written material sent out to the press, we simply presented straightforward plans and the groups involved, including our radical politics, movement thinking, and our commitment to diversity of tactics. The press seemed to understand that this is an authentic movement and many reported our lines verbatim. We enjoyed widespread news coverage that didn’t bend our straightforward story much, which helped us advance our goals. 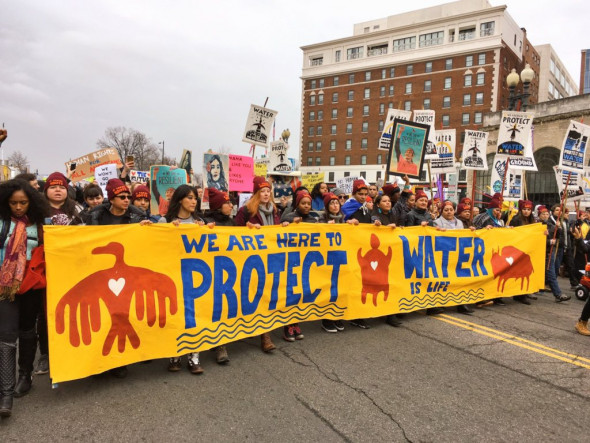 We worried about the safety of the participants and not what the Trump supporters would think of us. We wanted to win in the streets that day, and we did. The checkpoint actions were not coordinated with the police, but weren’t a surprise either. We were public on what we were planning in order to be as inclusive to as many people as possible. We had no permission to be at the checkpoints, and we certainly did not have permission to block people from entering them. We didn’t ask for it, and we didn’t want it. We wanted to create conflict that day. We wanted to disrupt the inauguration.

One set of guiding organizing principles, or “values”, to use traditional nonprofit language, were the DC Organizing Principles. These principles came from the DC community and were built on lessons learned of being situated in the capital city of this empire; this community knows the process in which we organize is just as important as our goals. We worked with more than 15 local organizations, including the Movement for Black Lives, the Washington Peace Center, the Muslim Women’s Policy Forum, and many others. We did not go to these groups and say: “come to our rally,” or, “come get arrested.” We asked these groups to get involved in our process, and we offered them resources and trainings to make it possible. Our action framework was designed to empower them to make decisions for themselves and to build stronger relationships within their own organizations, while, at the same time, working with all DisruptJ20 organizers towards the same unifying goal of disrupting the inauguration.

Our biggest lesson learned was that when we put our fears of organizing aside, and when we do not worry about adapting our plans to fit mainstream narratives, be that in the media or in the opposition, we are able to create the revolutionary change that we as a people desperately need. We are able to create real movement moments that are laser-focused on one thing: the liberation of our communities.

Currently we are assessing our next steps; we saw the strengths and weaknesses of local organizing in DC and we want to continue to improve our community. We have a crop of new organizers looking to move along the ladder of engagement, hone their skill, and run their own campaigns to win real victories. We have set the tone of resistance to Trump, and we will do everything in our power to keep that tone going in the coming years.