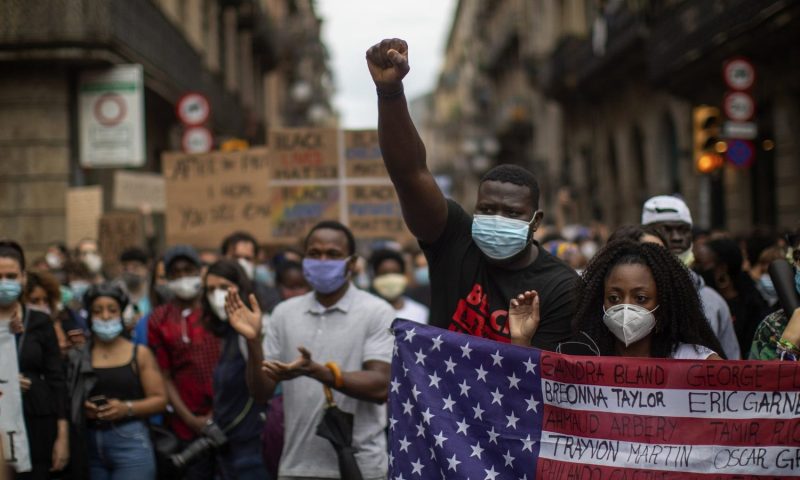 Revolution In An Age Of Resurgent Fascism

The late sociologist Erik Olin Wright used the phrase “ruptural transformation” as stand-in for revolution, inaccurately summarizing this as “Smash first, build second.” His immensely popular and useful work also unfortunately erased historical European anti-fascist strategy whose approach to revolution differed from the caricature he presented.  To move beyond Wright’s important, yet misleading framework, one can even turn to DSA-founder Michael Harrington’s last book, Socialism: Past and Future.

Published in 1989, Harrington expanded upon his own earlier critique of the German social democratic party, specifically the electoral path to socialism as strategy against Hitler and the Nazis. Harrington would ultimately look to a leading member of that same party at the end of this book as the basis for what he referred to as a “new middle class” on the march of “visionary gradualism.”  That “new middle class” is not the “irreversible feature of the system” he thought it would be though.  Despite his misplaced optimism, rather than an electoral path to socialism, Harrington argued for the proliferation of “little republics” across the so-called USA, looking to Antonio Gramsci on a cross-class “historic bloc” and the Paris Commune of 1871.

This Paris Commune was catalyzed in defense against an outside force invading the city to restore the power of a monarch, a dictator supposedly appointed by god.  The commune in Paris sprung from socialist clubs that had formed throughout the city, and where feminists had been building internal systems of mutual aid for decades. They learned from a similar experience during the decline and fall of the republic twenty years earlier.  Marx referred to those socialist clubs in 1851 as “constituent assemblies” constituting a “proletarian commune” to sustain general strikes as a systemic alternative during that republic’s fall to dictatorship. Back then though, the left remained dependent on electoral approaches until it was too late.  Twenty years would pass before that dictator was overthrown and the Paris Commune of 1871 was born.

When it came to the German left against Hitler and the Nazis, Harrington criticized socialist strategy that solely relied on the republic and its supposed capacity for managed capitalist development.  Throughout Germany there were also autonomous councils in communities and workplaces, formed by people in both the socialist and communist parties who rejected orthodoxy in recognition of the threat posed by fascism.  Though these councils were identical to the socialist clubs in France, they also looked to the successful 1917 revolution in Russia, similarly catalyzed in defense against violent forces who sought to restore the power of a monarch.

Against the Nazis and using the Russian word for council, this approach was best described as a “Soviet Congress for a Soviet Germany,” socialist clubs as dual power with inherent mutual aid to sustain general strikes as another republic declined and fell. Harrington never wrote on this particular commune against Nazi fascism, but whether it is a little republic, soviet, assembly, council, or socialist club, they were all meant as systemic alternative, dual power in the midst of crisis.

But this is just European history.  No matter how important it is to learn from these past struggles, our fight against resurgent fascism is taking place in the settler colony known as the USA.  However, we can relate these European movements to historical forms of Black abolitionist mutual aid, communes, and the solidarity economy along with contemporary queer, feminist, Indigenous perspectives on communal resistance.

Going back to at least 1780, Black communities in both the north and south pooled resources, financial and otherwise, democratically deciding how to sustain the movement for abolition, most often led by women.  In some cases, this resulted in the formation of rural communes for raids on slave plantations.  Over time and up to the first decades of the twentieth century, “mutual aid societies” spread across the country.  These democratic organizations operated their own internal solidarity funds so members could support one another and from which the nation’s first Black church, first Black labor union, and first movement for Black reparations were born. They were like European socialist clubs, but far more sophisticated.

This important yet still largely hidden history informed Ella Baker’s work running the Young Negroes’ Cooperative League from 1930-1933.  As a chapter-based organization, each would first form a council made up of young Black leaders.  These councils sought to identify what critical infrastructure was needed in the community to then learn enough about cooperative development and solidarity economics to turn those ideas into reality.  Importantly, many of these chapters were located in the Jim Crow south.  The YNCL practiced a socialist strategy meant to help communities survive conditions of racial segregation and white supremacist violence, conditions that inspired Hitler himself.

Hitler was also inspired by the genocidal origins of the USA, the “cult of the covenant” at the core of our settler colonialism.   As such, Nazi fascism sought Lebensraum or “living space” in pursuit of their own version of the American Dream as “summons to empire” for war and holocaust.   Though fighting for bread and butter issues is imperative, especially in these times of profound crisis, the dream of universal middle classes masks a genocidal settler nightmare.  The actual alternative to resurgent fascism is not a more inclusive settler colony, but the proliferation of communal societies like what has repeatedly emerged from within sites of Indigenous resistance like Standing Rock, i.e. “caretaking relations, not American dreaming.”

Constant warnings of constitutional crisis means that defeating fascism at the ballot box is essential, but also fundamentally insufficient for the cause of multi-racial democracy and socialism.  The elections of 2022 and 2024 could lead us down the path of a possible quasi-constitutional fascist coup.  Without our own systemic alternative as dual power rooted in mutual aid and the solidarity economy, including to sustain an uprising, we could again be dependent upon the Joint Chiefs of Staff and the military to supposedly save democracy in a “color revolution” inspired by the CIA. [13]  Instead of repeating the mistakes made as other republics declined and fell, we have the chance to build an alternative as communes of resistance in process of formation from the midst of crisis.