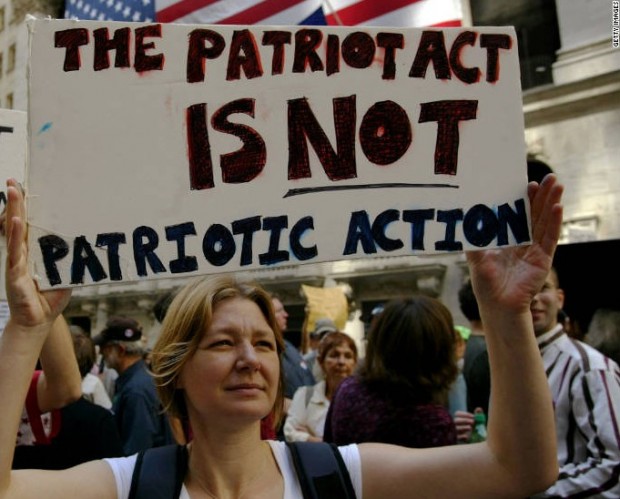 A coalition of advocacy groups from all sides of the political spectrum has joined forces to warn against Senate Majority Leader Mitch McConnell’s (R-Ky.) plan to renew expiring portions of the Patriot Act without changes.

Traditionally conservative organizations such as FreedomWorks and Gun Owners of America joined the American Civil Liberties Union, the NAACP and dozens of other groups to warn the Senate majority leader against his “clean” reauthorization of the national security law.

“In the absence of meaningful reform, it is unacceptable to rubber stamp reauthorization of an authority that the government has used to spy on millions of innocent Americans,” the groups told McConnell and other leaders of Congress on Wednesday.

“These bulk surveillance programs raise serious constitutional concerns, erode global confidence in the security of digital products, and are unnecessary for national security,” they added.

The backlash from both sides points to the perilous path for backers of McConnell’s effort, which is likely to engender opposition from liberal and conservative groups alike.

McConnell wants to extend, without changes, three provisions of the Patriot Act set to expire at the end of the month, including the section that the National Security Agency has relied on to collect records of millions of Americans’ phone calls. Privacy advocates say the NSA has used the program to invade people’s privacy, though intelligence officials maintain it is necessary to track the communications of suspected terrorists and foreign spies.

Instead, civil libertarians have demanded that Congress reform the law before reauthorizing it.

In the House next week, legislators are scheduled to vote on the USA Freedom Act, which would effectively end the NSA’s bulk phone records collection program, among other changes to current law.

The Senate version of the bill is backed by a wide swath of senators, from Sens. Ted Cruz (R-Texas) and Mike Lee (R-Utah) to Al Franken (D-Minn.) and Patrick Leahy (D-Vt.), but it might not be taken up by the upper chamber, even if it sails through the House, McConnell indicated on Tuesday. Instead, the majority leader’s “clean” reauthorization bill will likely become the baseline, he said, though the looming deadline might force legislators to act on a short-term extension and renew the law for just a few weeks.