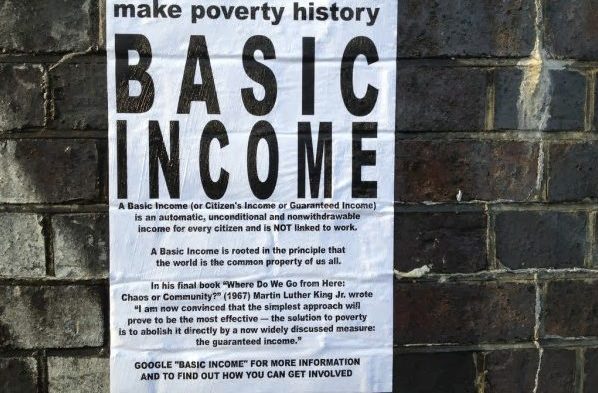 Charitable programs rob people of dignity and do nothing to lift them out of poverty, studies show. Their proliferation masks bigger problems

Children are socialized at a young age to believe that giving to charity is a venerable, altruistic practice. We are regularly inundated with advertisements to support children in the developing world. The message of giving to people labelled less fortunate is also championed at the local community level, particularly over the holiday season, when individuals are encouraged to think of people other than themselves. We pat ourselves on the back for the money, food and clothes collected to expand soup kitchens, food and clothing hampers and non-perishable food-bank donations.

Yet, what is the impact of these well-intentioned philanthropic acts? Charitable programs don’t lift anyone out of poverty, and there is a loss of dignity for those who use them.

This is illustrated in a qualitative study published in March 2017 in the Journal of Human Rights Practice. In it, my colleagues and I explored the experiences and perspectives of people using food banks in a mid-sized city in Southwestern Ontario. We found that the charitable-food system engenders human-rights violations. What is needed, instead, is a rights-based approach that promotes non-stigmatized forms of assistance. What we’re talking about here is a basic income.

Since the 1980s, financial vulnerability and food insecurity has grown across Canada. Rather than strengthening the social safety net, national and provincial governments, in exercising austerity measures, have set their sights on solutions born out of the philanthropic efforts of civil society. Unlike the United States, Canada does not have a federally funded food-assistance program. Governments at all levels rely on community-run food banks to secure food and cash donations to assist people experiencing food insecurity.

Something that was intended as a temporary response to hunger has proliferated over the last 30 years: Food banks have become institutionalized as the public solution to food insufficiency.

The food-bank model originated in the U.S. in the 1960s, but the model did not take root in Canada until the early 1980s. The first food bank in Canada opened in Edmonton in 1981 in response to an economic recession caused by an oil-industry bust. The economy improved over time, but the fortunes of many people hurt by the recession did not. Researchers argue that the expansion of food banks in Canada coincided with changes over time to dismantle the welfare state, and the concomitant breakdown of the social safety net. Now, there are more than 800 food banks, and 3,000 food programs across Canada. Something that was intended as a temporary response to hunger has proliferated over the last 30 years: Food banks have become institutionalized as the public solution to food insufficiency.

Yet, our study documented an abundance of barriers to food-bank access. As we explored the perspectives of 13 people experiencing food insecurity, we found they encountered: limited food selection, excessive eligibility rules, food shortages, narrow facility operating hours and difficulties with transportation. They also experienced profound stigma and shame. These findings are echoed in similar studies on charitable food programs.

When asked about alternatives to food banks, those in the study all said that what is truly needed is a solution that tackles income shortages, an approach that ensures people have money and the freedom to choose what food they buy. This is food with dignity. Food as a right.

The myth lingers that all people need to do to get ahead is to get a job and work hard. Yet, increasingly, more people are facing an extensive and arduous daily grind, with little guarantee that their circumstances will readily improve. Many people experiencing poverty are working – typically more than one so-called flexible job (read rotating weekends, late-night shifts) – and are still falling farther behind, often mired in a mountain of debt. Some rely on the two-to-three days’ worth of food allotted at their local food bank, often swallowing any measure of pride to do so.

Worse, as our study and other research have found, many people identified as the most severe food insecure – people in dire circumstances, regularly going without food – will never set foot into a food bank. Use among this population is only at about 40 percent; they’d rather starve than ask for charitable assistance.

It is not a matter of being down on your luck or misfortunate, as if people are somehow fated to live a life of poverty. It is the building blocks of society that reproduce poverty. Work conditions, unequal social relationships and the economy are all part of the problem: Some groups have historically been subject to racism, discrimination and inferior treatment while others have been accorded wealth and privilege.

For example, dynamics in the economy and labour market cause poverty. How many jobs are available, the nature and quality of those jobs, the availability of child care, the accessibility of advanced education and training, the affordability of housing, the extension of appropriate accommodations in the workplace, the accessibility of transportation systems, the ability for certain groups to climb the social ladder, the extension of income-security programs to buffer people in times of crisis: These are all factors that influence people’s slide into poverty and their ability to move out of it.

The decisions people make are ultimately shaped by these larger systemic forces. People might reduce their hours of work as they cannot find quality child care, or they might be reluctant to pursue post-secondary education with the prospect of crushing debt. These decisions are ultimately shaped by a lack of opportunities, not by personal deficiency. And then there is the psychological toll poverty takes: Mental-health issues can develop in the face of lingering unemployment.

Some people do have positive experiences using charitable programs and services, but for others, it is demoralizing, the lamentable expression of what it means to be poor. Janet Poppendieck, a sociology professor at Hunter College in New York, argued in her 1999 book, Sweet Charity? Emergency Food and the End of Entitlement, that food programs act as a moral safety valve. They let governments off the hook for meaningfully grappling with poverty in law and policy.

Canada is a signatory to international human-rights laws, conventions, and treaties that specify that it is committed to ensuring citizens have the right to food, housing and an adequate standard of living.

Rather than embedding these rights into the domestic legislative domain, the federal government has actively fought in the courts to ensure they are interpreted to be aspirational only, not rights that can be substantively claimed. Otherwise, people would have legal recourse should they be denied. Some places have added the progressive realization of the right to food (i.e., South Africa) or a vital minimum (i.e., Mexico City) into their constitutions, but Canada continues to eschew such a commitment.

Basic income is a solution increasingly surfacing in research and broadly in society. As an idea promoted through the ages (from a litany of leaders including Thomas Payne, Martin Luther King, Theodore Roosevelt), the literature on basic income is vast, documenting a host of positive health and social benefits produced from ensuring everyone has a minimum income floor. International research on (un)conditional cash transfers demonstrates that a basic income encourages entrepreneurialism, improves health and well-being, reduces poverty and health and social-care budgets while avoiding the pitfalls of stigmatized programming, and the intrusive monitoring of people’s lives and relationships that typically accompanies social-assistance programs.

Our study argues that a national strategy (such as the federal poverty-reduction strategy recently introduced) built on a basic income and human-rights framework is needed.

Charity – the primary solution in place to address poverty through breakfast programs, soup kitchens, food banks, community gardens, and the like – can only provide some measure of emergency relief. It cannot eradicate poverty. No one gets out of poverty by using charitable programs. The fundamental problem – a lack of financial resources – remains unchanged.

It is time to shift away from the charitable model to a rights-based approach, guaranteeing people the right to food. People must have access to an adequate income that allows them to obtain their own food, and do so “in normal and socially acceptable ways,” ensuring personal dignity and choice. The perpetuation of food banks ensures the charitable-food model is preserved, and people remain hungry.