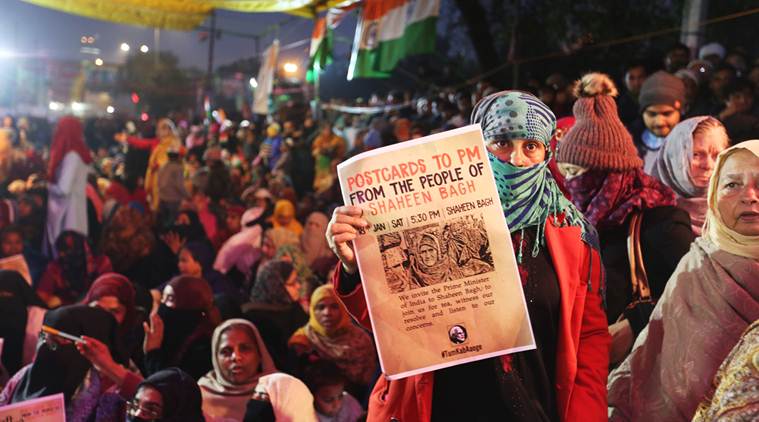 The other part of the movement, therefore, must be to deepen our unity and solidarity. It must address not just the state but each of us. In the end, the kind of country we become will be determined not by law or court judgments, but by whether love or hate colonises our hearts.

The Indian people have risen. Resolute both in their solidarity and their resistance, in cities and towns, and even villages across the country, people of various faiths and identities have spilled out in hundreds of thousands. With no single leader, at the vanguard of this rising are young people and working-class Muslim women. Its icons are Mahatma Gandhi and Babasaheb Ambedkar and its symbols the Tricolour and the Constitution. The national anthem, sung rousingly in every protest, has become a protest chant. With fear and silence broken, voices of dissent ring out. We are stirred by defiant poetry and slogans celebrating our solidarity and freedom, the country and the Constitution.

Those who worry about success mistake the character of the resistance. It is a grave error to view this merely as a battle against the CAA-NRIC-NPR trinity. It is a rebellion against the audacity of a government asking citizens to prove they belong. It is a warning that the government must listen to its people. It is a spontaneous rising against fear, hate, discrimination and violence, and the dangerous project of militarist Hindutva nationalism. It is an uprising against a government which demonises students, dissenters and minorities. It is the rejection of its failures to address the hopeless realities of everyday life, of joblessness, farm distress, violence against women and a broken economy.

It is apparent that the movement has already succeeded in numerous ways. Its paramount success is that it is the first national movement for Hindu-Muslim unity after Mahatma Gandhi was taken away from us. Indeed, it is a movement for the unity of people of various religious and caste identities. When poor Sikh farmers camp cold nights in Shaheen Bagh to prepare langar with desi ghee for their protesting sisters, it represents the triumph of what is finest in our civilisational traditions. “We have seen the suffering of 1947”, one says. “We want to ensure that this never happens again”.

A second success of the movement has been the re-politicisation of students in universities across India. For too long, most universities had become sterile sites deprived of both political and ethical reflection. Today students are teaching their elders not to hate, showing the way to a more caring and equal country.

A third accomplishment is the reassurance to India’s Muslim people. For Muslims, the past years have been harrowing and terrifying. Muslims were rendered politically irrelevant, and were treated as a political liability to every party. Bigotry, hate speech and lynching became an acceptable part of everyday life. I have travelled to protest sites in every corner of the country. In protests inspired by Shaheen Bagh led by Muslim women, I find the mood electrically festive. Less protests, these are more celebrations of the reassurance that India still is equally their country, that the promises of Mahatma Gandhi and the Constitution were not empty, that we all stand together. This same sentiment permeates rallies of lakhs I have addressed, where men in skullcaps and women in hijabs joyfully wave the national flag, shoulder to shoulder with Indians of other faiths.

A fourth achievement is the reclaiming of the idea of nationalism by those Indians who include and unite rather than divide. Those who truly love their country would not want it to be divided by hate, fear and violence. The resentful divisive nationalism of the right has been fittingly replaced by the patriotism of Tagore and Gandhi, in which you love your country by loving all its people, and respecting every other country.

A fifth victory is in making the Constitution the soul of the people’s movement. I get goose bumps each time, in mass as well as street-corner protests, when, usually led by young girls, crowds reverentially recite the Preamble of the Constitution. It is apt that “we the people of India” have come together to defend the Constitution at a time when it is most threatened.

The final triumph of the movement is that it compelled reluctant, morally ambiguous non-BJP parties to take a stand to defend the Constitution, which they were willing to betray for petty considerations. It has also clearly rattled the Union government, leading it to lie that the NRC had not been its agenda, that detention centres don’t exist; and the obsession with Shaheen Bagh in the Delhi elections.

I am convinced that the movement must ride on these brilliant successes to move into its next phase. Whereas protests and rallies will continue as long as people have the stamina and conviction to persist with these, the main focus of the movement must shift to non-cooperation with the NPR, due to roll out from April. If the NPR is allowed, it will allow the Union government at any time of its choosing to identify “doubtful citizens” for exclusion from a NRIC.

A flawless NPR-NRIC is an unimplementable project. Its real aim is to push all of India’s Muslims, and with them vulnerable and dissenting groups, into permanent dread of when they could be disenfranchised and interred in detention camps. The movement must therefore compel state governments to refuse to implement NPR and to decouple it from the census, which must continue.

It would be unconscionable for a movement to defend the Constitution for all of us to ride on the shoulders of India’s Muslims. who would be most brutally targeted for their non-cooperation in the present regime. The call for citizen boycott of NPR must focus on non-Muslims, because for Muslims the cost of disobedience will be intense and grave.

Finally, let us heed Maulana Azad: “Today if an angel were to descend from the Heaven and declare from the heights of the Qutab Minar that India will get Swaraj within 24 hours provided she relinquishes Hindu Muslim unity, I will relinquish Swaraj rather than give up Hindu Muslim unity. Delay in the attainment of Swaraj will be a loss to India but if our unity is lost it will be a loss to entire mankind.’

The other part of the movement, therefore, must be to deepen our unity and solidarity. It must address not just the state but each of us. In the end, the kind of country we become will be determined not by law or court judgments, but by whether love or hate colonises our hearts.