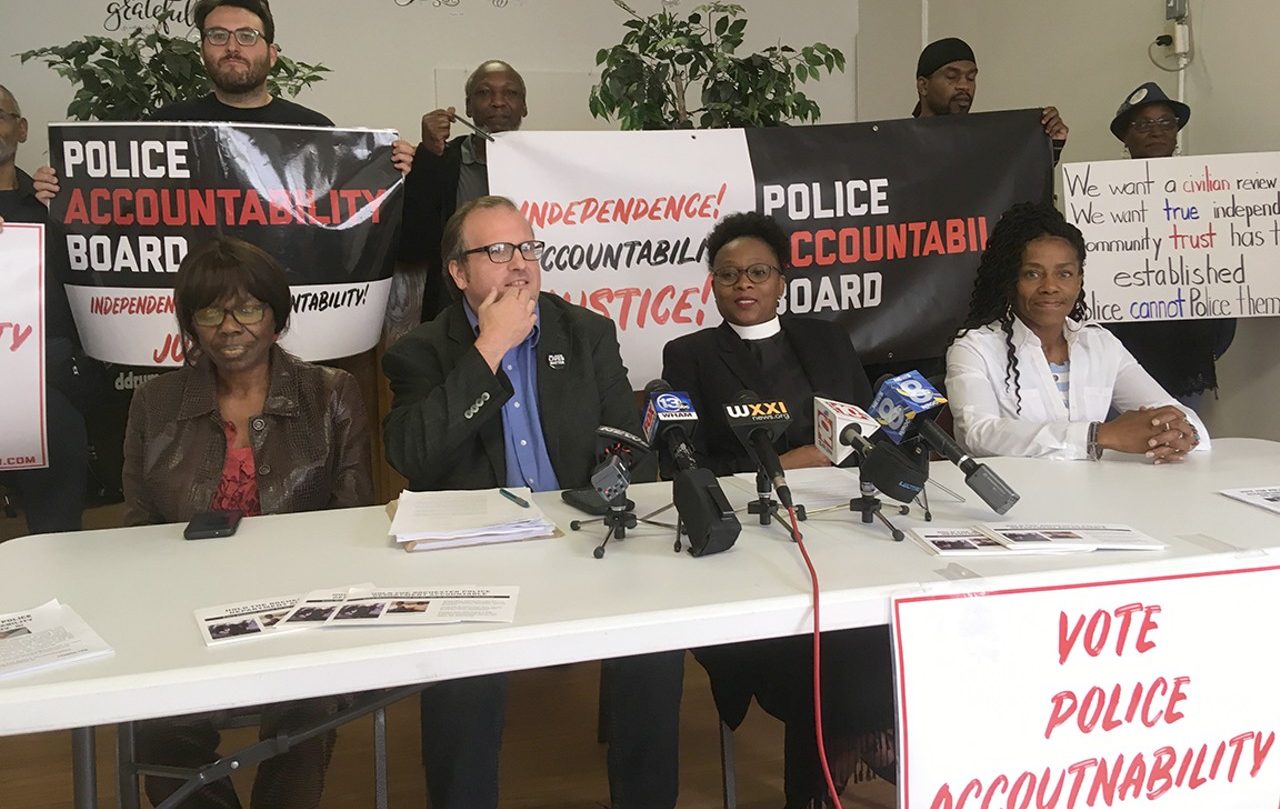 An important conference, the Refounding of the National Alliance Against Racist and Political Repression, which will include this issue, will be held from Nov. 22-24 in Chicago. More than 300 have registered for this conference already and more are registering each day. At the Black is Back rally and conference this weekend in Washington, DC, community control of the police was emphasized. The phrase they used was Black Community Control of the Police. Community control of police is a necessary step to reining in abusive policing and police murders in black communities.

Margaret Flowers and I interviewed the lead organizer in Chicago, Frank Chapman, in our most recent radio show. Chapman explains how they have organized to build support for the issue and puts the issue in a historical perspective going back to the Reconstruction Era when black communities in the south briefly had community control of the police. You can listen to the interview” Campaign for Community Control of Police Goes National. The first half of the show is Margaret and me talking about current issues, the second half-hour is the Chapman interview.

The key to the Chicago bill is the election of the Civilian Police Accountability Council (CPAC). You can read the bill Creating the Civilian Police Accountability Council. This is an elected council, not appointed or even partially appointed. The heart of the Chicago bill creating CPAC is its broad powers. Here is the list from the bill:

The CPAC shall exercise the following powers:

City of Rochester voters on Tuesday overwhelmingly approved the creation of Police Accountability Board, setting the stage for a legal challenge from the union representing city police.

Whether to create such a board was put to voters in the form of a referendum that, with about 50 percent of election districts reporting, passed by a vote of 76 to 23 percent.

Under the law that created the board, the City Council, Mayor Lovely Warren, and the Police Accountability Board Alliance – a coalition of community organizations that championed the creation of the board – now have 90 days to get the board on its feet.

That means choosing nine members, and hiring an executive director and several full-time staff members to work on its behalf. Alliance members said they have already begun making its choices.

Once the board is chosen and the staff hired, members will have to learn police regulations so they can determine whether officers have violated them. They’ll also have to create a disciplinary matrix to figure out which punishments are applicable for which violations.

The union already filed one lawsuit to keep the referendum off the ballot and to get the law that created the board struck down. The union wasn’t successful, but Michael Mazzeo, president of the Rochester Locust Club has made it clear that more litigation is coming.

Mazzeo has said repeatedly that the board violates collective bargaining agreements, due process rights as well as state and federal laws.